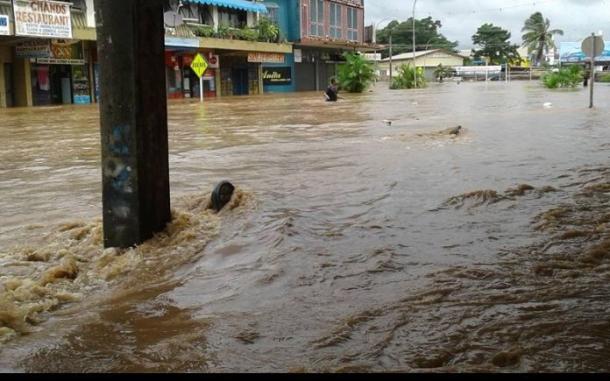 Fiji is to press ahead with an early warning system for floods. Experts, staff of the Fiji Meteorological Service and Disaster Management Office met in Nadi, Fiji from 12 to 16 November 2018, to discuss the implementation of the Flash Flood Guidance System (FFGS). The meeting discussed and developed a work plan for the implementation of FijiFFGS, a name chosen to ensure ownership of the project, and show that its applications are specifically targeting the islands of Fiji.

Flash floods are  a very significant hazard worldwide, causing the highest number of deaths per number of people affected. Natural flash floods are caused by intense rainfall from slow moving thunderstorms and tropical cyclones, rainfall over hills and mountains, condition of the soil and surrounding environment, and sudden release of impounded water from natural dam. Flash floods are hydro-meteorological events and require meteorology and hydrology expertise.

In Fiji, flash floods are common hazardous events that pose a serious threat to populations. In recent years, floods and landslides have claimed lives of people, damages to properties and infrastructure, putting back decades of development, and disruption to business and livelihoods. In February 2017, parts of the Nadi area were under water as continual heavy rain created multiple flash flooding events. In April of 2018, tropical cyclone “Josie” brought torrential weekend rains and flooding in the town of Ba on the island of Viti Levu, causing four fatalities, and another presumed drowned.

Fiji FFGS is funded by the Climate Risk Early Warning System (CREWS) Initiative and Environment and Climate Change Canada (ECCC), and implemented by the World Meteorological Organization (WMO) and the Hydrological Research Center (HRC). It uses the best science of meteorology and hydrology to further improve the quality and lead-time for early warning of flash flooding.

The Flash Flood Guidance System will supplement existing systems for monitoring and early warning for floods in the Fiji Islands. The FijiFFGS will provide guidance to the Fiji Meteorological Service’s weather experts to generate and issue operational flash flood forecasts and warnings with improved lead-time and sites’ specific.

The entire WMO community mourns the passing of Fiji Meteorological Service Director Ravind Kumar, who passed away unexpectedly on 18 November. Mr Kumar worked for the meteorological service for nearly 30 years. He was an active proponent for improved early warning systems and weather forecasts. He guided Fiji’s planned implementation of the Flash Flood Guidance System and its participation in a Coastal Inundation Forecast Project. WMO sends condolences to his family and to the Fiji Meteorological Services.