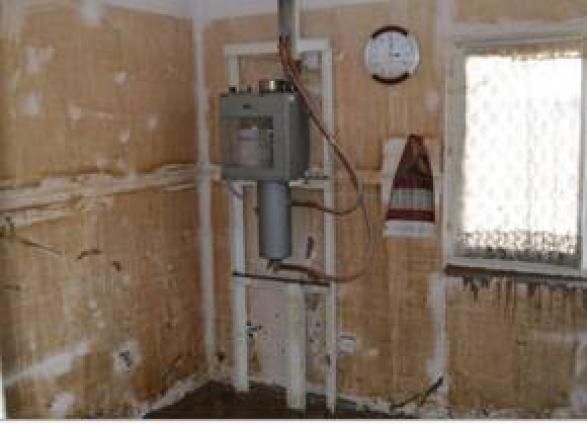 Bosnia and Herzegovina, Croatia and Serbia are assessing the economic cost and human toll of devastating floods caused by some of the heaviest rainfall on record. Meteorological and hydrological services in the region provided accurate and regular advance warnings of the risks from the deluge, thus helping to limit but not avert casualties. Without these warnings the loss of life could have been even higher.

Building on existing cooperation frameworks, the National Meteorological and Hydrological Services of Bosnia and Herzegovina, Croatia and Serbia plan to form a joint team for a detailed analysis of the disaster. The floods and landslides killed at least 46 people, forced thousands of people from their homes, caused millions of Euros in damage, left vast areas under water, threatened power plants and disrupted water and electricity supplies. The catastrophe rolled back socio-economic development by years.

Heavy rainfall which started in mid-April intensified 9 May. More than 100 mm of rainfall was recorded in parts of the region on 14 and 15 May because of a stationary low pressure system.

In Serbia there were unprecedented water levels in many rivers especially the Sava, Mlava and Kolubara Rivers, resulting in widespread flooding and landslides across the country. In Bosnia-Herzegovina, the rivers of Bosna and Vrbas exceeded the flood emergency levels on 19 May, affecting mostly the north, central and eastern parts of the country. Following the heavy rains, floodwaters triggered 2 000 to 3 000 landslides. 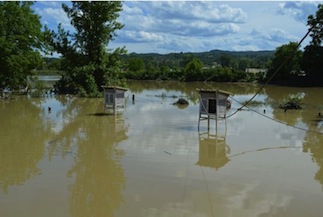 The disaster highlights the importance of a two-year project co-managed by the World Meteorological Organization and the UN International Strategy for Disaster Risk Reduction (UNISDR) to increase resilience to weather and climate extremes in the Western Balkans and Turkey. This IPA (Instrument for Pre-accession Assistance) project is funded by the European Commission Directorate General for Enlargement.

As part of the project, a training workshop on flood loss assessment was held in Sarajevo 12-14 May, on the eve of the flooding. Methodologies and examples were presented. These focused on how to assess the losses from a single flood event. They are also focused on how to estimate the reduction in flood losses by implementing mitigation measures.

The IPA project also helped Bosnia and Herzegovina join MeteoAlarm in February. The www.meteolarm.eu website provides comprehensive and coherent weather warnings across Europe and is an important tool in disaster management and public safety.

Bosnia-Herzegovina, Croatia and Serbia, together with Albania, Montenegro, the former Yugoslav Republic of Macedonia, Moldova and Slovenia are participating in the South Eastern Europe Flash Flood Guidance System, a project funded by USAID and started in 2013 aiming to provide guidance, based on physically-based hydrological modelling, on the potential threat of flash floods occuring.

Bosnia and Herzegovina, Croatia and Serbia all issued top-level red alerts and amber warnings about the extreme rainfall last week, informing water and disaster management authorities of the hazards. The Republic Hydrometeorological Service of Serbia received public praise from the government for its timely and accurate meteorological and hydrological warnings about the extreme precipitation quantity and exceptionally high water levels, and distributed them promptly throughout the disaster risk reduction system. Without these warnings the death toll might have been even higher.

The full extent of the damage to meteorological and hydrological equipment will be assessed as soon as the waters recede.

An initial assessment from the Republic Hydrometeorological Service in Banja Luka (Republic of Srpska, Bosnia and Herzegovina) reported that its meteorological station in the town of Doboj was completely flooded, logbooks with archived data were destroyed as well as meteorological and hydrological and seismological instruments.

The Federal Hydrometeorological Institute, based in Sarajevo, also reported some damage to its property and equipment in the town of Sanski Most.