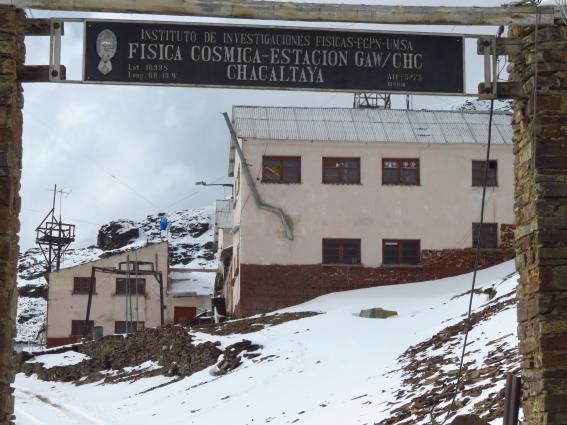 WMO Executive Council has given its backing to the science implementation plan for a new Integrated Global Greenhouse Gas Information System (IG3IS) to help guide emission-reduction actions under the Paris Agreement on climate change.

Concentrations of greenhouse gases, including carbon dioxide, have reached record highs, leading to a rise in global temperatures, glacial retreat, sea-level rise and other negative impacts.

The Paris Agreement aims to keep temperature increases by the end of the century to well under 2° Celsius above the pre-industrial era. It intends to achieve its goal via “nationally determined contributions” (NDCs) that vary by national capability and level of economic development.  The best indicator of the success of the NDCs – and of action combatting climate change  – are the very measurements of atmospheric GHG concentrations that stimulated action on climate change.

With this motivation, IG3IS will be a consistent, reliable, and transparent framework for the use of science-based information in the planning and tracking of emission reduction policies and actions. This will be the ultimate way for individual governments to clearly gauge whether their nationally-determined actions are adding up to the desired global outcomes.

“Science has been the one to warn the global community of the rise in greenhouse gas concentrations. Science provided information on the impact of climate change. Now it is time for science to take action to provide solutions,” said Peter Binder, permanent representative to WMO from Switzerland, which has offered to host the project office for the greenhouse gas information system.

“This feels like a hugely significant step forward in developing tools needed to meet the goals of the Paris Agreement.  It will help us integrate certainty into mitigation and adaptation,” Baroness Bryony Worthington, of the Environmental Defense Fund, told WMO Executive Council.

The WMO Global Atmosphere Watch measurement network and standards will form the backbone of the new system. Global Atmosphere Watch stations are situated all over the world, including in Polar regions, high in the mountains and on tropical islands. The highest station is Chacaltaya Climate Change Station in Bolivia (in picture), situated at 5275 meters. It  is one of the few stations in the tropical Andes and thus in a good position to sample not only the free troposhere over tropical South America, but also the polluted signal from nearby La Paz as well and the biomass burning signal from the Amazon jungle.

In order for the global greenhouse gas information system to reach its full potential, the focus, and location of measurement sites, must expand from remote locations to key greenhouse gas source regions, where emission reduction is taking place or is needed.

WMO Executive Council endorsed the IG3IS concept paper in 2017. In its latest decision, it backed the scientific implementation plan.

Objectives of the scientific implementation plan include:

3) provide subnational entities such as cities and states with actionable information on their GHG emissions at the needed spatial, temporal and sectoral resolution to evaluate and guide emission reduction.

WMO Development Partnerships Director, Markus Repnik, said that the future success of the greenhouse gas monitoring system would depend on its credibility as an authoritative source of measurements; commitment by governments and investment partners to implement it at global level; and cash to ensure a secure financial basis.