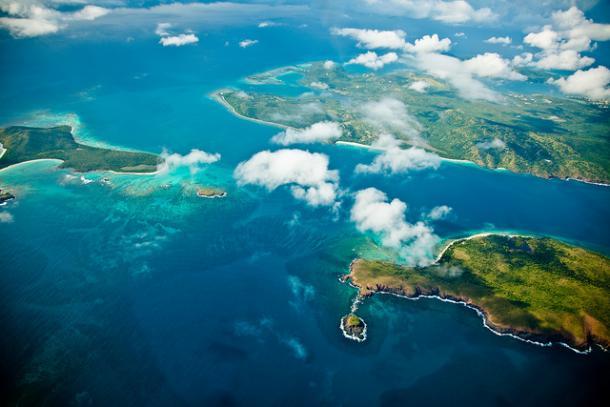 The Climate Risk and Early Warning Systems (CREWS) initiative and World Meteorological Organization were among the supporters of the event.

“The voyage to a resilient and sustainable future is not one that is taken alone, but by a movement of cities, states, islands and countries working together to shape the future we want,” according to Tommy E. Remengesau Jr., President of Palau.

Islands are on the frontline of global changes and severely feeling the impacts from climate change and resource depletion to urban growth, health threats and food pressures.

Cyclone Winston in Fiji resulted in loss of life of 44 people as well as estimated damages to from infrastructure to environment as 31% of GDP (US$1.38 billion) anticipated recovery of agriculture and fisheries sectors will take 3 to 10 years. Hurricanes Irma and Maria this year caused a trail of devastation in the Caribbean, reversing sustainable development gains in the affected islands and making some virtually inhabitable. 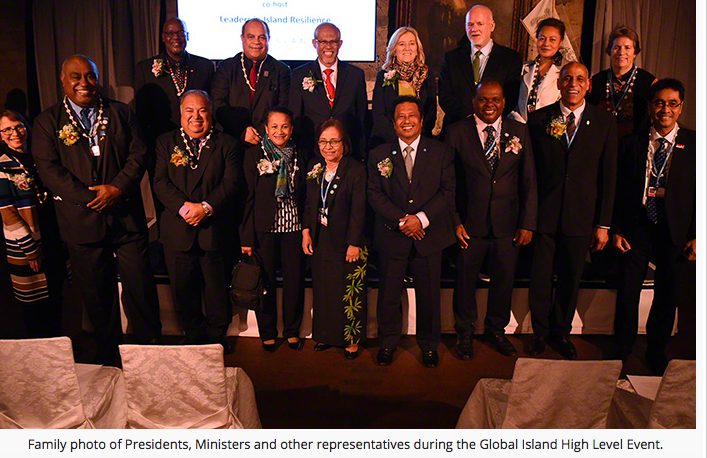 The Global Island Partnership has therefore mobilized a movement of island leaders and their supporters taking action to build island resilience. To build on this momentum and to support strong outcomes for Fiji’s presidency of the UN climate change negotiations known as COP 23, the Global Island Partnership coordinated a high-level event to showcase the island leaders and their solutions at the forefront of the movement and united in strong partnerships building island resilience.

The event on 15 November showcased how integrated island solutions are addressing climate adaptation as well as building preparedness for extreme events and early warning systems and continue to build the movement of people to take action to build island resilience globally. It was attended by heads of state and ministers and by United Nations special envoy for the ocean, Peter Thomson, the former president of the UN General Assembly.

WMO Director for Development and Regional Activities, Mary Power, stressed the importance of meteorological services to aid decisions as a tool for disaster management, climate change adaptation and resilience.

A separate event during COP23 showcased Climate Services for Small Island Developing States (SIDS) and Least Developed Countries. It highlighted the work of the Global Framework for Climate Services in building capacity in climate-vulnerable developing countries. This side event brought together partners collaborating under the GFCS who are implementing activities to help SIDS and LDCs understand, access, develop, and use climate information and services in support of decision-making and adaptation action in climate-sensitive sectors.