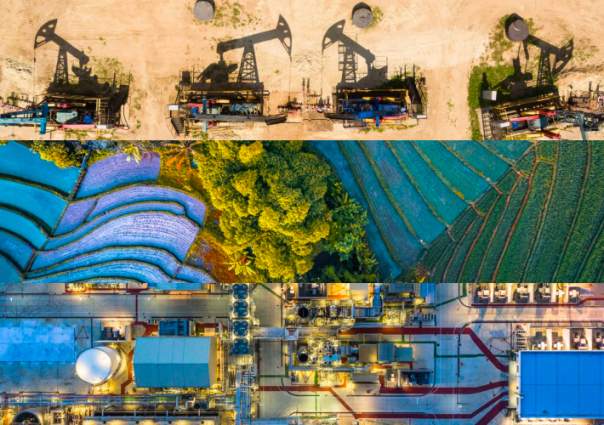 A Global Methane Assessment released by the Climate and Clean Air Coalition (CCAC) and the United Nations Environment Programme (UNEP) shows that human-caused methane emissions can be reduced by up to 45 per cent this decade.

Such reductions would avoid nearly 0.3°C of global warming by 2045 and would be consistent with keeping the Paris Climate Agreement’s goal to limit global temperature rise to 1.5 degrees Celsius (1.5˚C) within reach.

The assessment, for the first time, integrates the climate and air pollution costs and benefits from methane mitigation. Because methane is a key ingredient in the formation of ground-level ozone (smog), a powerful climate forcer and dangerous air pollutant, a 45 per cent reduction of its emissions would prevent 260 000 premature deaths, 775 000 asthma-related hospital visits, 73 billion hours of lost labour from extreme heat, and 25 million tonnes of crop losses annually.

“Cutting methane is the strongest lever we have to slow climate change over the next 25 years and complements necessary efforts to reduce carbon dioxide. The benefits to society, economies, and the environment are numerous and far outweigh the cost. We need international cooperation to urgently reduce methane emissions as much as possible this decade” said Inger Andersen, Executive Director of UNEP.

Methane is a powerful greenhouse gas which remains in the atmosphere for about  a decade – a much shorter lifetime than carbon dioxide. Observations of methane in the global atmosphere are coordinated by the World Meteorological Organization’s Global Atmosphere Watch Programme. Based on these observations WMO documented that globally averaged methane concentrations were 260% of pre-industrial levels in 2019 at 1 877 parts per billion, according to the WMO Greenhouse Gas Bulletin.  Global methane levels were increasing at 12 parts per billion per year during the late 1980s, and the growth was stagnated during 1999–2006. Since 2007, atmospheric CH4 has been increasing again with increased emissions from wetlands in the tropics and from anthropogenic sources at the mid-latitudes of the northern hemisphere as the likely causes of this increase.

Methane contributes about 16% of the radiative forcing by long-lived greenhouse gases. Approximately 40% of methane is emitted into the atmosphere by natural sources (e.g., wetlands and termites), and about 60% comes from anthropogenic sources (e.g., ruminants, rice agriculture, fossil fuel exploitation, landfills and biomass burning).

These sectors are usually associated with a large uncertainty that has been articulated by the stakeholder community.

The assessment identifies measures that specifically target methane emission. By implementing these readily available solutions methane emissions can be reduced by 30 per cent by 2030. Most are in the fossil fuel sector where it is relatively easily to locate and fix methane leaks and reduce venting. There are also targeted measures that can be used in the waste and agriculture sectors.

Of particular interest to IG3IS are methane emissions from the oil and gas supply chain. This is because the industry is a system that in comparison with other anthropogenic sources (e.g. agriculture) is more physically concentrated and the number of actors is also relatively limited, which facilitates the implementation of mitigation strategies. Additionally, this industry has much to gain by understanding their methane emissions, as each volume lost equates to a loss in money and resources.

Overall, tackling methane emissions is a great target for IG3IS technologies, as it has the potential to create a large global impact. Recent estimates suggest that global fossil methane emissions (natural gas, oil, and coal production and use) could be 20-60% higher than current estimates. This highlights both the importance of mitigation of methane emissions from the oil and gas industry and the urgent need for comprehensive information on emission sources.

Drew Shindell, who chaired the assessment for the CCAC, and is Professor of Climate Science at Duke University, said urgent steps must be taken to reduce methane emissions this decade.

“To achieve global climate goals, we must reduce methane emissions while also urgently reducing carbon dioxide emissions,” Dr Shindell said. “The good news is that most of the required actions bring not only climate benefits but also health and financial benefits, and all the technology needed is already available.”

The assessment was compiled by an international team of scientists using state-of-the-art composition and climate models and policy analyses from four leading research centres to create the most comprehensive benefits and costs analysis of methane mitigation options assembled to date. The assessment analyses national level impacts for every country and regional mitigation potential to help policy makers assess global and local costs, which sectors to target, and the effects of methane reductions.