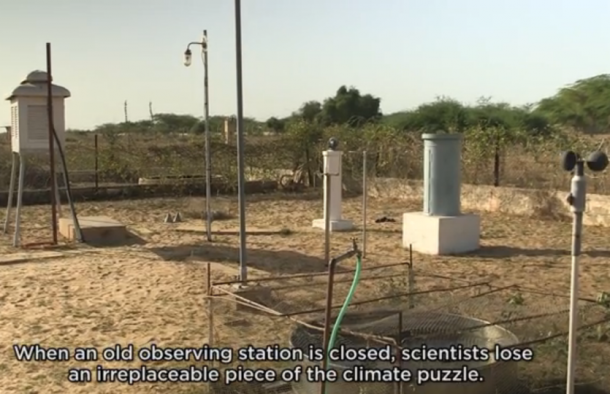 Recognizing the need to sustain long-term datasets of observations relevant to climate research and services, the WMO Executive Council has decided to establish “a mechanism for WMO recognition of long-term observing stations.” Based on the concept of “Centennial Observing Stations,” the decision seeks to promote awareness of the importance of weather stations that have 100 or more years of weather observations. To qualify as Centennials, stations must satisfy an agreed list of requirements and be nominated by their Government.

Although modern weather and climate observations are often gathered by satellites and other high-tech instruments, continuous observations from thermometers, rain gauges and other traditional instruments remain essential as a reference. Without them, it would not be possible to confirm that the Earth has warmed significantly over the past century. However, measuring sites can be closed due to budget cuts or moved to a different location, making long-term comparisons difficult. Without appropriate recognition, long-term observing stations too are at risk.

To promote awareness of the importance of safeguarding long-term climate records, WMO has produced a five-minute video that can be viewed in English, French, Russian and Spanish.