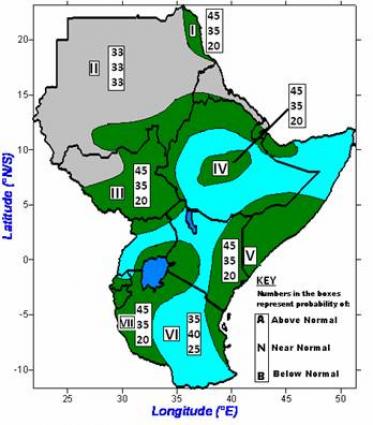 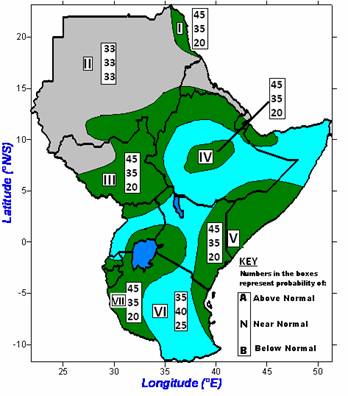 The Greater Horn of Africa Climate Outlook Forum has concluded that, in the forthcoming September-December rainy season, most parts of the region are likely to receive near normal to above normal rainfall.

The Forum issued a consensus-based regional climate outlook following a review of the current and expected future state of the global climate system, large-scale climate anomalies and their implications for the 11 countries in the Greater Horn of Africa region. Meteorological experts as well as representatives from disaster risk management, water resources, agriculture and food security, health and development sectors were among the participants. The forum session held from 29 to 31 August 2012 in Zanzibar, United Republic of Tanzania, was convened by the Intergovernmental Authority on Development’s Climate Prediction and Applications Centre (ICPAC) with the support of the World Meteorological Organization (WMO) and other partners, and hosted by the Tanzanian Meteorological Agency.

September to December constitutes the second most important rainfall season, after the March-May rainfall season, over southern Somalia and other equatorial parts of the Greater Horn of Africa (Kenya, Uganda, Burundi, Rwanda and northern Tanzania). >> More