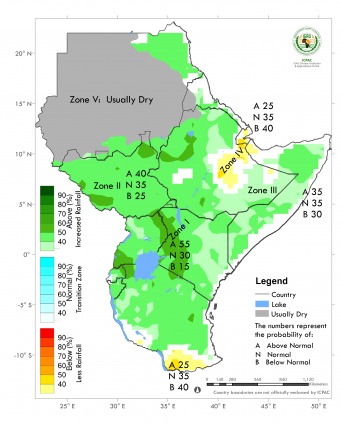 The Greater Horn of Africa Climate Outlook Forum (GHACOF) has issued its forecast for March, April, May, which is an important rainfall season for large parts of the region.

The forecast indicates a high likelihood of a wetter than usual season in western Kenya, south-western and eastern Uganda as well as eastern Rwanda and western parts of South Sudan.  It is likely that episodic rainfall events might lead to flash floods in these areas.

“Considering October, November and December rainfall season was one of the wettest on record, leading to major floods across the region, which affected infrastructure and livelihoods, stakeholders are advised to remain vigilant and implement the required mitigation measures,” according to the outlook.

The heavy and widespread rains since October have contributed to the worst Desert locust outbreak to hit East Africa for the past 25 years. In Kenya, it is the worst in 70 years.

According to the seasonal outlook,  drier than usual conditions are expected over central and north-eastern Ethiopia and southern Tanzania. 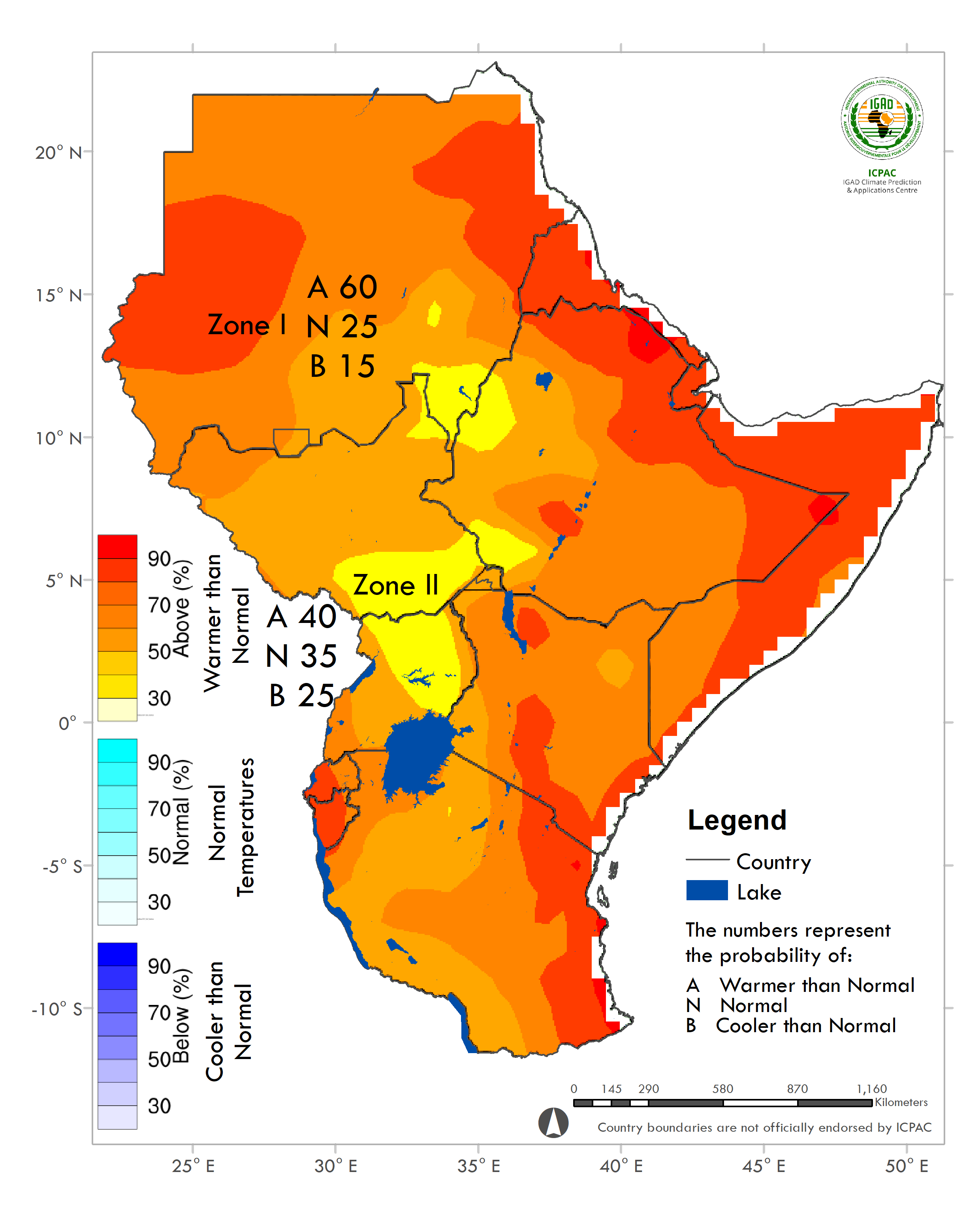 Higher than usual temperatures are expected over much of the region, in particular, eastern Tanzania, eastern Somalia, eastern Ethiopia, south-western Kenya, western Rwanda, much of Eritrea and Burundi as well as eastern and south-western Sudan.

Regional and national authorities are encouraged to use this seasonal forecast for planning and to update it with ten days and monthly forecasts provided by ICPAC and National Meteorological Services.

GHACOF was convened from 27 to 29 January 2020 by the IGAD Climate Prediction and Applications Centre (ICPAC) in collaboration with Kenya Meteorological Department (KMD) and other partners.

It brought together climate services providers and users from key socio-economic sectors, governmental and non-governmental organisations, decision-makers, climate scientists, and civil society stakeholders, among others, to discuss impacts and mitigation measures for the upcoming season.

WMO supports regional climate outlook forums, which combine forecasting products from a variety of different models into a single consensus outlook. National meteorological services then downscale the regional outlook into national and local forecasts. GHACOF is one of the oldest and best established of the network.

WMO participated in a Marketplace session and informed the meeting about the HighWAY Project. The presentation focused on the improved early warning systems introduced by the project in the economically important Lake Victoria Basin to benefit mainly the fishing community. The countries served include Kenya, Rwanda, Tanzania and Uganda.

The Highway project has already restored two upper air observations in the whole of East Africa which are now leading to better quality forecasts. Two additional upper air stations are currently being restored and will also shortly be availing additional upper air data to the Global Telecommunications System (GTS).

Weather Radars are being repaired in the participating countries to capture particularly small-scale weather systems which often lead to deaths of fishermen. The project is now focusing on a sustainability plan to ensure that the early warnings system is sustained beyond the project end date of September 2020.