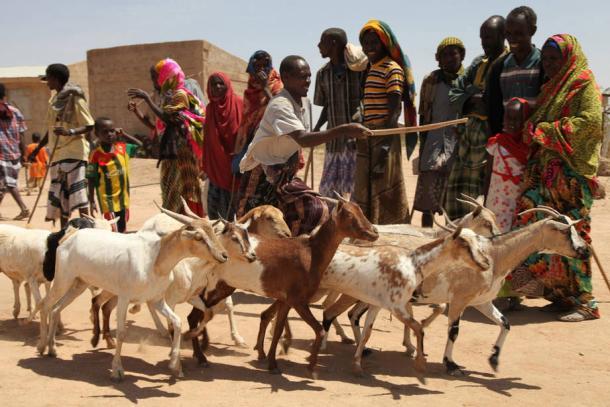 The Greater Horn of Africa Climate Outlook Forum has issued its seasonal outlook for the forthcoming March to May period, which is an important rainfall season over the equatorial parts of the region. Drought-hit areas including Somalia, southeastern Ethiopia and western Kenya may, once again, receive depressed rainfall, with far-reaching socio-economic and humanitarian implications.

WMO supports an extensive network of regional climate outlook forums which issue seasonal forecasts for rainfall and temperatures. The Greater Horn of Africa Climate Outlook Forum, which met from 12-14 February in Mombasa, Kenya, was organized by the Intergovernmental Authority on Development Climate Prediction and Applications Centre (ICPAC) a designated WMO Regional Climate Centre. The forum brings together National Meteorological and Hydrological Services from the region, climate scientists and representatives of climate sensitive sectors like agriculture, water resources and disaster management. 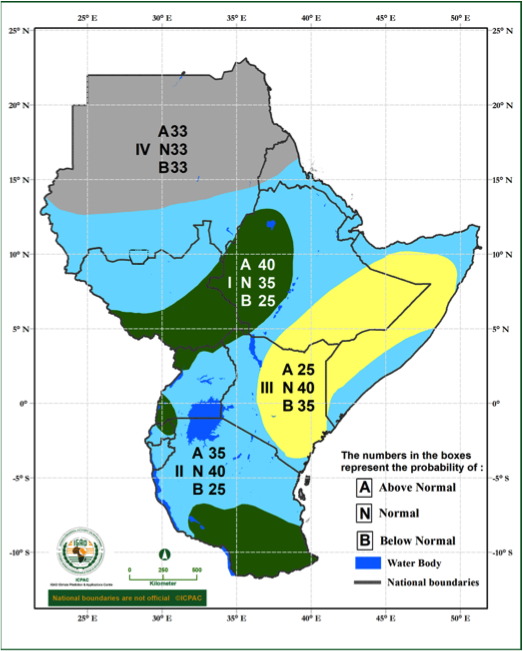 However, there is an increased likelihood of normal to below normal rainfall over much of Somalia, southeastern Ethiopia and eastern Kenya. These areas are likely to experience a further deterioration of pasture and crop conditions, increased water stress, migration of pastoralists, loss of livestock, human wildlife-conflict, and increased tension in pastoral areas among others, according to ICPAC experts.

“This scenario is compounded by the fact that most of these areas experienced rainfall deficits below 75% of Long Term Average between October 2017 and Jan 2018. The failed rainy seasons and the likelihood of a continued below normal rains over the above areas in the coming months is likely to erode further the coping capacities of communities (mainly agro-pastoralists),” according to ICPAC.

“Extreme Climatic conditions (poor rainfall, drought) have increased vulnerabilities due to loss of crops, livelihoods and livestock. Poor rainfall is expected to continue to drive humanitarian needs over the coming months, particularly in most parts of Somalia, South East Ethiopia and eastern Kenya. With needs remaining high, funding levels will need to be sustained and, in some areas, increased,” according to ICPAC.

The major processes considered are the evolutions of the global sea surface temperatures including the neutral phase of the Indian Ocean Dipole and the anticipated transition in the Central Equatorial Pacific from La Niña to ENSO-Neutral conditions during the forecast period. Regional circulation systems that predominantly influence climate over the region during this season were also taken into consideration.

This outlook is relevant only for the March-May 2018 season for relatively large areas of the region. Local and month-to-month variations might occur as the season progresses. National Meteorological and Hydrological Services will downscale this forecast to country level and provide detailed national and sub-national updates.