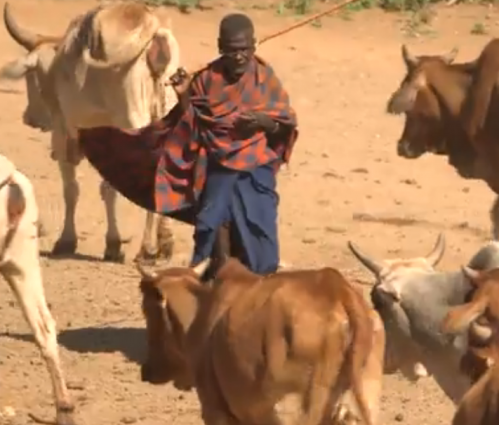 The Integrated Drought Management Programme (IDMP), which is co-sponsored by the World Meteorological Organization (WMO), the Global Water Partnership (GWP) and some 30 other partners, has officially released the “Handbook of Drought Indicators and Indices” on the sidelines of the African Drought Conference, which is taking place here from 15 to 19 August.

“The Handbook addresses the needs of practitioners and policymakers, and is not an academic paper,” said Robert Stefanski, Chief, Agricultural Meteorology Division at WMO. “It is based on available literature and draws findings from relevant works wherever possible. The purpose of the handbook is to present some of the most commonly used drought indicators and indices that are being applied across drought-prone regions.”

The goal is to advance monitoring, early-warning and information-delivery systems in support of risk-based drought management policies and preparedness plans. These concepts and indicators and indices are outlined in the Handbook, which is a “living document” that will evolve and integrate new indicators and indices as they come to light and are applied in the future.

The handbook is aimed at those who want to generate indicators and indices themselves, as well as for those who simply want to obtain and use products that are generated elsewhere. It is intended for use by general drought practitioners such as meteorological/ hydrological services and ministries, resource managers and other decision-makers.

“The handbook aims to serve as a starting point, showing which indicators and indices are available and being put into practice around the world”, said Frederik Pischke, GWP’s Senior Programme Officer for International Climate and Hydrology. “In addition, the handbook has been designed with drought risk management processes in mind. However, this publication does not aim to recommend a ‘best’ set of indicators and indices. The choice of indicators and indices is based on the specific characteristics of droughts most closely associated with the impacts of concern to the stakeholders.”

This publication is part of the ‘Integrated Drought Management Tools and Guidelines Series’, compiled by the Integrated Drought Management Programme (IDMP). The IDMP was launched at the High Level Meeting on National Drought Policies in March 2013. IDMP works with a wide range of partners with the objective of supporting stakeholders at all levels. IDMP provides its partners with policy and management guidance through globally coordinated generation of scientific information and sharing best practices and knowledge for integrated drought management.

IDMP contributes to the Global Framework for Climate Services (GFCS), especially regarding the GFCS priority areas of disaster risk reduction, water, agriculture and food security, energy and health. It seeks to support regions and countries in developing more proactive drought policies and better predictive mechanisms. This handbook contributes to that objective.