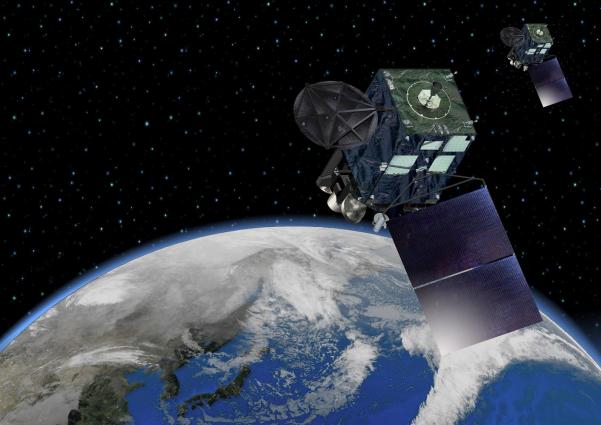 Thanks to the HimawariCast project led by WMO and the Japan Meteorological Agency, 14 countries in the Asia-Pacific can now access vital meteorological data from the Himawari-8 satellite. The project is sending teams to each of the countries to provide technical assistance for obtaining and using the data. As presented on the side lines of this week’s meeting of the WM Executive Council, the aim is to ensure that Himawari-8 data will continue to support improved preparedness in the face of natural hazards and disasters, which are occurring with increased frequency in the region.

The Himawari-8 meteorological satellite was launched into geostationary orbit in 2014. Because geostationary satellites provide image data for a large area of the earth at high frequency, they are a vital tool for observing the development of weather systems from space. They are particularly useful for monitoring rapidly developing weather systems such as tropical cyclones, extra-tropical storms, severe convective systems, volcanic ash clouds, and sand and dust storms.

In the Asia-Pacific region typhoons (or tropical cyclones), such as Tropical Cyclone Winston which struck Fiji in 2015, can cause immense damage. National Meteorological and Hydrological Services (NMHSs) recognize the need to improve their early warning systems to better monitor and detect such hazards. Satellite images complement precipitation radar systems on the ground and provide early warning that severe convection is developing. This is because strong vertical motions in clouds become visible in satellite images around 15-30 minutes before the onset of precipitation. Geostationary satellites also provide an alternative in areas where weather radars are absent.

The launch of Himawari-8 marked the start of the replacement of the global system of geostationary satellites with a new generation of satellites offering unprecedented capabilities. With the enhanced observation capability of 16 bands (channels), Himawari-8 is expected to improve the performance of NMHSs in the region for high-quality weather forecasting, climate monitoring, disaster risk reduction and transportation safety. The upgraded global system will make it possible for weather forecasters to receive data rapidly in 10 minutes intervals, rather than hourly as before.

The new satellite also brings major challenges for the users, due in particular to the massive increase in data that it delivers. As Himawari-8 is the first satellite of its kind, the Japan Meteorological Agency, as the operator, recognized the need to ensure that the meteorological centres in the Asia-Pacific region are ready to use the data from the new satellite. The need was urgent because the predecessor satellite MTSAT was due to be taken out of service at Apr. 2016, and forecasters would from this time onward depend fully on the data from Himawari-8. The main challenge imposed on the users from the new satellite is the fact that the volume of data generated by Himwari-8 is around 50 times that of MTSAT. The original concept for distribution of image data was based on internet access to a cloud service, but JMA recognized that the massive data volumes and the limited internet capacity available in some part of the region posed a challenge to many meteorological centres in the region.

After the installation of HimawariCast systems in NMHSs in the Asia-Pacific region, WMO and JMA will continue to assist NMHSs to make the best use of the HimawariCast data for their operational services. WMO and JMA will provide further support to NMHSs for the sustainable operation of HimawariCast systems for three years after the expiry of the two-year warranty period for the systems. WMO and partners will also support the participation by representatives from recipient countries in the annual Asia-Oceania Meteorological Satellite Users Conference, associated training events and meetings of regional satellite user requirements groups. This will help sustain the capacity built by Members through the HimawariCast project.