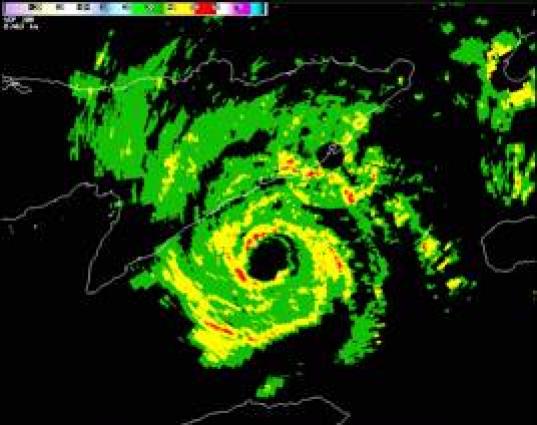 Lessons learned from Hurricane Sandy are high on the agenda of a meeting convened by the World Meteorological Organization to review the 2012 tropical cyclone season in the Atlantic and eastern North Pacific and prepare for the forthcoming season.

The Hurricane Committee of WMO Regional Association IV (North and Central America and the Caribbean) meets in Curacao 8-12 April to discuss how to strengthen warning services and regional coordination to protect lives and property.

The 2012 Atlantic hurricane season was marked by above-average tropical cyclone activity with the formation of 19 tropical storms, of which ten became hurricanes.  The numbers of tropical storms and hurricanes were each above the long-term average (1981–2010) of 12 and 6, respectively.  Two of the hurricanes – Michael and Sandy – strengthened into major hurricanes (Category 3 or stronger on the Saffir-Simpson Hurricane Wind Scale), according to a review of the past hurricane season prepared by WMO’s Regional Specialized Meteorological Centre (RSMC) Miami.  The U.S. National Hurricane Center (NHC) serves as the RSMC for WMO Regional Association IV.

WMO Deputy Secretary-General Jerry Lengoasa said the massive impact of Hurricane Sandy on the Caribbean and United States had heightened international awareness about the threat of tropical cyclones in the region.