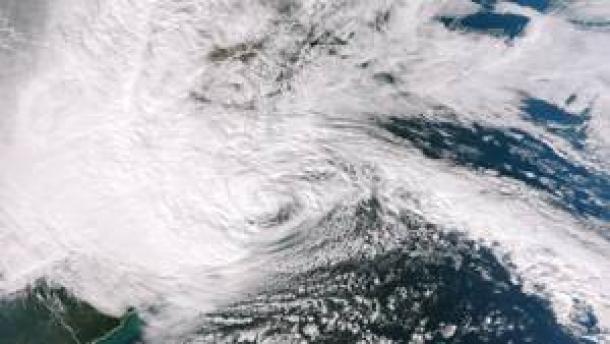 The World Meteorological Organization’s Hurricane Committee has agreed to changes in its hurricane and tropical storm watch and warning system to take into account lessons learned from Sandy – which has now been retired from the official rotating list of names because of the devastation caused in October 2012. Sandy will be replaced by Sara.

The Hurricane Committee adopted a proposal from its Regional Specialized Meteorological Centre (RSMC) in Miami to broaden hurricane and tropical storm watch and warning definitions to allow these watches and warnings to remain in effect after a tropical cyclone becomes post-tropical, when such a storm poses a significant threat to life and property.

In future, the RSMC Miami will ensure a continuity of service by continuing to issue advisories during the post-tropical stage, when a storm poses a significant threat to life and property.

These changes were motivated by the special challenges posed by Hurricane Sandy, which evolved from a hurricane to a post-tropical cyclone prior to reaching the coast of the United States of America. They will be incorporated into the Operational Plan of the Hurricane Committee of WMO Regional Association IV (North and Central America and the Caribbean).