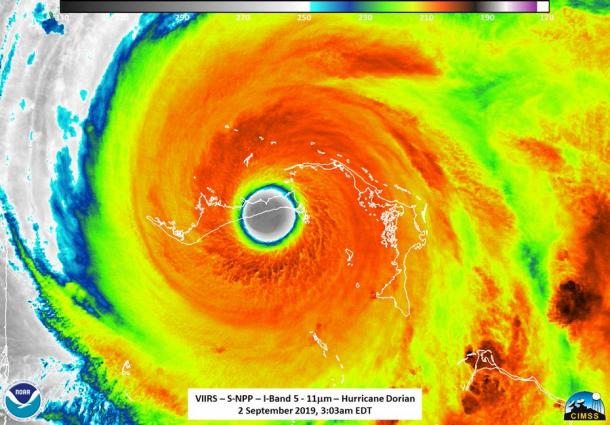 Hurricane Dorian, the strongest hurricane on record to hit the Bahamas, wreaked massive devastation and loss of life. It intensified rapidly into a top-level Category 5 on 1 September and then remained stationary over the Caribbean nation, with destructive winds, storm surge and rain.

At its peak, Dorian had maximum sustained winds of 185 mph (297 km/h), and brought a storm surge of 18 to 23 feet (5.5 to 7 meters) above normal tide levels. Dorian remained stationary, thus exacerbating the impacts of the hazards – wind, rain, waves and storm surge. Satellite and aerial images showed unprecedented flooding and destruction in the worst affected islands - Abaco and Grand Bahama.

Dorian weakened progressively to a category 2 hurricane as it finally moved away from the Bahamas, but then strengthened again along the east coast of the U.S. from Florida to North Carolina. It finally made landfall over Cape Hatteras, North Carolina, on 6 September and then moved quickly northeastward into the Atlantic, according to the U.S. National Hurricane Center which acts as a WMO Regional Specialized Meteorological Centre (RSMC Miami) and provides hurricane forecasts and products for the entire region, and issued constant updates on the dangers of this storm.

With hundreds if not thousands of people unaccounted for several days after the disaster, the death toll was expected to soar. A massive rescue and relief operation revealed the extent of the destruction, with warnings that Dorian has caused billions of dollars worth of damage. The experience of the Bahamas mirrors that of other Caribbean islands such as Dominica and Puerto Rico which are still recovering from the devastation inflicted by hurricanes Irma and Maria in 2017.

Low-lying coastal areas are vulnerable to the impacts of tropical cyclones caused by rainfall, waves and, particular, storm surge which is aggravated by sea level rise as a result of climate change. Mozambique, for instance, was hit by back-to-back cyclones in March and April 2019, threatening to reverse advances in socio-economic development. Much research is being conducted into the relationship between climate change and tropical cyclones.

The International Federation of Red Cross and Red Crescent Societies reported that as many as 13,000 houses have been damaged or destroyed. The main airports on the islands were flooded, with the storm surge reaching up to the roof of many houses. 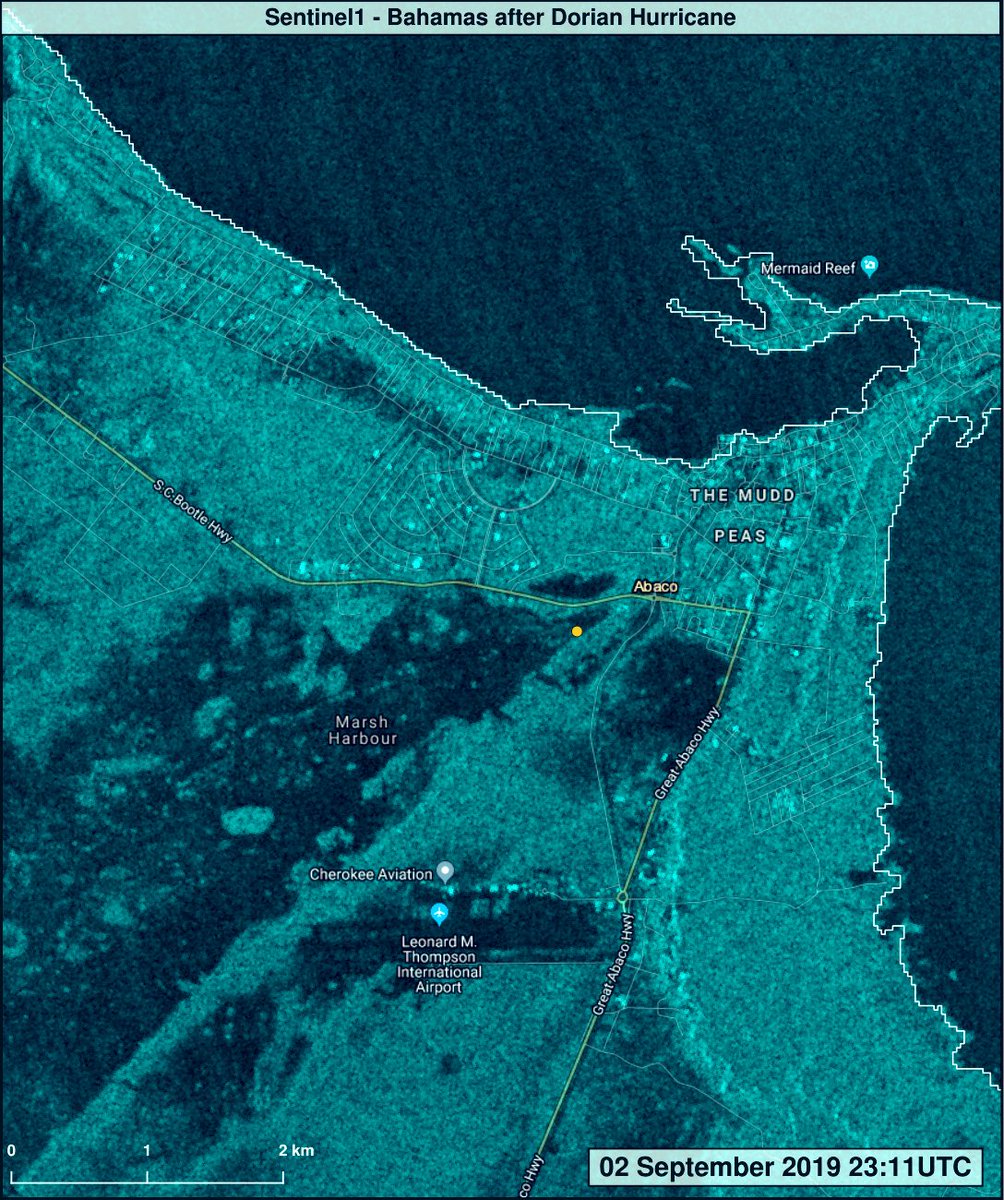 “The Secretary-General is deeply saddened by the terrible devastation caused by Hurricane Dorian, which is still impacting the Commonwealth of The Bahamas. The Secretary-General expresses solidarity with the people and the Government of the Commonwealth of The Bahamas. The United Nations will continue supporting the Government-led ongoing rescue and relief efforts,” said a statement from Antonio Guterres.

Dorian was one of the slowest-moving cyclones ever recorded. It was caught in weak steering currents between high pressure ridges to its east and northwest and a trough to its north.

On 4 September, the core of Hurricane Dorian moved parallel to the Florida east coast and the Georgia coast and its centre is forecast to move near or over the coast of South Carolina and North Carolina Thursday through Friday.

The NHC public advisory stressed that “users are reminded that the hurricane is not a point, and that life-threatening storm surge and hurricane-force winds extend far from the center. Regardless of the exact forecast track, Dorian is likely to produce strong winds and a life-threatening storm surge along a portion of the U.S. east coast from Florida through the Carolinas.”

Climate change projections indicate a global decrease in numbers of tropical storms and cyclones. However it is projected that there may be increases in their maximum intensities. The global proportion of tropical cyclones that reach very intense (Category 4 and 5) levels will likely increase due to anthropogenic warming over the 21st century. There is less confidence in future projections of the global number of Category 4 and 5 storms, since most modeling studies project a decrease (or little change) in the global frequency of all tropical cyclones combined.

Tropical cyclone rainfall rates will likely increase in the future due to anthropogenic warming and accompanying increase in atmospheric moisture content. Modeling studies on average project an increase on the order of 10-15% for rainfall rates averaged within about 100 km of the storm for a 2 degree Celsius global warming scenario.

Future sea level rise will exacerbate the impact of storm surge on coastal regions, assuming all other factors equal.

A study published in June by federal scientists at NASA and NOAA showed that more North Atlantic hurricanes have been stalling as Dorian did, leading to more extreme rainfall. The study did not make any attribution to anthropogenic climate forcing for the stalling or rainfall, but said the significant increases in tropical cyclone stalling frequency and high potential for associated increases in rainfall have very likely exacerbated hazards for coastal populations.

Another study looked into the observed increase in an Atlantic hurricane rapid intensification metric over 1982-2009 and found it was highly unusual compared to one climate model’s simulation of multidecadal climate variability. It said this is consistent with that model’s expected long-term response to human-induced climate change. But it stressed that these results are "suggestive but not definitive."