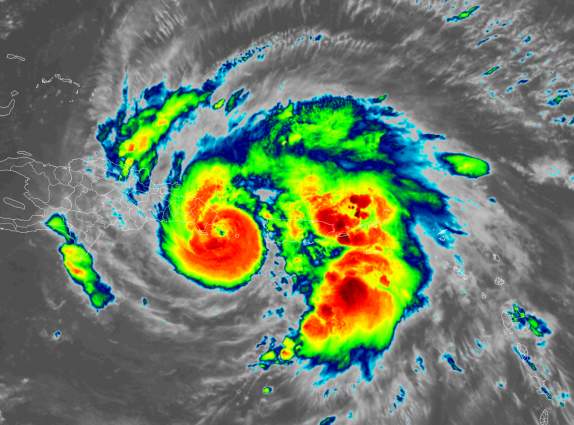 An Atlantic hurricane and a West Pacific typhoon brought major impacts on the same weekend, showing the importance of early warning systems around the globe. September is the peak of the Atlantic and West Pacific tropical cyclone season. 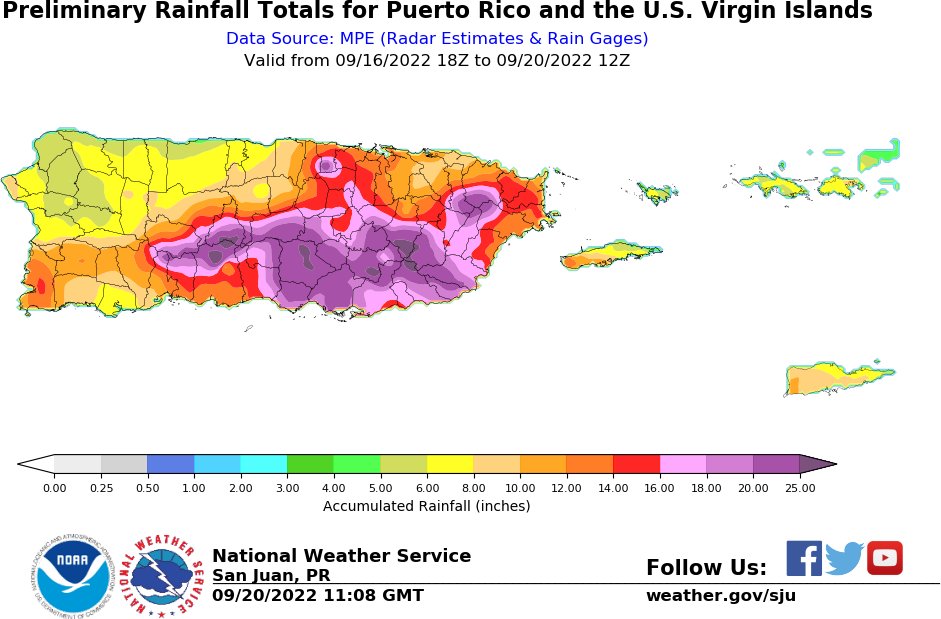 Hurricane Fiona caused devastation from the Caribbean to Canada. It hit the American island of Puerto Rico on 18 September, bringing torrential rains and causing considerable damage including power outages as well as some casualties. It caused landslides, brought down trees and power lines, made roads impassable and led to the collapse of a bridge in a mountainous region. More than 40 percent of the island was covered ith 15 inches (380 mm) of rain, according to the National Weather Service San Juan. The devastation occurred five years since Hurricane Maria wreaked huge damage and loss of life in Puerto Rico.

Fiona carried winds of up to 140 km/h, with torrential rains and “life-threatening and catastrophic flooding along with mudslides and landslides,” according to WMO's Regional Specialized Meteorological Center (RSMC) Miami Hurricane Center. After tracking over the Dominican Republic, Fiona strengthened to a Category 4 hurricane on the Saffir-Simpson scale, with maximum sustained winds of near 130 mph (215 km/h) as it headed toward the Caribbean island of Bermuda. It then transitioned over the Atlantic and made landfall in Nova Scotia, Canada, on 24 September as the strongest tropical storm ever to hit Canada.

The evolution of Fiona and the weather warnings live here. 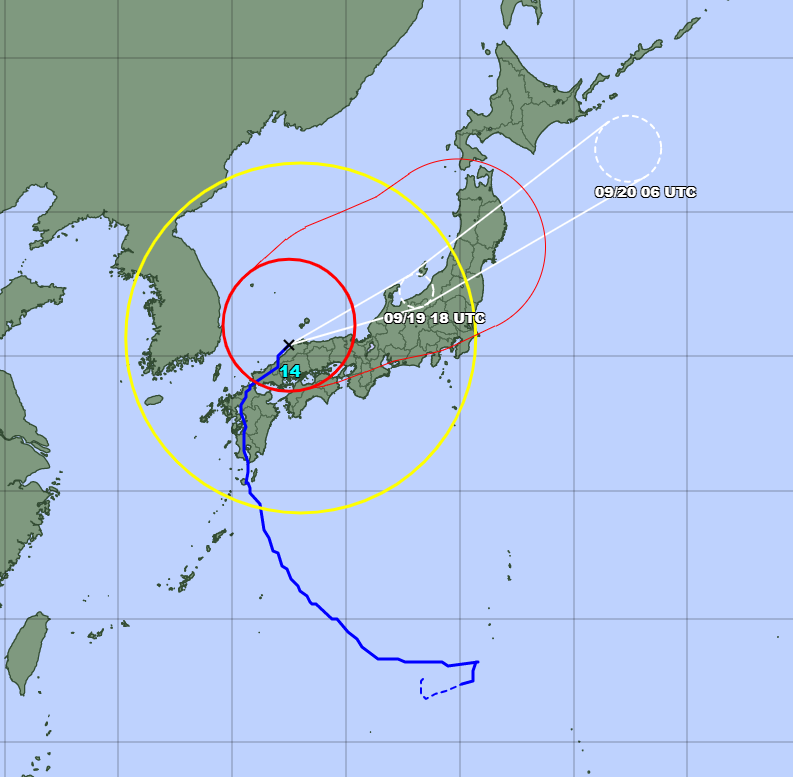 Typhoon Nanmadol made landfall on Japan’s Kyushu Island on Sunday 18 September. Nine million people were told to evacuate their homes. This powerful typhoon killed at least two people and injured almost 90. Nanmadol has brought gusts of up to 234km/h (145mph), and some areas were recorded as much as 900mm (35 inches) of rain in 24 hours.

WMO's RSMC Tokyo Typhoon Centre predicted that Nanmadol would maintain typhoon strength for an additional 12 hours, when it would be more than 240 kilometers from its initial landfall location in Kyushu. Nanmadol is expected to turn to the northeast and track directly up the Japanese main island of Honshu, bringing strong winds and torrential rains to a remarkably large area of Japan

“When the Japanese Meteorological Agency (JMA) provides early warnings, local governments respond by providing people information about how to evacuate, what to bring with them, and other protection measures. Evacuation warnings are not mandatory, and authorities have in the past struggled to convince people to move to shelters before extreme weather events.”, said James Douris, WMO expert in Disaster Risk Reduction. Nine million people in Japan were told to evacuate this weekend.

To follow the evolution of Nanmadol and the weather warnings live here.

“The price of fossil fuel addiction”

“Floods, droughts, heatwaves, extreme storms and wildfires are going from bad to worse, breaking records with alarming frequency. (…) There is nothing natural about the new scale of these disasters. They are the price of humanity’s fossil fuel addiction,” said UN Secretary-General António Guterres last week as we were releasing the United in Science 2022 report.

“Climate science is increasingly able to show that many of the extreme weather events that we are experiencing have become more likely and more intense due to human-induced climate change. We have seen this repeatedly this year, with tragic effect. It is more important than ever that we scale up action on early warning systems to build resilience to current and future climate risks in vulnerable communities,” said WMO Secretary-General Prof. Petteri Taalas.

Early Warnings for all Initiative presented in New York

“Everyone on Earth should be protected by an early warning system within the coming five years”, announced UN Secretary-General António Guterres in March 2022. The World Meteorological Organization (WMO) was requested to present a roadmap to the UN Climate Change conference, COP27, in Egypt in November. On the sidelines of the 77th General Assembly High-Level week in New York, an Early Warnings for Climate Adaptation Ministerial Event will be held on 21 September and bring together countries from around the world, donors and international development agencies, to jointly elevate the need to act on Early Warnings for All as an urgent climate adaptation measure

Early warning systems are effective adaptation measure that save lives, reduce losses and damages, and are cost-effective. Thanks to early warnings, the number of lives lost decreased almost three-fold in the past 50 years because of better weather forecasts and proactive and coordinated disaster management. Less than half of countries in the world have reported the existence of Multi-Hazard Early Warning Systems (MHEWS), with coverage particularly low in Africa, Least Developed Countries and Small Island Developing States.