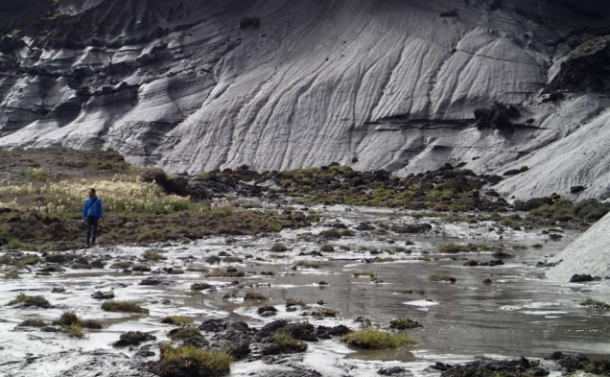 Ten New Insights into Climate Science, published by the WMO co-sponsored World Climate Research Programme, Future Earth and the Earth League, provided a synthesis of the latest findings for policy and society.

“The impacts of climate change have the potential to be as abrupt and far-reaching as the current pandemic. Recent research presented in this report shows that negative impacts can be expected on fundamental requirements for human well-being, such as access to clean water and conditions for good mental health,” wrote the researchers.

The new Insights report followed hard on the heels of an authoritative study showing that global ice loss is accelerating at a record rate.

The findings of the study led by the University of Leeds reveal that the Earth lost 28 trillion tonnes of ice between 1994 and 2017 –  equivalent to a sheet of ice 100 metres thick covering the whole of the UK.

The research is the first of its kind to carry out a survey of global ice loss using satellite data.

A new study published in Science Advances has quantified, for the first time, how the warming coastal waters are impacting Greenland’s glaciers and accelerating their retreat.

For the past five years, scientists with the NASA’s Oceans Melting Greenland (OMG) mission have been studying these marine-terminating glaciers from the air and by ship. They found that of the 226 glaciers surveyed, 74 in deep fjords accounted for nearly half of the total ice loss (as previously monitored by satellites) from Greenland between 1992 and 2017.

These glaciers exhibited the most undercutting, which is when a layer of warm, salty water at the bottom of a fjord melts the base of a glacier, causing the ice above to break apart. In contrast, the 51 glaciers that extend into shallow fjords or onto shallow ridges experienced the least undercutting and contributed only 15% of the total ice loss.

Sea ice and glacial mass are among the key indicators of climate change, as is ocean heat and temperature increase.

The temperatures in the upper 2,000 meters of the ocean hit a record high in 2020, according to a new analysis by a research team that included scientists from the National Center for Atmospheric Research (NCAR). The five hottest years for the upper ocean on record have all occurred since 2015.

The results of the new analysis, published in the journal Advances in Atmospheric Science, further illustrate how Earth is warming — just over 90 percent of the additional heat due to human-caused climate change is absorbed by the ocean.

Ocean heat is a valuable indicator of climate change because it does not fluctuate as much as temperatures at the Earth’s surface, which can vary in response to weather and natural climate variations such as El Niño. Thus it more clearly reveals the gradual accumulation of heat due to human activities.

Since the 1980s each successive decade has been warmest the previous. 2011-2020 was the warmest decade on record. 2020 was one of the three warmest years on record, according to consolidated global temperature rankings issued by WMO.