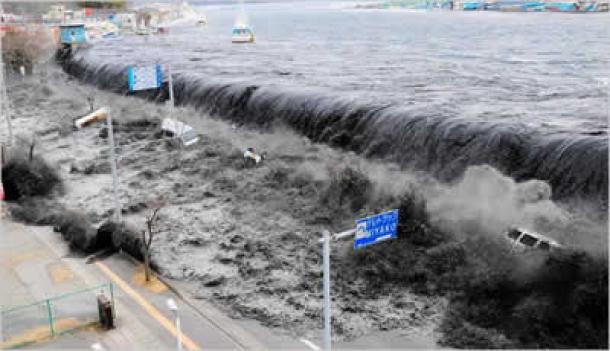 Flood-related disasters this year in Australia, Colombia, Indonesia, Japan, Sri Lanka and the United States of America – to name but a few – have yet again highlighted that all nations are susceptible to the damaging effects of major storms and flood events. Population growth, urban development and environmental degradation in coastal areas, combined with the impacts of climate change, are expected to increase the risks.

But, in addition to death and destruction, floods can also promote economic development. Societies in many parts of the world consequently rely heavily on agriculture, fisheries and other activities in rivers and flood-prone delta areas.

"Floods: From Risk to Opportunity" is the theme of the Fifth International Conference on Flood Management in Tokyo, Japan, 27-29 September. This reflects the growing understanding of how to make use of the opportunities provided by floods and flooding, and collectively deal with the risks as part of an all-embracing integrated flood management package.

The International Conference on Flood Management is organized by the International Centre for Water Hazard and Risk Management (ICHARM) under the auspices of UNESCO. ICHARM was established within the Public Works Research Institute (PWRI) in Tsukuba city. WMO is one of the co-sponsors.

The conference also includes a high-level International Forum on Mega-disasters - infrequent but highly destructive intensive disasters. These include, for example, the 2004 Indian Ocean tsunami, Hurricane Katrina in the United States in 2005; the 2010 earthquake in Haiti which reportedly killed 222 517 people; the 2010 floods in Pakistan which affected an estimated 20 million people and – most recently – the earthquake and tsunami off the East coast of Japan which killed more than 20 000 people and triggered a nuclear emergency. >> Full story

WMO statement at the opening of the 5th International Conference on Flood Management, by M. Jarraud, Secretary-General of WMO, (Tokyo, 27 September 2011)