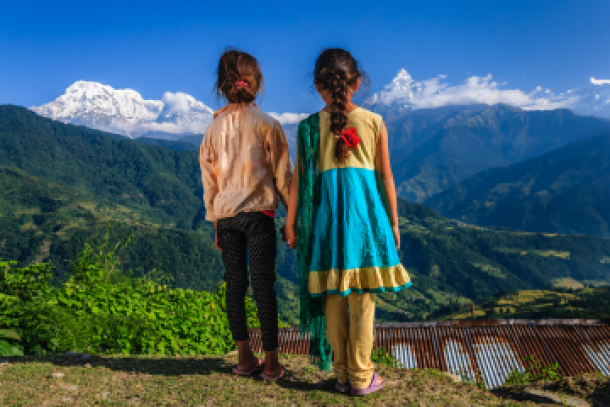 International Mountain Day is celebrated annually on 11 December. The theme this year is sustainable tourism in mountains.

Following a High Mountain Summit in 2019, WMO has a roadmap of priority activities to support more sustainable development, disaster risk reduction and climate change adaptation both in high-mountain areas and downstream. This includes ‘fit-for-purpose’ hydrological, meteorological and climate information services for people living in and downstream of mountains.

Mountain regions cover about a quarter of the Earth’s land surface. They are important sources of freshwater, centres of biological and cultural diversity as well as traditional knowledge, being home to a quarter of the world’s population.

River basins with headwaters in the mountains supply freshwater to over half of humanity, thus mountains are often referred to as “the water towers” of the world.

Mountain destinations attract around 15-20 percent of global tourism. Low impact tourism can contribute to the conservation and valorisation of mountain ecosystems and their biodiversity, as well as support local economies and food systems.

But mountains are under unprecedented pressure as a result of climate change and environmental degradation.

Warming has occurred in all major mountain ranges, impacting the freezing level and snow depth. With few exceptions, mountain glaciers are retreating at an unprecedented rate. Glaciers will continue to lose mass for several decades even if global temperature is stabilized, according to the Intergovernmental Panel on Climate Change Sixth Assessment Report. 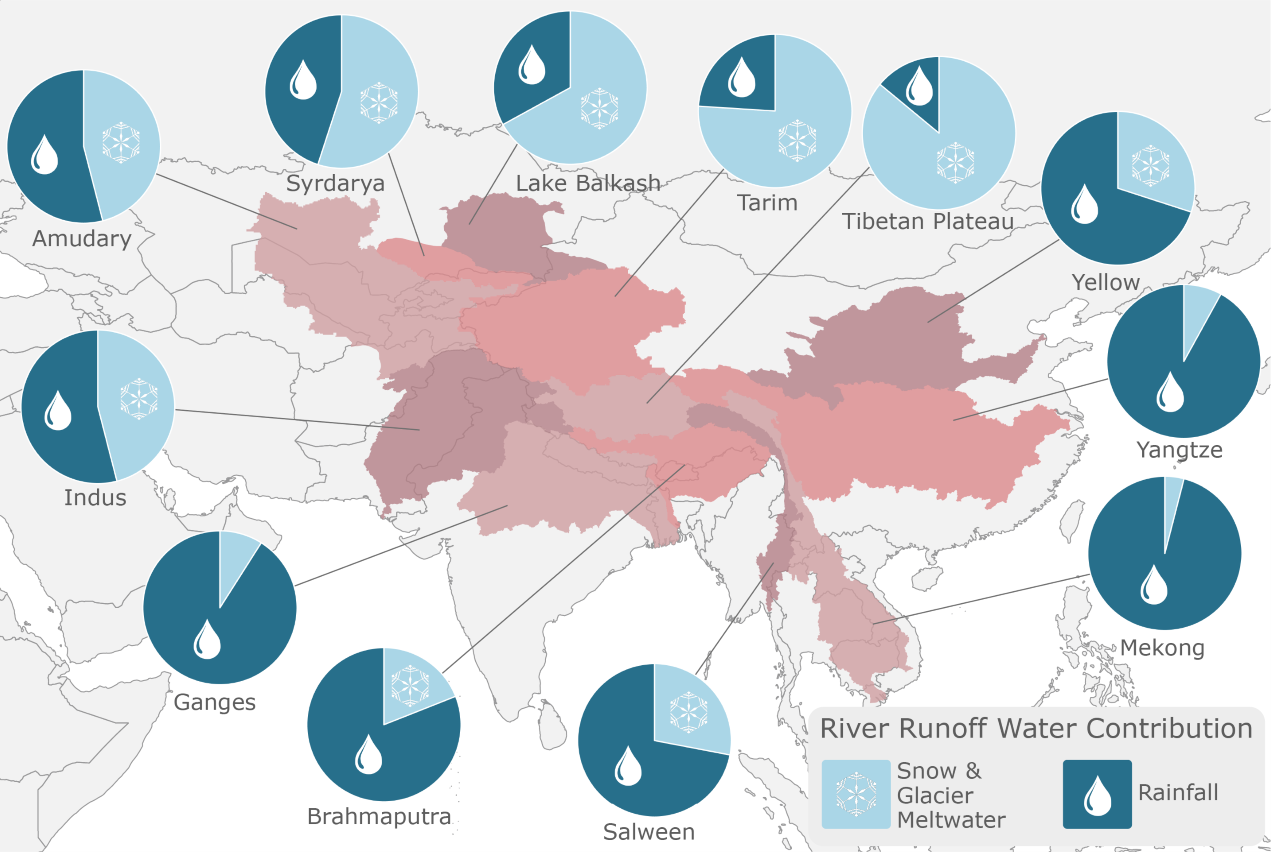 In the short-term, natural hazards including extreme precipitation, environmental alterations and the loss of critical mountain ecosystems are increasing the risk of local and downstream disasters.

The diagram shows the contribution of the cryosphere to the water availability in the basins of major rivers in Asia, as estimated based on data from 1998 to 2012 as published by Huss et al., 2017 (illustration by Nora Krebs, WMO)

To meet the challenges, WMO is therefore stepping up provision of climate services.

The Third Pole Regional Climate Centre Network (TPRCC-Network), developed by WMO and the three nodes, namely Northern Node led by China, Southern Node led by India and Western Node led by Pakistan, with China as the overall coordinating node, will launch its demonstration phase in 2022. It will focus on providing seasonal and sub-seasonal climate information (seasonal forecasts, long-range predictions)  relevant to the region to meet special service requirements in the context of climate change and reflecting the chances in the snow cover,  on glacier melting, on permafrost decay , and lake and river ice- changes.  A Third Pole Climate Outlook Forum will serve as an interaction mechanism between developers and users and is expected to hold its first meeting in 2022. 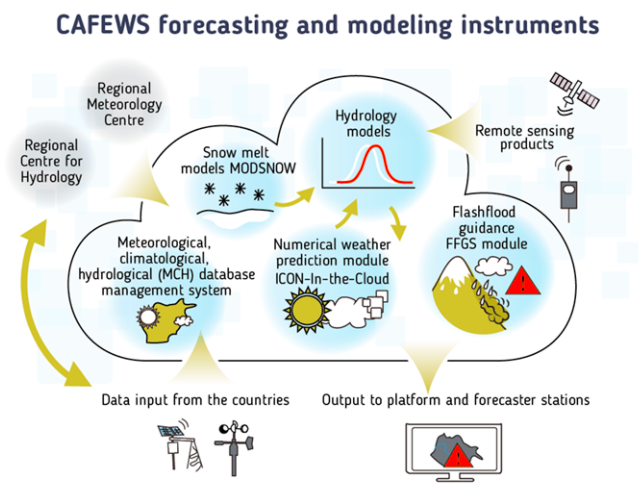 Whilst mountains are the natural jewels of Central Asia that need to be treasured and protected, they are also a source for a major threat in the region: floods.

When snow accumulation in the mountains is high and temperatures quickly rise, spring and summer peak flow in the major rivers can turn into flooding—which could be further compounded by rain. And glacial melting can lead to lake formation and their eventual bursting can devastate entire communities.

Recognizing the importance of flood warnings and that Central Asia’s mountains influence weather and water across the region, the World Bank and WMO are supporting the five countries of Central Asia and Afghanistan in the developing the Central Asia Flood Early Warning System – CAFEWS.

CAFEWS will introduce seamless data exchange among members, utilize advanced numerical weather prediction and apply remote sensing and hydrological modelling. All of this will be available through a single platform to support each participating country.

When CAFEWS is established by 2023, it will support decision-making and preparedness of disaster management and local authorities. Weather-sensitive economic sectors – transport, energy and agriculture – will also benefit from the system’s capabilities and products. Last but not least, CAFEWS will strengthen regional cooperation and contribute to climate change adaptation and disaster risk reduction on a regional scale.

ENANDES - Enhancing Adaptive Capacity of Andean Communities in Colombia, Peru and Chile. The project seeks to enhance the capacity of communities in Chile, Colombia, and Peru to adapt to a varying and changing climate. This will be done by producing, communicating, and assessing the use of credible and authoritative information as the scientific evidence for decision-and policy making on disaster preparedness. It takes place from 2021-2025.

BRAVA - Building Regional Adaptive capacity and resilience to climate Variability and change in vulnerable sectors in the Andes – brings together Peru, Bolivia and Argentina in a project from 2021-2027. The project will strengthen the NMHSs’ capacity to produce and deliver Weather Water and Climate information to support the development and implementation of National Adaptation Plans.