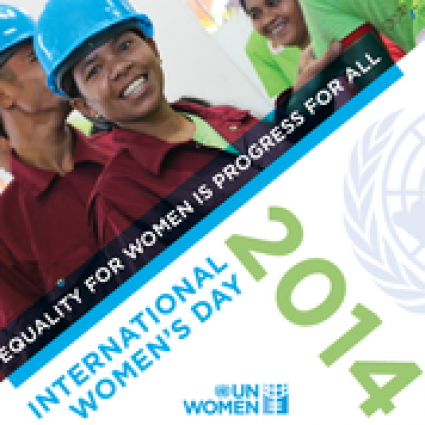 On International Women’s Day, WMO is encouraging more women to become meteorologists and hydrologists, and shape knowledge and action on weather, climate and water to meet present and future challenges to build weather and climate resilient societies.

“International Women’s Day is a time to reflect on progress made in the WMO Policy on Gender Mainstreaming; to review the challenges, to call for change and to celebrate acts of courage and determination by strong and talented women meteorologists and hydrologists who have played an extraordinary role in WMO and National Meteorological and Hydrological Services, universities and other institutions,” said WMO Assistant-Secretary-General Elena Manaenkova.  “Regretfully there are still too few women on key positions in WMO’s constituencies. Women can and should play a greater role as both providers and users of cutting-edge meteorological science,” she said.

The theme of this year’s International Women’s Day on 8 March is “Equality for Women is progress for all.”

A newly updated book A Career in Meteorology presents exciting opportunities for young people. It has been published in advance of World Meteorological Day on 23 March which focuses on Weather and Climate: Engaging Youth.

WMO is calling for more targeted investment to increase education and training  opportunities for women.

The Third WMO Gender Conference, taking place in November 2014, will provide a platform bringing together female and male meteorologists, climatologists, hydrologists and early career scientists as well as users of services in key weather and climate sensitive sectors. Entitled “The Gender Dimension of Weather and Climate Services: The Benefits of Working Together,” the conference aims to ensure that women equally as men are active players in the design and provision of user-driven weather and climate services.

The Global Framework for Climate Services, now being implemented by WMO and a wide range of partners, is meant to increase and improve climate services like seasonal forecasts so that they are accessible and understandable to users at both national and community level.  There are four priority areas: food security, water management, disaster risk reduction and health. The Gender Conference aims to ensure that action in these priority areas takes into account the needs and contributions of women.

Food security: Women provide up to 80 per cent of agricultural labour and produce 45 to 90 per cent of domestically consumed food, depending on the region. They play an important role in land management and as community educators. Traditional food sources are vulnerable to climate change, weather extremes and soil degradation, and women face potential loss of income as well as harvests. WMO seeks to reach out to those women with the information that can help them to minimize harmful impacts of weather and climate

Water Management. Fetching and transporting water often falls on women and girls, reducing time for more productive socio-economic activities or education. Climate change, environmental degradation and population growth is putting increasing pressure on fresh water resources. Many women therefore have to walk increasing distances for water. The needs and knowledge of women must be reflected in water management decisions as well as the positioning of new facilities such as wells and taps.

Disaster risk reduction. Female-headed households are often among the poorest and most vulnerable to disaster and climate change, as they may have little choice other than to live in precarious locations such as flood-prone lands or on steep slopes. Studies have shown that disaster mortality rates are higher for women than for men. But women and girls are also pillars of resilience - they are the first to prepare their families for a disaster and the first to put communities back together in the aftermath. WMO calls to ensure that women have reliable access to communication means for getting warnings.

Health. According to the World Health Organization (WHO), natural hazards such as droughts, floods and storms kill more women than men. Some diseases that women and children are especially vulnerable to, such as malaria and diarrhea, are also expected to increase in prevalence as temperatures rise or as a result of floods and water contamination. Specific tailored weather and climate services can help reduce exposure and take preventive measures.