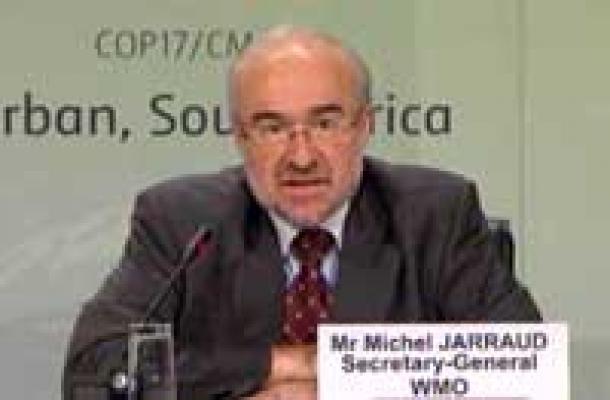 Investment in the Global Framework for Climate Services would yield benefits in the order of ten to one, according to World Meteorological Organization Secretary General Michel Jarraud.

The initial investment is tiny compared to what is already being spent on existing observation and information programmes like satellites and super-computers.

“ The more we invest, the more benefits we get, “ he said, adding that the investment would reap a “ very significant return” in terms of stronger food security, better water management, improved health outcomes, and enhanced disaster risk reduction.

Mr Jarraud said it was important that a connection be made between the Framework and the planed Green Fund to support developing countries with regard to mitigation, adaptation and capacity-building, which is being discussed in Durban.

The Framework, which was adopted by the World Meteorological Congress in June, is currently being developed by WMO and a wide range of partners including the Food and Agriculture Organization, World Health Organization, United Nations International Strategy for Disaster Reduction and the International Federation of Red Cross and Red Crescent Societies. >> Full story