The global average temperature over land and ocean surfaces for January to October 2014 was the highest on record, according to the U.S. National Oceanic and Atmospheric Administration (NOAA). It said October was the hottest since records began in 1880.

October marked the third consecutive month and fifth of the past six with a record high global temperature for its respective month (July was fourth highest).

The Tokyo Climate Center, which is a WMO Regional Climate Centre, also reported that October was the hottest on record. The record was also confirmed by data from NASA’s Goddard Institute for Space Studies.

WMO uses a combination of datasets to compile its annual Statement on the Status of the Global Climate. Additional information is drawn from the ERA-Interim reanalysis-based data set maintained by the European Centre for Medium-Range Weather Forecasts. WMO will issue its provisional statement for 2014 on 2 December at simultaneous press conferences in Lima (0930 local time) and Geneva (1530 CET). 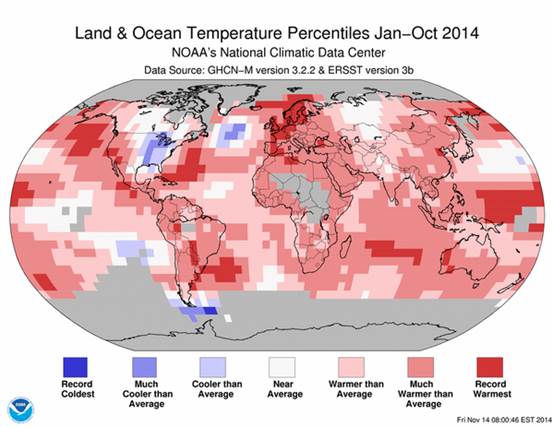 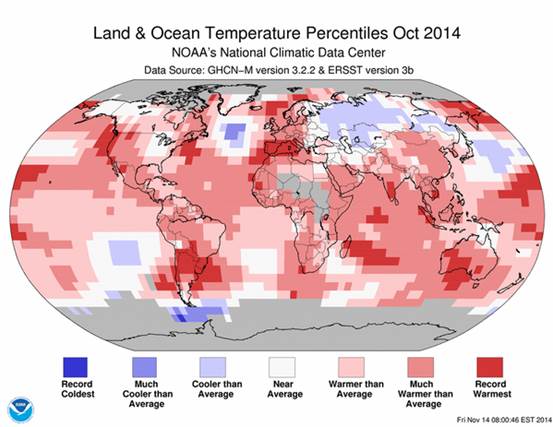