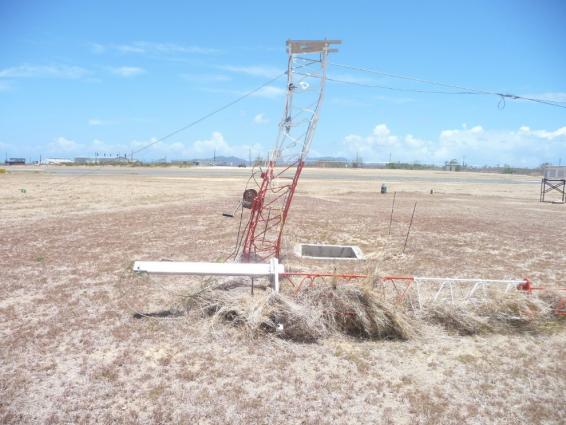 Luxembourg has recommitted 500 000 euros this year to the Climate Risk and Early Warning Systems Initiative (CREWS) to support early warnings in Small Island Developing States (SIDS) and Least Developed Countries (LDCs). This is in addition to the one million euros contributed by Luxembourg last year.

This commitment reflects the successful progress of CREWS projects. These projects aim to provide long term, sustainable support to countries, while being driven by short term programming performance.

“Luxembourg is highly convinced that the CREWS initiative provides urgently needed access to information to very vulnerable countries that helps them become more resilient and responsive to the consequences of extreme weather events caused by climate change”, says Dr. André Weidenhaupt, Director General at the Department of the Environment of the Ministry of Sustainable Development and Infrastructure of Luxembourg.

Through this initiative, the World Bank and WMO work directly with countries to build capacity and provide expert advisory services to improve early warning systems to protect the most vulnerable populations against hazards like coastal flooding, flash floods, drought and other extreme weather events. Launched at the UN Climate Change Conference in Paris in 2015, it is operating in 19 countries in Africa and the Pacific.

In the Democratic Republic of Congo, Burkina Faso, Mali and Niger, WMO and the World Bank, through its hydromet programme, are  supporting the improvement of operational hydro-meteorological forecasts and early warning services. CREWS has successfully leveraged a further US$ 106 million with investments by the Green Climate Fund (GCF), the African Development Bank (ADB) and the World Bank.

In the Pacific, WMO is strengthening hydro-meteorological and early warning services for islands including Fiji, Cook Islands, Kiribati, Niue and Tuvalu, Federated States of Micronesia, Samoa, Solomon Islands, Tonga, Palau, Nauru, Marshall Islands, Tokelau and Vanuatu. In Papua New Guinea, it is improving control and maintenance of the existing drought and flood monitoring network, as well as early warnings for the agriculture sector and disaster managers.

With these new contributions, the World Bank, WMO and the UN Office for Disaster Risk Reduction (UNISDR) are supporting projects in the Caribbean and West Africa. A further five countries, with high demand and urgent capacity gaps, have been pipelined for future financing: Afghanistan, Chad, Ethiopia, Madagascar and Togo.

CREWS members include Australia, France (Chair), Luxembourg, Germany, and the Netherlands. Canada is also contributing to CREWS through support to WMO. Investments address priorities identified by national institutions to allow the identification of main risks, observation and forecasting capacities, early warning communications, and readiness to act on warnings.

Earlier this year, France made an additional contribution of 5 million euros to the CREWS Trust Fund, bringing its total contribution to 15 million Euros. Australia advanced its contributions initially scheduled for next year.

According to Russell Miles, Director of the Mechanisms and Adaptation Section of Australia’s Department of Foreign Affairs and Trade: “Advancing their contributions was to allow the earliest start to projects in countries awaiting funding”.

A needs analysis led by the Global Facility for Disaster Reduction and Recovery (GFDRR), WMO and UNISDR shows that US$ 100 million by 2020 is needed to reach CREWS objectives. CREWS aims to mobilize this amount to fill the gap in existing bilateral and multilateral programs.

To learn more about CREWS and its projects, visit www.crews-initiative.org.