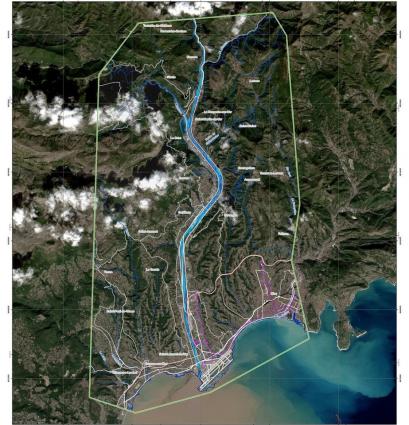 Parts of southern France and northern Italy are recovering from unprecedented rainfall, flash flooding and landslides on 2 to 3 October, linked to a so-called Mediterranean episode. Autumn  is traditionally peak season for such episodes, fuelled by the warmth of Mediterranean waters. 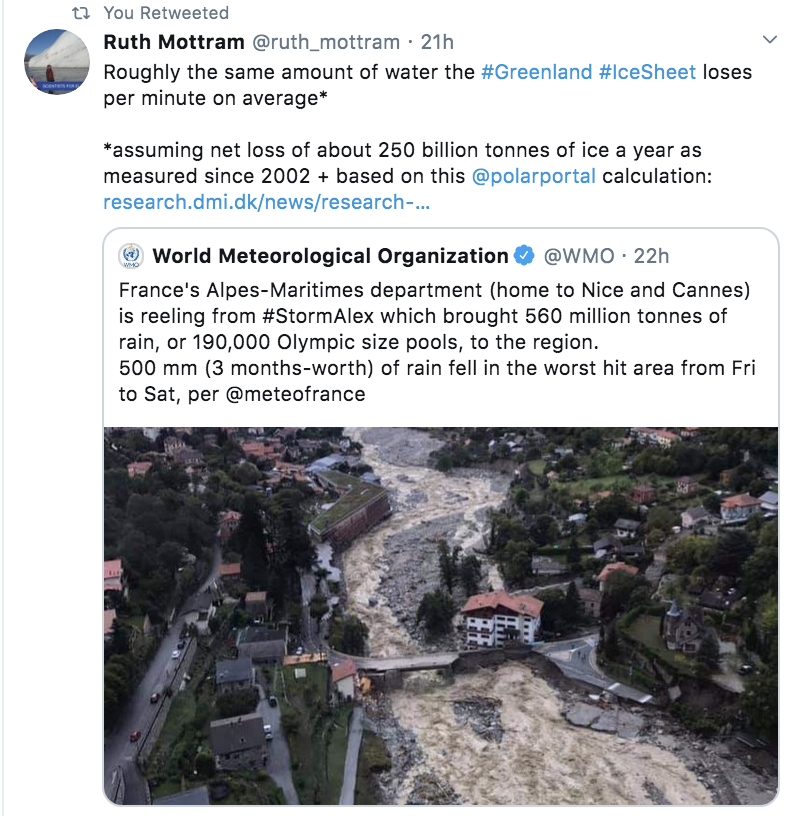 Storm Alex which hit the southern United Kingdom and Brittany in northwestern France, triggered the event. The weather patterns associated with this low-pressure system met over the Alps with warm air coming up from the South, feeding off warm Mediterranean water which then cooled and formed a persistent stormy-rainy cell.

Coinciding with this, other parts of Europe saw record temperatures.

Up to 500 mm of rain, or the equivalent of 3 months, fell in the worst affected parts of the Alpes-Martimes department, according to Météo-France. The deluge swept away houses and infrastructure, cutting off entire communities and causing a number of casualties. The northern Italian province of Piedmont was also badly hit. Satellite images captured the extent of debris and mud which flowed into the ocean.

The amount of rainfall associated with this episode was totally exceptional. These are rainfall events which would normally only happen once a century. It is the second time this year that an amount of 500 mm has fallen (Gard on 19 September), according to Véronique Ducrocq,  a meteorologist with Météo-France and coordinator of a HyMeX, a WMO-related project to improve modelling of the Mediterrean's water cycle.

"It is historical. We have never seen 2 such events within one year," she said.

Analysis of extreme rainfall events in recent years shows has indicated an intensification of heavy rainfall and an increase in the frequency of strong Mediterranean episodes, with more than 200 mm of rainfall in 24 hours.

Research into this is continuing as modelling of extreme rainfall events remains a major challenge.

Details (in French) are here