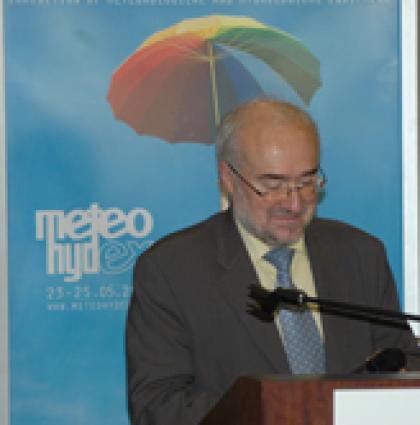 METEOHYDEX 2011, which showcases state-of-the-art meteorological and hydrological instruments and equipment, has opened at the World Meteorological Congress. The exhibition allows instrument manufacturers to interact with users, in particular the WMO Permanent Representatives of WMO's 189 Members currently attending this Congress with their national experts.

It is the ninth edition of METEOHYDEX, which was created in 1979 and has been organized by PALEXPO on behalf of the World Meteorological Organization ever since. Some 88 exhibitors are participating.

WMO Secretary-General Mr Michel Jarraud opened METEOHYDEX in the presence of WMO President Alexander Bedritskiy and other senior WMO office holders. The event runs till 25 May.