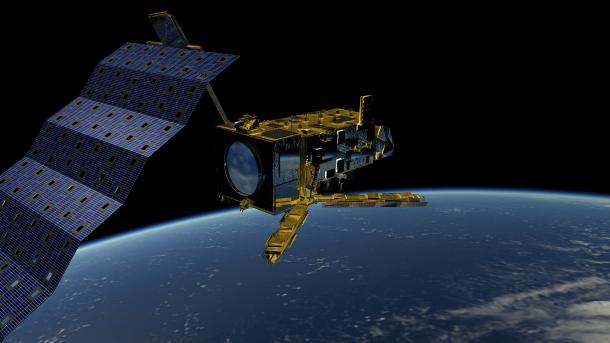 WMO has welcomed the launch of EUMETSAT’s newest weather satellite as a move which will improve access to world-leading weather, water and climate data from polar orbit.

The Metop-C satellite, launched from the European Space Port in Kourou, French Guiana, is the third and last satellite of the Metop series, which forms the space segment of the EUMETSAT Polar system.

The three satellites fly in a polar orbit at an altitude of 817km, which enables global observations of weather and atmospheric composition, and monitoring of ocean and land surfaces.

Metop-C will collect the following observations:

Metop’s instruments have opened a new era for numerical weather prediction (NWP) in Europe and worldwide, significantly reducing errors in numerical forecasts at ranges from 12 hours to 10 days.

The EUMETSAT Polar System is Europe’s contribution to the Initial Joint Polar System (IJPS) shared with the National Oceanic and Atmospheric Administration (NOAA) of the United States. In order to provide the best possible coverage, EUMETSAT’s Metop satellites fly in the “mid-morning” polar orbit while the NOAA JPSS satellites fly in the complementary “afternoon” orbit.

The launch follows the launch of other of polar-orbiting satellites by NOAA and the Chinese Meteorological Administration (CMA).

They all contribute to the WMO Integrated Global Observing System (WIGOS), which integrates several surface-, air- and space- observing system components, and which constitutes the overall observing framework for WMO.