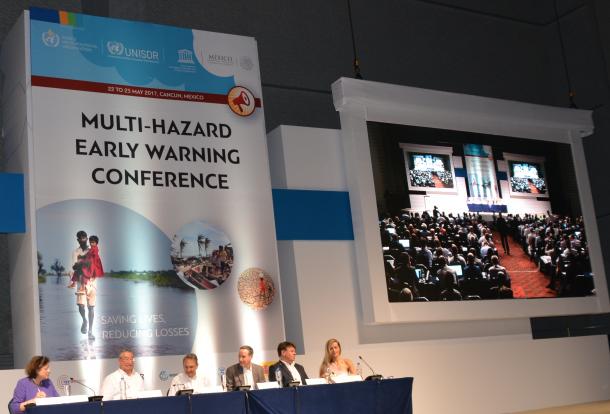 A major global initiative to improve the generation and use of early warnings against extreme weather, earthquakes and a cascading range of hazards has been launched with a powerful plea from a tsunami survivor to build more resilient societies.

Petra Nemcova, a model, lost her partner in the 2004 Indian Ocean tsunami  and survived with serious injuries by holding on to a tree for 8 hours, recalled the agony of hearing children cry for help and then fall silent as they were swept away by the waters. Her Happy Hearts Foundation has since opened 162 schools in 10 countries to help children who lost families and homes to disasters.

“It took two hours for the waves generated by the earthquake to hit shores of Thailand. In those two hours many lives of children and babies could have been saved,” Ms Nemcova told the Multi-Hazard Early Warning Conference.

“Natural disasters can happen anywhere. The difference between 2004 and today is mobile phone technology,” said Ms Nemcova. She appealed for concerted action to ensure the benefits of technological and communications advances reach every country, region and community.

The Multi-Hazard Early Warning Conference: saving lives, reducing losses, aims to do just that. It will agree an action plan for an integrated people-centred approach which unites meteorological, hydrological, marine, geophysical, disaster and health services, the IT and communications sector and other major players including – most importantly – grassroots organizations and local communities.

The conference is hosted by the government of Mexico and is spearheaded by the World Meteorological Organization and the United Nations Office for Disaster Risk Reduction (UNISDR), in conjunction with a wide array of partners including the World Bank. It takes place 22-23 May and feeds into the 2017 Global Platform for Disaster Risk Reduction taking place in Cancun from 24-26 May.

Cancun is just 3 meters above sea level and only 400 meters away from the beach and so exposed to the impacts of climate change, more extreme weather and rising sea levels, according to Director of Mexico’s National Prevention Centre, Carlos Miguel Valdes Gonzalez. He said the conference would allow for exchange of information on good practice and strengthen knowledge. Mexico won acclaim for its disaster risk reduction mobilization against Category 5 Hurricane Patricia in 2015 and for the successful partnership between the government and private telephone companies for mobile alerts.

Conference speakers repeatedly stressed the need for more collective, coordinated action in the “first mile” of the early warning process as well as greater community involvement and education to make sure the warnings reach the “last mile.”

“With the impact of climate change, persistent poverty, and urbanization, we can expect an increase in hazards and these can manifest themselves in unpredictable ways,” said Robert Glasser, Special Representative of the UN Secretary-General for Disaster Risk Reduction and head of UNISDR.

Costs relating to disasters have increased 50-fold since 1950s. The trend in casualties has been the opposite thanks to better early warnings which have saved millions of lives, said WMO Secretary-General Petteri Taalas. The number of disasters is highest in Asia, economic losses are highest in North America, and capacity for coping with disasters is lowest in Africa, he said.

Capacity development is therefore paramount to make sure that nobody gets left behind, he said.

The conference heard many case studies. These included the United Kingdom and Argentina which set up national hazards platforms to coordinate action; Ecuador, which was hit by a volcanic eruption, earthquake and El Niño-related flooding all in a matter of months; and Namibia which is prone to drought but also faces devastating periodic flash flooding.

Michael Staudinger, head of the Austrian meteorological service introduced Europe’s pioneering MeteoAlarm network. This is a platform that gets alerts from national weather services to the general public, avoiding jargon and explaining the potential impacts of incoming hazards using simple language and colour coding. WMO is working to expand this into a global multi-hazard alert system.

He echoed repeated comments by speakers on the need to break down barriers to communication and to integrate multiple risks by “looking at the mountains to reduce hazards from the oceans.”

“Get out of the silos and interact with users,” said MeteoAlarm’s Staudinger. “It’s complex but refreshing.’ 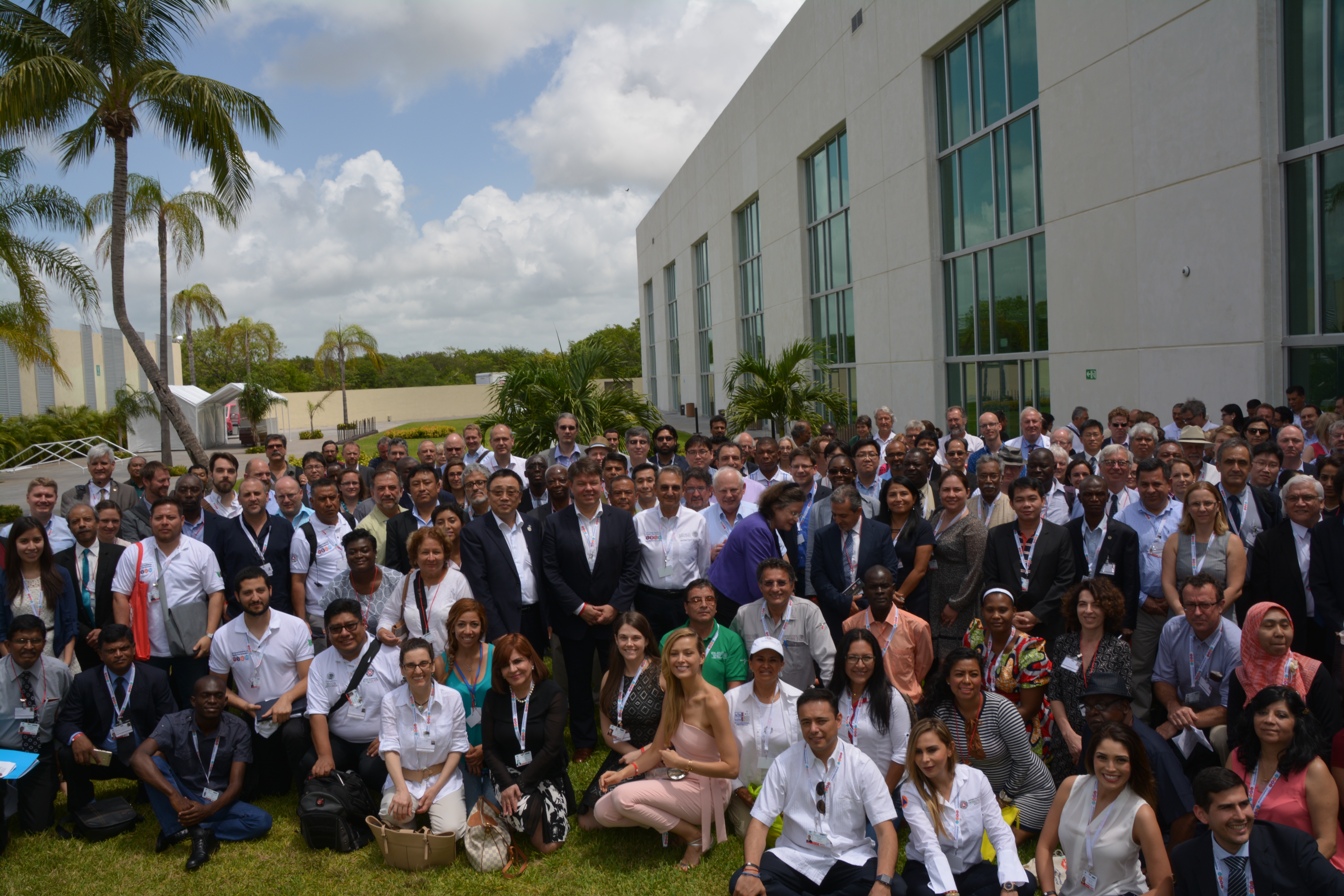