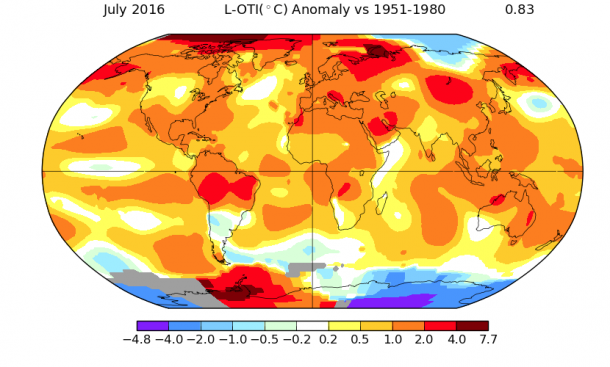 Scientists at NASA’s Goddard Institute for Space Studies (GISS) in New York released their monthly analysis of global temperatures and revealed that the Earth’s temperature reached its highest point in the modern record in July.

July is usually the hottest month of the year and is the peak of summer in the Northern Hemisphere, which has more land area than the Southern Hemisphere. Climate scientists are expecting an ongoing increase in global temperatures.

Some areas in the Artic were above average and most of the land and ocean areas on Earth were warmer than usual. Typically hot countries like India and Iraq set new temperature high records, and some oceans around the world are experiencing the longest-lasting global coral-bleaching event recorded in history.