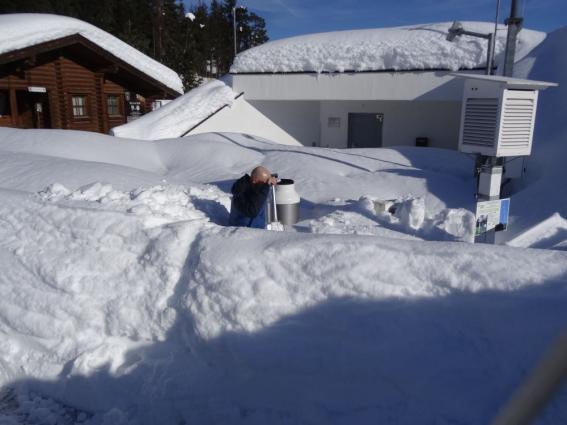 The year 2019 has started where 2018 left off – with extreme weather causing disruption, damage and loss of life. The high impact of these events – some of which are consistent from what we expect as a result of climate change -  underline why extreme weather, climate change and environmental risks dominated the World Economic Forum’s annual Global Risks Perception Survey.

Australia saw an unusual extended period of heatwaves which began in early December 2018 and continued into January 2019. Australia had its hottest month of December on record and its hottest December day (27 December) on record. Marble Bar, in Western Australia, recorded a temperature of 49.3 °C on 27 December.

This followed an extreme heatwave that affected the tropical Queensland coast during late November 2018. Temperatures spiked again in mid-January, topping 45°C in many places in New South Wales and central Australia on 16 January.

A special statement from the Bureau of Meteorology described atmospheric conditions leading to the high temperatures but also highlighted the role of long-term climate change.

Heatwaves are becoming more intense, extended and frequent as a result of climate change and this trend is expected to continue.

Australia had its third warmest year on record in 2018, with protracted drought and persistent warmth. Nationally-averaged rainfall was 11% below average for the year at 412.8 mm (1961–1990 average 465.2 mm). In its three-month outlook, the Bureau of Meteorology said that warmer than average days and nights are likely for almost all of Australia for February to April.

Europe and Middle East: A persistent low pressure area over northern Germany through Sweden has affected weather patterns from northern Europe into the central and Eastern Mediterranean.

Since the start of 2019, severe winter storms have hit the eastern Mediterranean and parts of the Middle East, with particularly severe impacts on vulnerable populations including refugees. There has been heavy coastal flooding along the Baltic coast of Germany and Denmark, very heavy snow in along the northern Alps especially in Austria and Southern Germany. High risk Avalanche warnings have been issued for many parts of the Alps especially in areas of Austria where significant snows have blocked roads and caused many ski resorts to close.

The Austrian national meteorological service, ZAMG, said some regions saw new snowfall records. In Hochfilzen in Tirol more than 451 centimetres (cm) of snow fell in the first 15 days of January, an event statistically only expected once a century. Other resorts in Tirol also received once-in-a-century snowfalls.

The German weather service or Deutscher Wetterdienst, DWD, also issued a number of top-level snow and winter weather warnings as a result of heavy and persistent snowfall on the northern side of the Alps. Climate projections show that winter precipitation in Germany is expected to be more intense. This will necessitate adaptation measures, for instance in regulations for buildings to withstand the weight of snow, according to DWD.

Eastern Switzerland received twice as much snow as the long-term average.

The WMO Climate Watch System in Europe is monitoring this pattern and is providing related guidance and information to the affected countries in a pre-operational mode. It is up to the above mentioned NMHSs to closely monitor the status and evolution of the current climate conditions.

The Deutscher Wetterdienst, which is responsible for issuing the Climate Watches at regional level over Europe, updated its Climate Watch, valid 28 January. It said that due to the results from monthly forecasts we expect:

Northeast Argentina, and the adjacent parts of Paraguay, Uruguay and Brazil have been hit with extensive flooding, with well above the long-term expected average rainfall.

On January 8, the Argentine city of Resistencia recorded 224mm rainfall. This is a new 24-hour rainfall record, much higher than the previous highest of 206mm, recorded in January 1994, according to the national meteorological service, SMN Argentina.