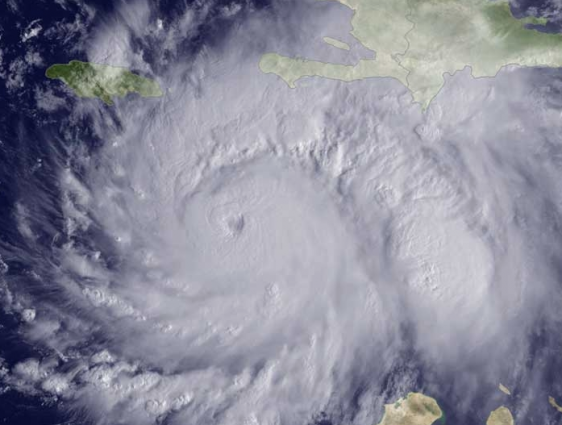 The Atlantic, eastern Pacific and central Pacific 2016 hurricane seasons, which ended on 30 November, all were above-normal, according to the US National Oceanographic and Atmospheric Administration (NOAA).

The Atlantic, eastern Pacific and central Pacific 2016 hurricane seasons, which ended on 30 November, all were above-normal, according to the US National Oceanographic and Atmospheric Administration (NOAA).

For the Atlantic, this was the first above-normal season since 2012. The Atlantic saw 15 named storms during 2016, including 7 hurricanes (wind speeds of above 119 km/h). Three of these (Gaston, Matthew and Nicole) were major hurricanes of category 3 or above (wind speeds of at least 178 km/h).

The strongest and longest-lived storm of the season was Matthew, which reached maximum sustained surface winds of 160 miles per hour and lasted as a major hurricane for eight days from Sept. 30 to Oct. 7. Matthew was the first category 5 hurricane in the Atlantic basin since Felix in 2007.

The hurricane season officially lasts from 1 June to 30 November 2016. However, Hurricane Alex developed in the central Azores as a rare January tropical cyclone. Hurricane Otto made landfall in Nicaragua very late in the season on 24 November and then exited into the Pacific as a tropical storm.

The eastern Pacific hurricane basin, which covers the eastern Pacific Ocean east of 140 degrees West, produced 20 named storms during 2016, above the long-term average of 16.5. This included 10 hurricanes of which 4 became major hurricanes. July through September was the most active three-month period on record for this basin.

WMO’s Regional Association IV Hurricane Committee will make a full review of the 2016 at its annual meeting in March 2017. The US National Hurricane Center acts as WMO’s Regional Specialized Meteorological Centre.