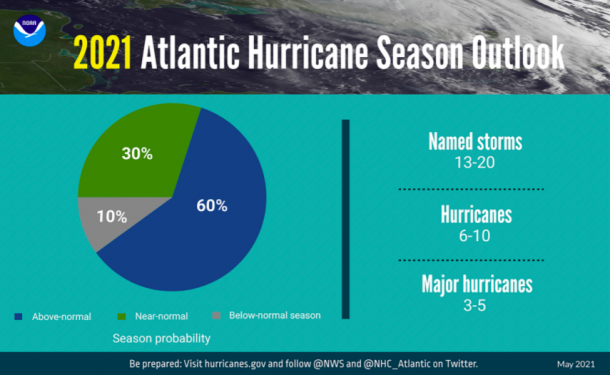 Another above-normal Atlantic hurricane season is expected this year, even as many communities in the Caribbean, Central America and United States of America are still recovering from the record-breaking 2020 season, compounded by the challenges of the COVID-19 pandemic.

“Although NOAA scientists don’t expect this season to be as busy as last year, it only takes one storm to devastate a community,” said Ben Friedman, acting NOAA administrator. “The forecasters at the National Hurricane Center are well-prepared with significant upgrades to our computer models, emerging observation techniques, and the expertise to deliver the life-saving forecasts that we all depend on during this, and every, hurricane season.”

Last month, NOAA updated the statistics used to determine when hurricane seasons are above-, near-, or below-average relative to the latest climate record. Based on this update an average hurricane season produces 14 named storms, of which 7 become hurricanes, including 3 major hurricanes.

Scientists at NOAA – and other centres of expertise - also continue to study how climate change is impacting the strength and frequency of tropical cyclones, as well as changes in tropical cyclone-related rainfall and storm surge.

The US National Hurricane Center in Miami acts as WMO’s Regional Specialized Meteorological Center (RSMC) for tropical cyclone forecasting, under a successful cooperation model which ensures that sophisticated forecast, training and impact assessment products reach countries and communities which are most vulnerable to tropical cyclone-related hazards.

This ensures the coordinated provision of forecasts and warnings, as well as impact assessments for wind, storm surge and flooding hazards to all members of WMO’s Hurricane Committee in North America, Central America and the Caribbean (WMO Regional Association IV).

Developing countries and small islands in the Caribbean and Central America – as well as major coastal cities in the United States of America - are vulnerable to the impacts of tropical cyclones, which can overturn years of socio-economic development in a matter of hours.

Despite the severe impacts and fatalities that occurred in 2020, hundreds and perhaps thousands of lives were saved thanks to preparedness. Timely and targeted warnings ensured a successful balance between the need to evacuate and the need to stay put in the midst of the pandemic. 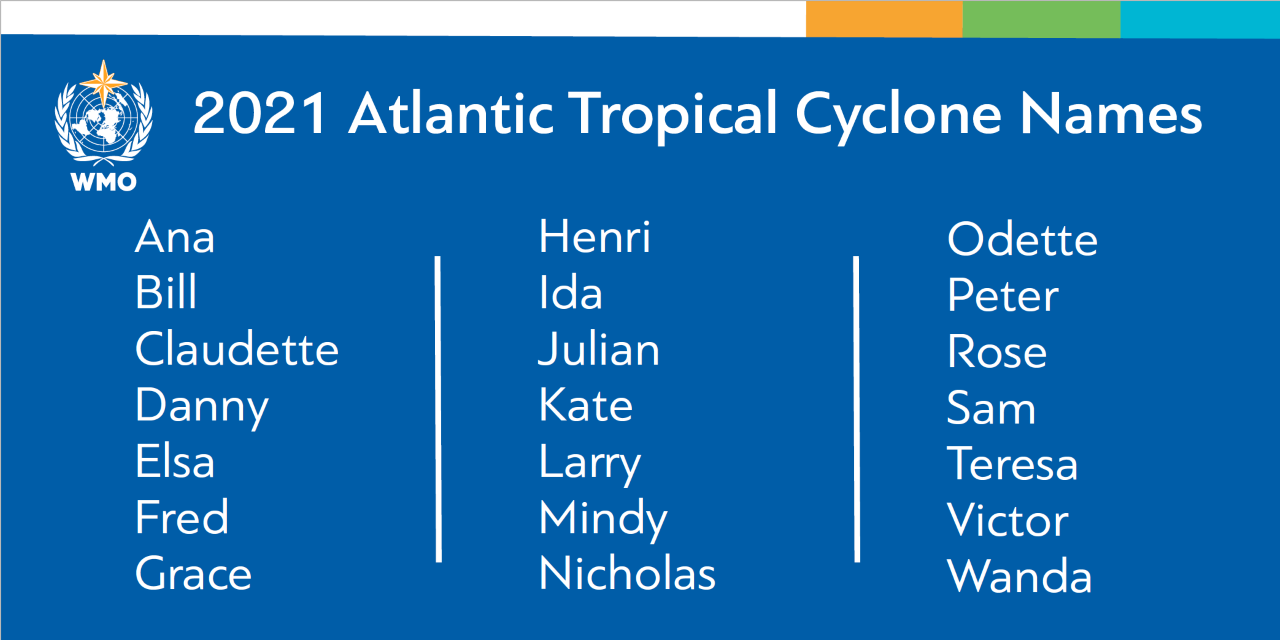 The 2020 season was so active that it exhausted the regular Atlantic tropical cyclone name lists which repeat every six years unless a storm is so deadly or costly that its name is retired from future lists. The Greek alphabet was used for only the second time in 2020.

This will not be repeated because the WMO Hurricane Committee decided that the use of the Greek alphabet created a distraction from the communication of hazard and storm warnings and was potentially confusing. Instead of the Greek alphabet, in the event that the list of regular names being exhausted, a new supplemental list will be used.