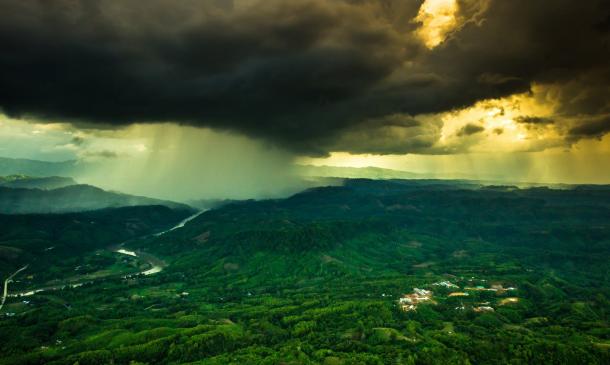 Advance information about the likely performance of the monsoon underpins planning and decision-making in climate-sensitive sectors such as agriculture and informs public health and risk-management strategies.

SASCOF was launched in 2010 under the auspices of WMO to engage South Asian countries that share a strong and common interest in understanding and forecasting the monsoon. It is one of a worldwide network of Regional Climate Outlook Forums supported by WMO and its partners to promote collaboration and information sharing on seasonal climate prediction and related issues. 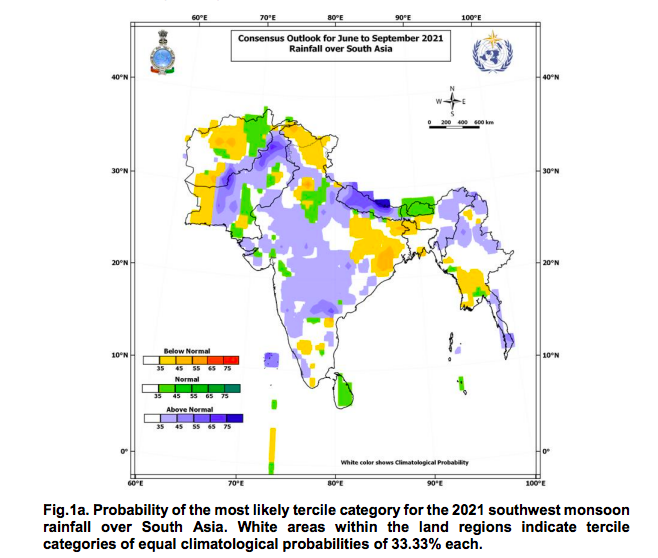 The regional climate outlook for the 2021 southwest monsoon season was developed at the virtual 19th SASCOF session from 26 to 28 April through collaborative efforts of the RCC Pune, all nine National Meteorological and Hydrological Services (NMHSs) of South Asia, with the support from international experts, including from the UK Met Office and the Regional Integrated Multi-Hazard Early Warning System for Africa and Asia (RIMES). It was based on an expert assessment of the prevailing global climate conditions and objective seasonal forecast techniques using data from different climate models from around the world.

The snow-cover over Northern Hemisphere as well as Eurasia was below normal in the past few months. Winter and spring snow cover extent has a general inverse relationship with the subsequent Asian summer monsoon rainfall.

The 2021 seasonal forecast follows a year in which heavy monsoon rains brought not only socio-economic benefits but also death and upheaval. In 2020, India had one of its two wettest monsoon seasons since 1994, with nationally-averaged rainfall for June to September 9% above the long-term average. Heavy rain, flooding and landslides also affected surrounding countries. August was the wettest month on record for Pakistan, according to the WMO’s State of the Global Climate 2020 report released on 19 April.