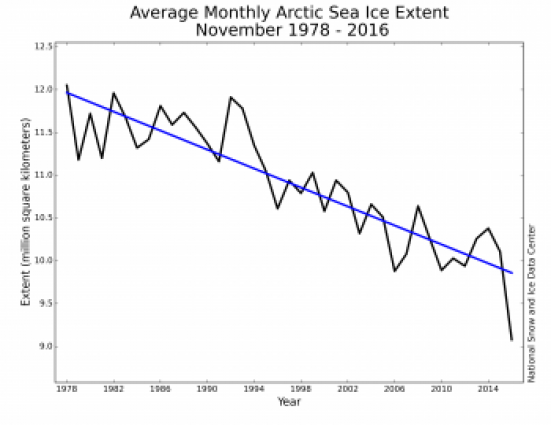 Average Arctic sea ice extent for November was the lowest on the satellite record, reflecting unusually high air temperatures, winds from the south, and a warm ocean. Antarctic sea ice extent quickly declined in November, also setting a record low for the month – in marked contrast to recent years. For the globe as a whole, sea ice cover was exceptionally low, according to the U.S. National Snow and Ice Data Center (NSIDC).

At this time of year, air temperatures near the surface of the Arctic Ocean are generally well below freezing, but this year has seen exceptional warmth. For a brief period in the middle of November, total extent actually decreased by 50,000 square kilometres - an almost unprecedented occurrence for November over the period of satellite observations, according to NSIDC.

This year, Antarctic sea ice reached its annual maximum extent on August 31, much earlier than average, and has since been declining at a fairly rapid pace. This 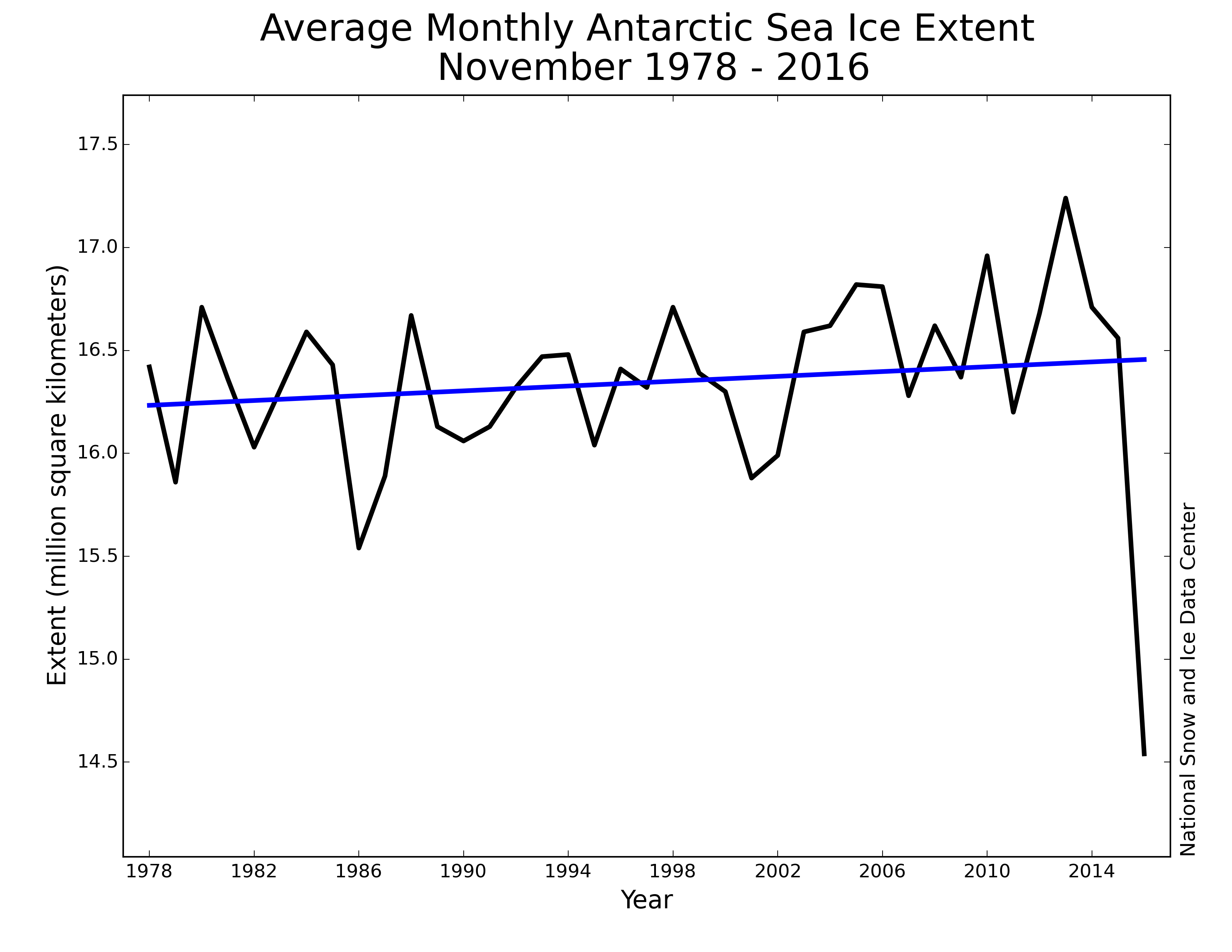 Part of the explanation for this appears to lie in changing wind patterns, with large  large scale winds blowing north to south, tending to compact and compress sea ice, according to NSIDC.

“The processes governing the evolution of sea ice in both hemispheres is a result of different atmospheric and oceanic processes and geographies and it unlikely that record low conditions in the two hemispheres are connected,” said the NSIDC.