The first-ever United Nations summit on oceans today wrapped up with a global agreement to reverse the decline of the ocean's health, and more than 1,300 pledged actions for protecting the blue.

“The bar has been raised on global consciousness and awareness of the problem in the oceans,” the President of the UN General Assembly, Peter Thomson, told journalists in New York.

The Conference is focusing on efforts to achieve the targets under Sustainable Development Goal (SDG) 14. The main areas of work at The Ocean Conference will be a political call to action, a segment on partnership dialogues and voluntary commitments. On the eve of the conference more than 600 commitments had been received, with practical solutions to restore the health of the ocean.

The World Meteorological Organization has a top-level delegation at the conference to strengthen partnership dialogues and pledge voluntary commitments.

WMO also joined in activities, including supporting a new web portal, for World Oceans Day on 8 June The theme of this year's event is Our Oceans Our Future.

Scientific response to changes in the Arctic. The Arctic is warming around twice as rapidly as the rest of the world. A side event focusing on the Arctic stressed the need to strengthen scientific understanding of the far-reaching changes.  “What happens in the Arctic does not stay in the Arctic,” said WMO Secretary-General Petteri Taalas. The recently launched Year of Polar Prediction is a coordinated campaign by WMO and a wide array of partners to strengthen observations and forecasts in both the Arctic and Antarctic, and to improve environmental safety in the region. 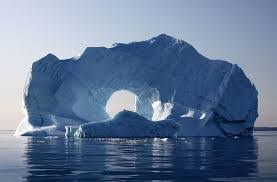 Speakers at the side event stressed that:

There is a clear and urgent need to focus on polar regions – where climate change impacts are evident.

Melting of sea ice, changing water temperatures and ocean acidification in this region is having far-reaching impacts physically, and on ecosystems, with subsequent socio-economic impacts. It is important to improve the science and knowledge, (including indigenous  knowledge) and communicate this to the decision-makers.

Improved communications and knowledge of changing conditions is urgently required to improve forecasting for maritime safety. With increased shipping, and more variable ice-conditions, there is a higher risk of accidents and oil spills.

Increased understanding of the Arctic environment is important both for local communities and also worldwide, given the connectivity between Arctic climate and ocean processes with the global climate and ocean circulation. 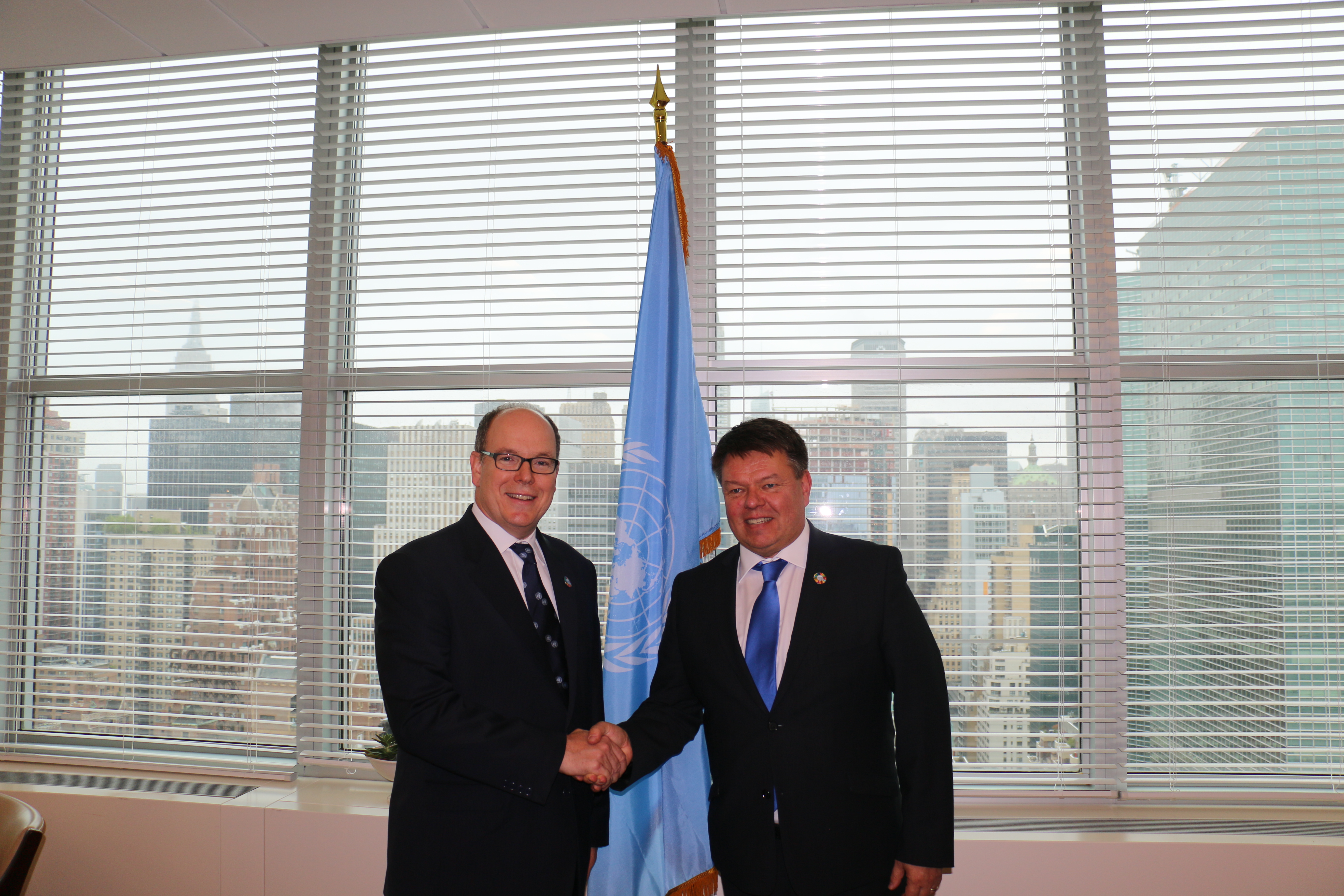 One fourth of the carbon dioxide released into the atmosphere from human activities is absorbed by the ocean, resulting in increased seawater acidity (+30% compared to preindustrial period). That change severely affects ocean chemistry , and in particular calcifying organisms such as mollusks, corals and calcareous plankton, with potentially profound impacts on marine resources and livelihoods dependent on them. This is particularly relevant to SIDS and other coastal LDCs.

Co-chair Agostinho Mondlane, Minister of the Sea, Inland Waters and Fisheries, Mozambique, explained how ocean acidification hinders Mozambique’s efforts to build alternative livelihoods for coastal communities based on mariculture. Both stressed the importance of the Paris Agreement to mitigate ocean acidification.

WMO Secretary-General Taalas noted that acidification will continue even if CO2 emissions decline rapidly and underlined the need for adaptation.

The El Niño of 2015-2016 greatly affected more than 60 million people around the globe and damaged marine ecosystems through extensive coral bleaching. Consensus models for 2017 are predicting a medium probability of El Niño conditions in the 2017 Northern Hemisphere summer. 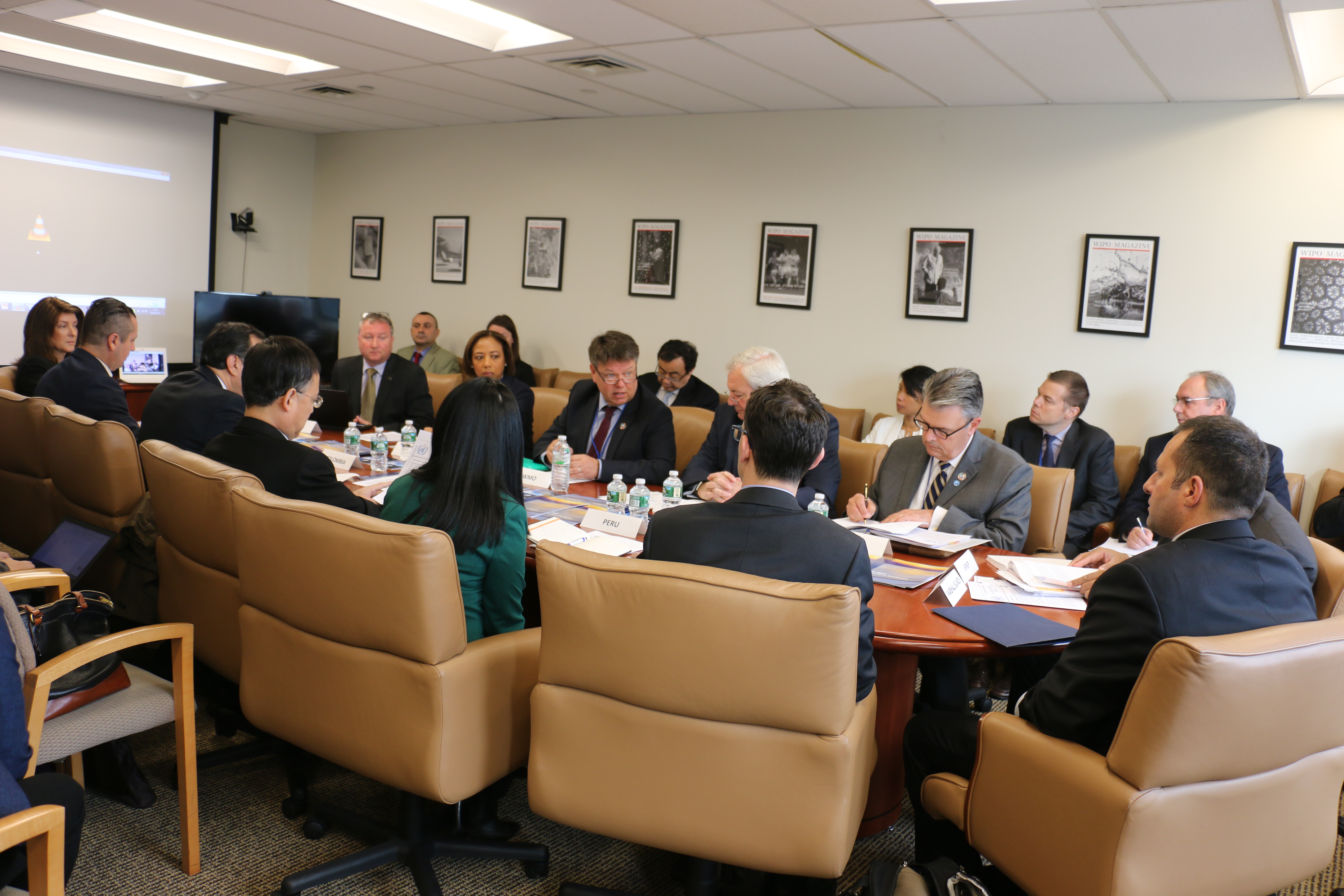 A UN General Assembly resolution in 2016 recognized the technical and scientific support of WMO in producing regionally coordinated monthly and seasonal forecasts of El Niño/La Niña conditions and encouraged it to further strengthen collaboration and the exchange of data and information. A UN Blueprint for Action recommended .anticipating crises through risk management,  investments in resilience, and turning early warning into early action.

At a special briefing held during the Ocean Conference, Mr Taalas outlined WMO’s strategic planning to strengthen international coordination to improve forecasts and early warning capabilities and to improvesupport for countries to respond to El Niño impacts through WMO-designated specialized centers.

Consensus models for 2017 are predicting a medium probability of El Niño conditions in the 2017 Northern Hemisphere summer. As El Niño’s influences on regional climate are well understood, it is prudent that governments take early precautions against the potential impact of this event and future events, through early warning of associated hazards and early action to save lives, protect critical infrastructures and mitigate impacts on affected socio-economic sectors

Implemented jointly with EUMETSAT, this initiative seeks to optimize the use of hydro-meteorological infrastructure and knowledge to support decision-making on climate adaptation and mitigation policies in the African, Caribbean and Pacific Group of States (ACP countries). Consistent with the overall approach of the Global Framework for Climate Services (GFCS), it will support climate information services with technical and financial assistance, infrastructure and capacity building. It will also bring together the users and providers of climate services to ensure that services fully meet user needs. 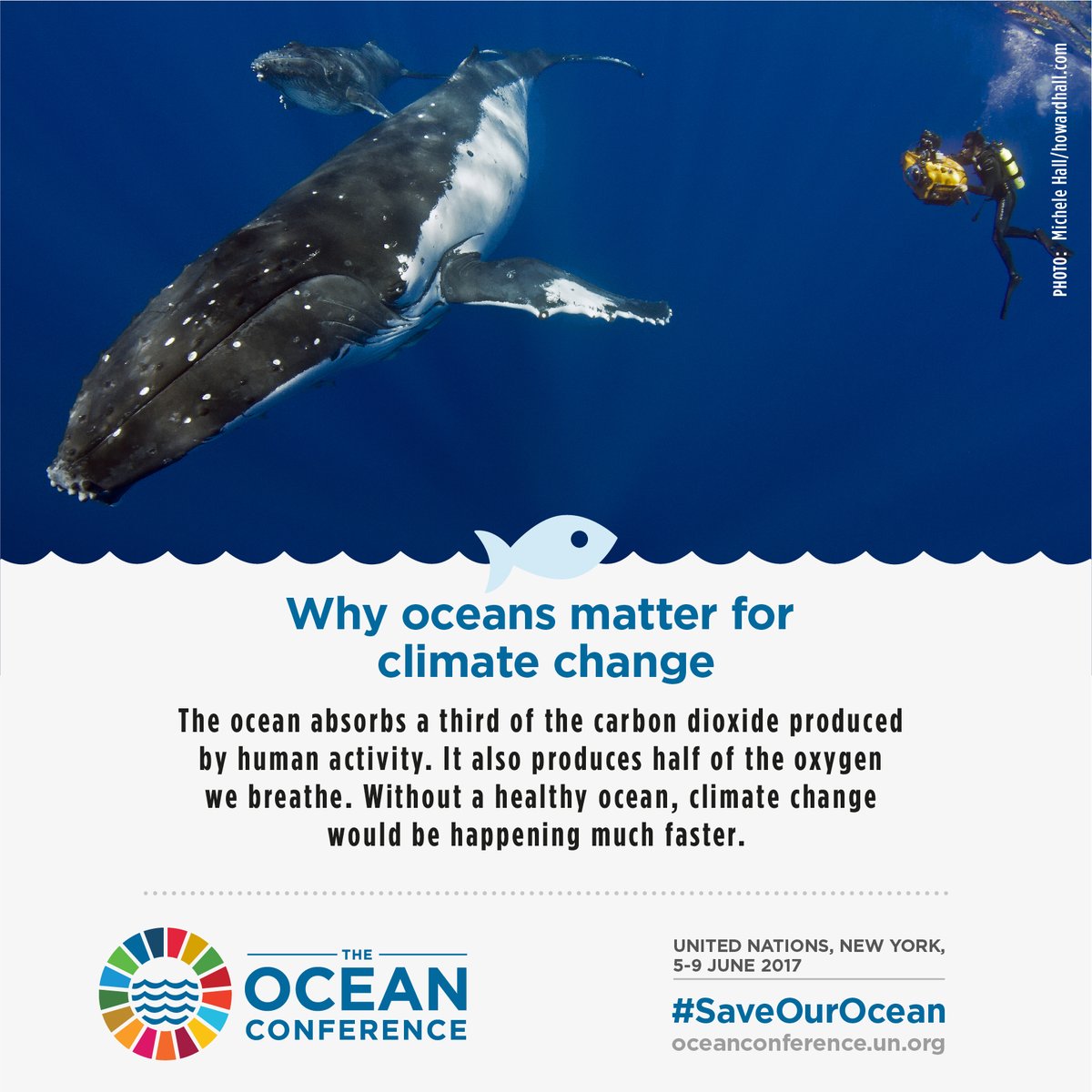 SDG 14: Conserve and sustainably use oceans

The Ocean Conference is officially known as the “United Nations Conference to Support the Implementation of Sustainable Development Goal 14: Conserve and sustainably use the oceans, seas and marine resources for sustainable development.” Sustainable use of the of the ocean is critically important because the ocean is a major driver of the global economy, carrying more than 90 per cent of world trade and sustaining the 40 per cent of humanity that lives within 100 km of the coast.

In addition, because the ocean moves massive amounts of heat and nutrients around the planet and strongly influences the water and carbon cycles, it is a major driver of the world’s weather and climate. Sea-level rise, warming sea-water temperatures and ocean acidification are damaging fisheries, coral reefs and coastal ecosystems. This threatens food security in a world with a growing demand for protein. Another challenge is that chemical pollutants and sand and dust blow off the continents into the atmosphere and travel down rivers to be deposited in the ocean, affecting the chemistry of sea-water and causing significant harm to marine ecosystems.

The role of WMO

The ocean has always played an important role in the activities of WMO. Its precursor, the International Meteorological Organization, was established as a result of an international maritime conference held in 1853 and the need to provide weather safety information for shipping. Today WMO  is the authoritative voice of the UN system on the state and behaviour of the atmosphere, its interaction with the land and oceans, the weather and climate it produces and the resulting distribution of water resources.

The growing importance of timely and reliable information for safety at sea and on the world’s coasts is due to the growing impacts of extreme weather events and climate change and to growing populations in low-lying and vulnerable coastal areas. Recognizing this, national weather agencies and researchers under the umbrella of the WMO regularly monitor the ocean, model how it affects the atmosphere, and deliver marine services to support coastal management and safety at sea.

In the area of marine services, WMO contributes to SDG 14 by playing a key role in developing capacity and facilitating the transfer of technology to strengthen service delivery. Many countries need a greater capacity to deliver warnings, conduct search and rescue operations, and respond to emergencies such as oil and chemical spills. WMO also coordinates the sharing of observations and data, collaborating on research, setting technical standards and designing effective services. In this way, WMO contributes significantly to human safety at sea and to the sustainable development of the ocean.