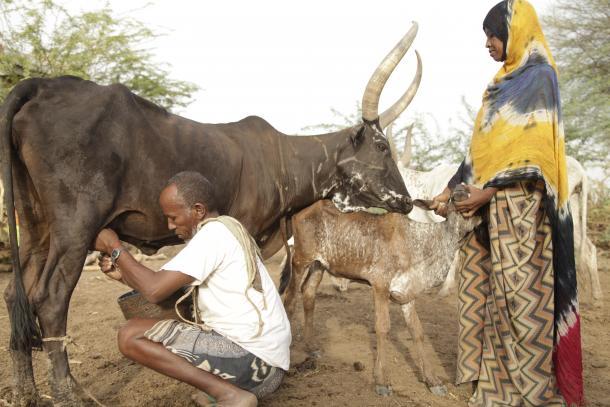 Early action needed to prevent food crisis in the Greater Horn of Africa. There is a high risk of worsening food insecurity in parts of Kenya, Ethiopia, Somalia and Uganda if forecasted rainfall deficits materialize, according to a new assessment.

The delay in the start of the March to June long rains, coupled with forecasted rainfall deficits in April are building on already dry conditions due to poor October to December rains. The poor performance of the past season’s short rains already led to below-average crop production and deteriorating pastures in some agro-pastoral and marginal mixed farming areas, according to the Food Security and Nutrition Working Group, a regional platform co-chaired by the United Nations Food and Agriculture Organization and the Inter-Governmental Authority on Development Climate Prediction and Application Centre (ICPAC).

Around 10.7 million people are currently food insecure across Somalia, Kenya, Ethiopia and Karamoja region in Uganda. Although the food insecure population is lower than numbers observed during the drought of 2017 (15.3 million people), there is a high risk of a worsening situation due to forecasted rainfall deficits.

If the forecasted rainfall deficits materialize in April, this would lead to an atypical increase in food insecurity, likely to peak from June to October.

ICPAC is a WMO Regional Climate Centre in Africa and plays and important role in the global drive to strengthen the provision and use of climate services in key sectors like agriculture and food security in support of the international agenda on sustainable development, disaster risk reduction and climate change adaptation.

Experience in delivering livelihood-based early actions in the Horn of Africa during the crisis of 2016/17, proved that 1 USD invested  in early actions saved up to 9 USD required for humanitarian response.

The Food Security and Nutrition Working Group urges immediate and coordinated planning by governments, donors and all concerned stakeholders to respond to the potentially deteriorating food security and nutrition situation.

It recommends that there should be regular monitoring of developments using both remote sensing and joint field rapid assessments in worst-affected areas, including performance of the 2019 long/Gu rains;  crop production levels and cereal supplies, pasture, water, and livestock conditions.

The Food Security and Nutrition Working Group will monitor closely the situation and provide climate updates on a 10-day basis, as well as monthly overall food security updates.