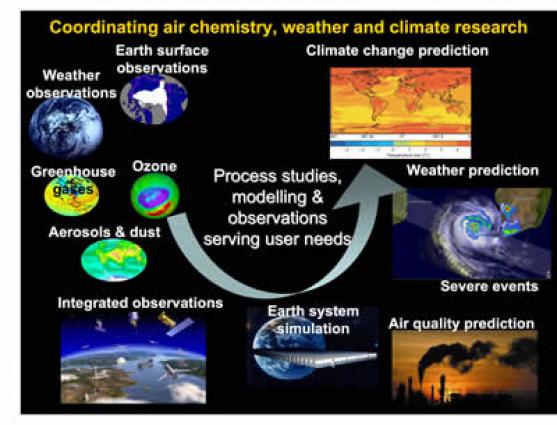 An international action plan to improve predictions of weather, climate and ice conditions in Polar regions has been agreed in an effort to minimize the risks and maximize the opportunities associated with rapid changes in the Arctic and Antarctic environments.

An international action plan to improve predictions of weather, climate and ice conditions in Polar regions has been agreed in an effort to minimize the risks and maximize the opportunities associated with rapid changes in the Arctic and Antarctic environments.

A conference from 13-15 July, which grouped operational weather and climate prediction centres, environmental experts, researchers, funding agencies and the shipping and tourist sectors, finalized plans for a Year of Polar Prediction. This will take place from mid-2017 to mid-2019 (in order to cover an entire year in both the Arctic and Antarctic) and will seek to accelerate and consolidate research, observing, modelling, verification and educational activities as part of a wider Polar Prediction Project.

There is growing interest in the polar regions, fuelled by concerns about the rapid pace of climate change. The Arctic is heating at roughly twice the global average rate, with consequent reductions in ice and snow cover and melting of glaciers and permafrost. The impact of this is not confined to the Arctic but is felt in other parts of the globe – as exemplified by rising sea levels and changing weather and climate patterns.

“Advances in Polar prediction will lead to improvements in weather forecasts, climate predictions and, ultimately, better services for those who live and work in these higher latitudes as well as those living in the  lower-latitude regions,” said World Meteorological Organization President David Grimes.

Polar regions which were previously difficult to access are now opening up to economic, transportation and tourism activities. This is leading to more demands for better predictions. However, lack of observations and scientific understanding currently makes weather, water, ocean, wave and sea ice forecasting very challenging.

“Climate change comes with opportunities, such as reduced maritime transport time from Europe to Asia, and risks such as oil spills and ship accidents. We need improved predictive capacity to manage both the opportunities and the risks,” said Thomas Jung, of Germany’s Alfred Wegener Institute Helmholtz-Centre for Polar and Marine Research, and chair of the Polar Prediction Project steering committee.

The conference, at WMO headquarters in Geneva, heard about the utmost importance of reliable weather and ice reporting services at daily, monthly and seasonal timescales for shipping.

Potential economic benefits come at a price – and not just the negative implications of climate change for global society. An increase in Arctic shipping might result in more oil spills.

“A large spill in the Arctic would present a massive challenge,” said Petter Meier Deputy Director General of Norway’s Ministry of Transport and Communications.

“None of the Arctic states currently have the capacity to respond to an oil spill. If we pool our resources, we would be better placed to cope. We need effective preventive measures because we simply can not afford to jeopardize the marine environment,” said Mr Meier.

Mr Meier said that toxic effects of Arctic oil spills may last longer because there are fewer organisms to break down the oil. He cited the remoteness of the area, as well as short daylight hours for much of the year as additional concerns.

More accurate weather forecasts and predictions are also needed in Antarctica to provide better logistical support for research activities and tourism (more than 44,000 visits in 2014-2015). It costs about US$100,000 if a flight from New Zealand to the McMurdo research Station has to turn around because of unforecast poor weather at McMurdo.

The Geneva meeting agreed on a number of actions for the Year of Polar Prediction.

The Polar Prediction Project is driven by WMO’s World Weather Research Programme. Its international coordination office is hosted by the Alfred Wegener Institute, Helmholtz Centre for Polar and Marine Research in Germany.