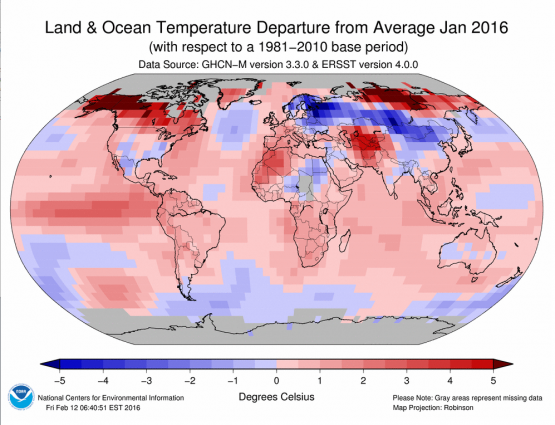 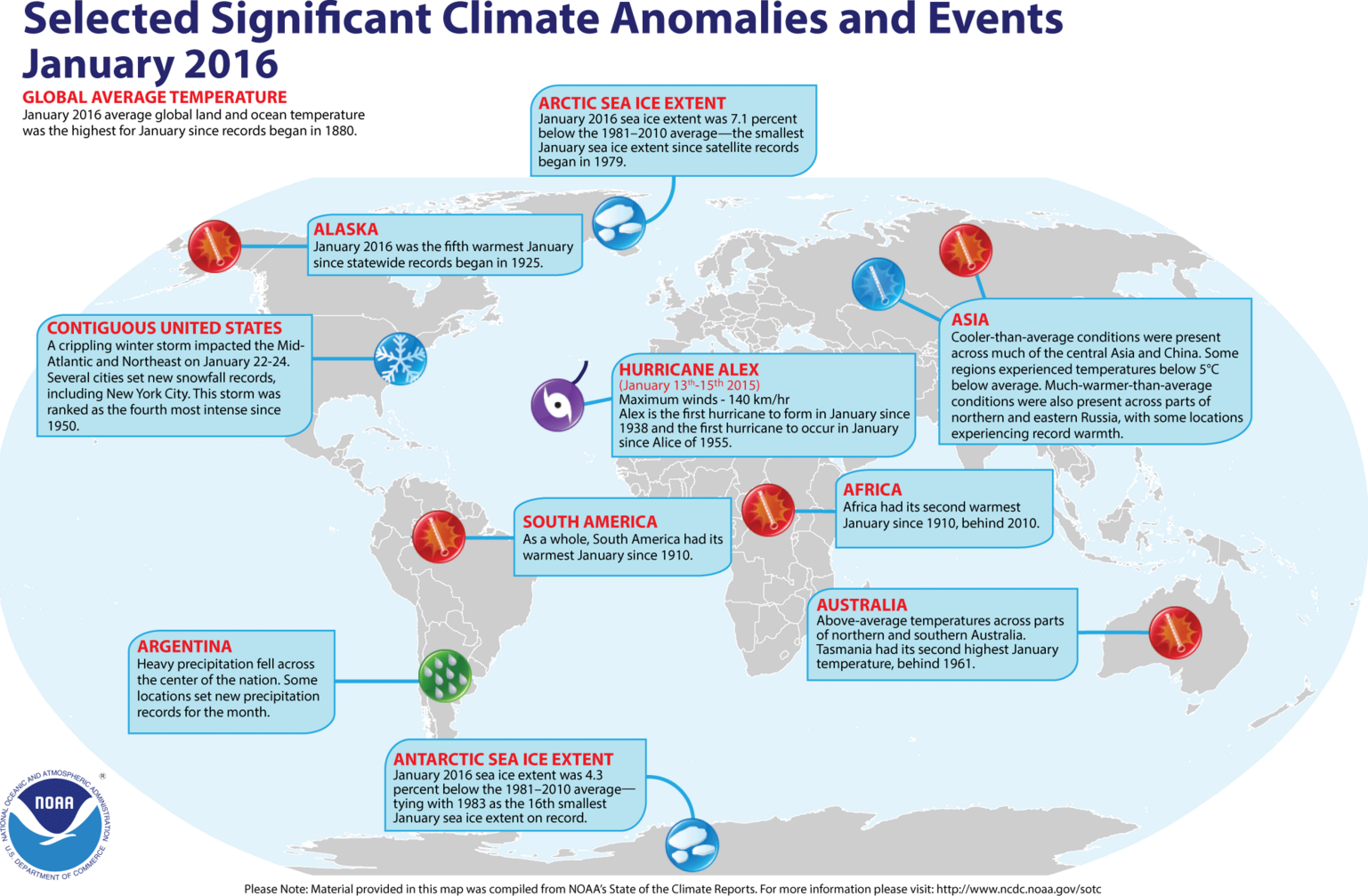 Record heat experienced in 2015 continued in January 2016, fuelled by the ongoing El Niño and long-term climate change. Arctic sea ice extent was the smallest on the satellite record.

January 2016 also marks the ninth consecutive month to break a monthly global temperature record, according to the monthly summary is developed by scientists at NOAA's National Centers for Environmental Information.

WMO is using a combination of datasets, including from NOAA, for its Statement on the Status of the Global Climate in 2015. The final statement will be released for World Meteorological Day on 23 March. Consolidated figures show that 2015 was the hottest year on record by a huge margin, at about 0.76°C above the 1961-1990 average.

The average Arctic sea ice extent for January was 410,000 square miles (7.14 percent) below the 1981-2010 average. This was the smallest January extent since records began in 1979 and 35,000 square miles smaller than the previous record of 2011, according to analysis by the National Snow and Ice Data Center based on data from NOAA and NASA.