Record stratospheric ozone loss in the Arctic in Spring of 2011 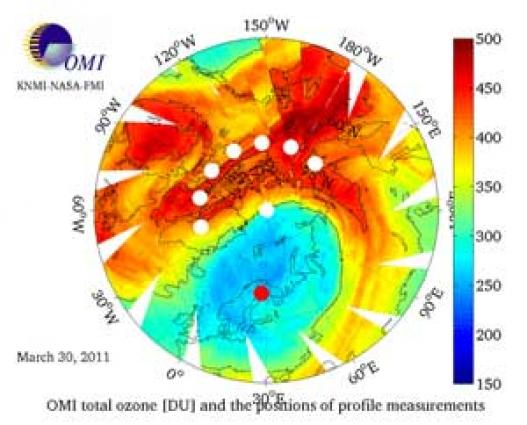 Record stratospheric ozone loss in the Arctic in Spring of 2011

Depletion of the ozone layer - the shield that protects life on Earth from harmful levels of ultraviolet rays - has reached an unprecedented level over the Arctic this spring because of the continuing presence of ozone-depleting substances in the atmosphere and a very cold winter in the stratosphere. The stratosphere is the second major layer of the Earths atmosphere, just above the troposphere.

The record loss is despite an international agreement which has been very successful in cutting production and consumption of ozone destroying chemicals. Because of the long atmospheric lifetimes of these compounds it will take several decades before their concentrations are back down to pre-1980 levels, the target agreed in the Montreal Protocol on Substances that Deplete the Ozone Layer.