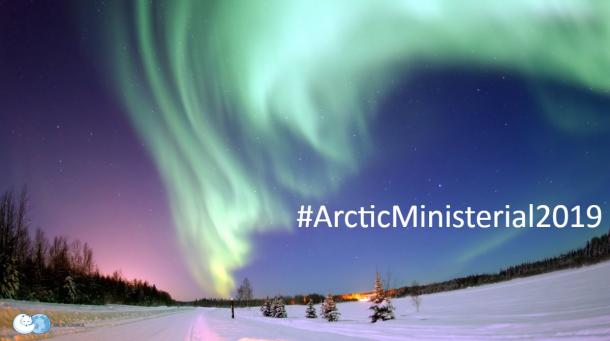 New observations confirm continued rapid warming in the Arctic, driving many of the changes underway in the region, including loss of sea ice and glacier coverage, as well as changes in terrestrial and marine ecosystems. This affects Arctic communities and economies, according to a new Climate Change Update from the Arctic Monitoring and Assessment Programme (AMAP).

Arctic Ocean acidification is an emerging threat – with models predicting the possible collapse of some important Arctic commercial and subsistence fisheries, according to an Arctic Ocean Acidification Assessment. The Arctic and subarctic regions are home to important and valuable fisheries. They yield a tenth of the global commercial catch, and subsistence fisheries provide vital nutritional and cultural services to Arctic residents. 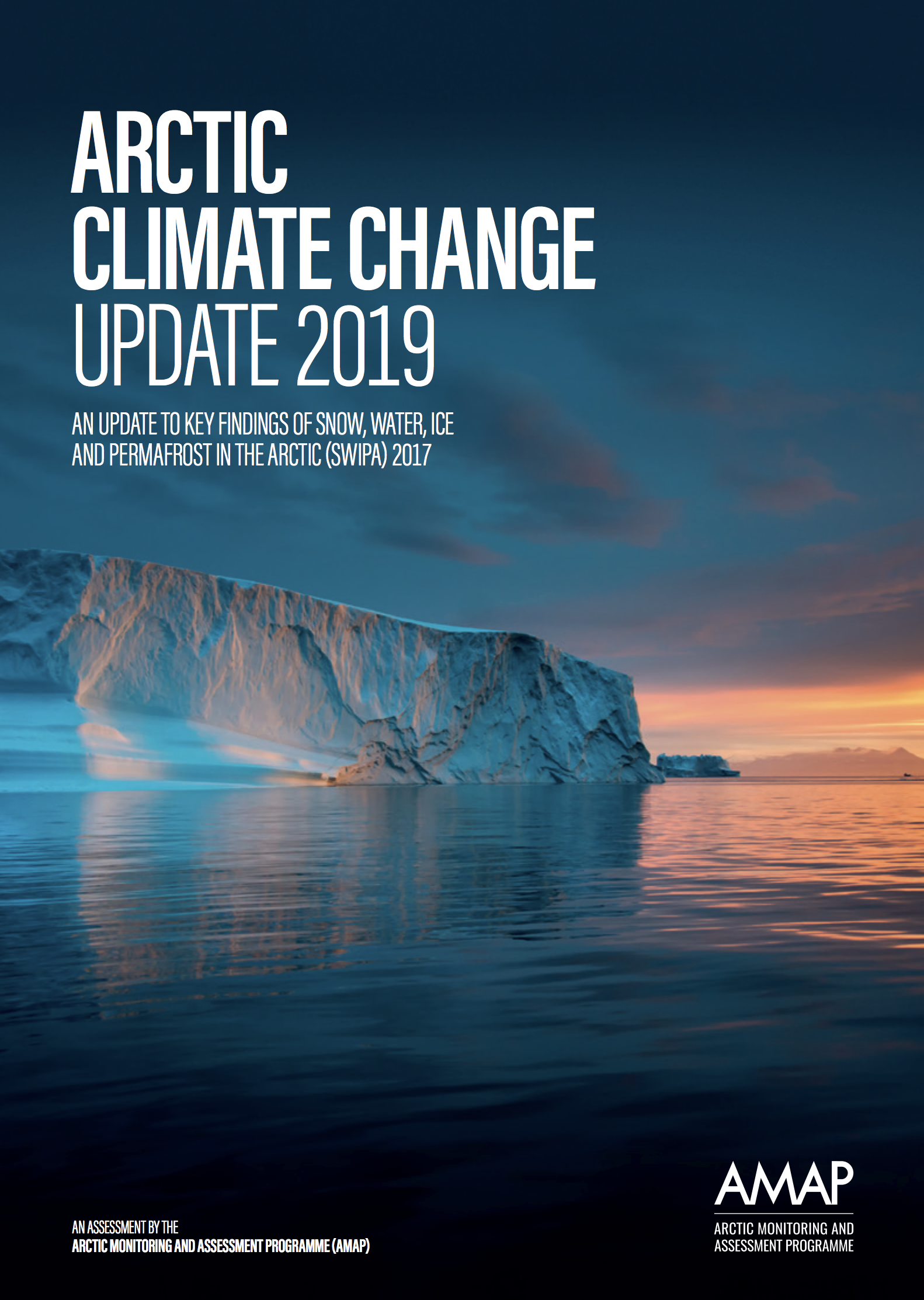 A separate report looked at biological effects of contaminants on Arctic wildlife and fish. Contaminants that are transported to the Arctic by winds and ocean currents, including some that are now globally banned, continue to pose threats to the health of Arctic wildlife and ecosystems, raising concerns for the viability of some Arctic animal populations, it says. Despite global initiatives to restrict the production of legacy chemicals such as persistent organic pollutants (POPs) and mercury, levels in some Arctic top predator species remain elevated and may no longer be declining in response to restrictions in use.

The climate change update and summaries for policy makers was released at the Arctic Council Ministerial in Rovaniemi, Finland on 7 May 2019. The Arctic Monitoring and Assessment Programme (AMAP) is the Arctic Council Working Group responsible for monitoring and assessing the status of pollution and climate change and their impacts in the Arctic, and for developing science-based recommendations for subsequent action.

The Arctic Council is the leading intergovernmental forum promoting cooperation, coordination and interaction among the Arctic States and communities, particularly on issues of sustainable development and environmental protection in the Arctic.

The Ministerial session brought together minister-level representatives from of the eight Arctic States, the delegations from the Council's six indigenous Permanent Participant organizations, and the Chairs of the Council’s six Working Groups.  WMO was granted observer status in 2017.

WMO Secretary-General Petteri Taalas attended the ministerial session and gave a keynote presentation at a 6 May side event on ”Connecting meteorology with traditional knowledge and local knowledge.”

Finland, which has chaired the Council for the past two years, handed over the chairmanship to Iceland, which said its programme for 2019-2021 reflects our commitment to the principle of sustainable development & refers to the necessity of close cooperation.

A ministerial statement read by Finnish Minister for Foreign Affairs of Finland, Timo Soini, welcomed the Arctic Climate Change Update. The meeting recognized that activities outside the Arctic region can have significant effects within the Arctic and noted that the changes taking place are resulting in social, environmental and economic impacts.

The meeting reiterated the importance of developing comprehensive monitoring and observation networks in the Arctic. It noted the value of international and national meteorological, cryospheric and oceanographic expertise to the work of the Arctic Council, and encouraged intensified meteorological cooperation to improve and support informed decision-making.

Observed and projected annual average warming in the Arctic continues to be more than twice the global mean, with higher increases in winter.

Arctic annual surface air temperatures in the past five years exceeded those of any year since 1900. Arctic winter sea ice maximums in 2015, 2016, 2017, and 2018 were at record low levels, and the volume of Arctic sea ice present in the month of September has declined by 75 percent since 1979.

Warming temperatures and extreme events are affecting the Arctic terrestrial landscape through expansion of shrubs into tundra, increased vulnerability to insect disturbances, regional declines in tundra vegetation, and increases in severe fire years. Marine environments are also affected: for example the loss of sea ice has triggered shifts in marine algal blooms, with potential impacts throughout the food web including krill, fish, birds, and mammals in marine ecosystems.

Arctic glaciers, led by the Greenland Ice Sheet, are the largest land-ice contributors to global sea level rise. Even if the Paris Agreement is successful, they will continue to lose mass over the course of this century.