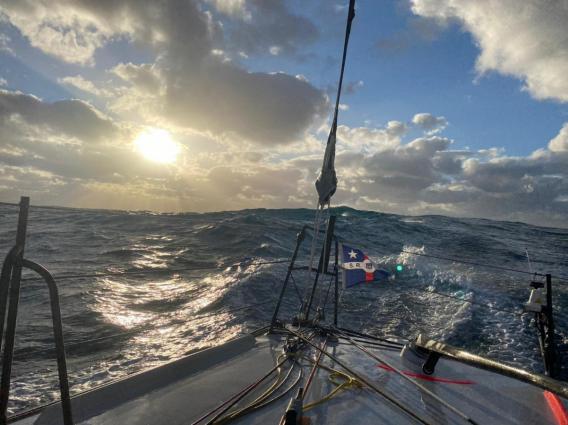 A round-the-world ocean yacht race, which has brought together skippers and scientists to support ocean observations, is nearing its climax.

Ten of the skippers in the Vendée Globe race, which set sail in November and is racing to its conclusion by the end of January, took with them on board their IMOCA yachts scientific instruments including either drifting buoys that gather climatological information or Argo floats that analyse sea water. Before they rounded the Cape of Good Hope after weeks at sea, the solo skippers deployed all the drifting buoys and almost all the Argo floats at agreed co-ordinates in the Atlantic.

The initiative is in support of the Global Ocean Observing System (GOOS), within the framework of the United Nations Decade of Ocean Science for Sustainable Development (2021-2030). One of the priorities of the Ocean Decade is to ensure a sustainable ocean observing system that delivers timely data and information accessible to all users on the state of the ocean, across all ocean basins.

GOOS is a collaborative system of continuous in situ and satellite ocean observations, implemented by numerous programmes and organisations. These observations provide key oceanographic and meteorological data for applications such as climate studies, forecasts and early warnings, and marine ecosystems health monitoring.

The in situ observing network, implemented by 86 countries, is internationally coordinated and monitored in real-time by OceanOPS, a joint centre of the Intergovernmental Oceanographic Commission of UNESCO (IOC) and the World Meteorological Organisation (WMO) under GOOS.

“The global ocean observing system is under growing pressure to meet the demand for weather and ocean services and forecast products, multi-hazard early warning systems, and climate and ocean health applications,” says WMO Director of Infrastructure Anthony Rea. “In the current global Covid-19 pandemic, several ocean observing systems and ocean monitoring operations have been impacted. WMO therefore extends its appreciation and congratulations to the Vendée Globe skippers for their valuable contribution to weather and ocean observations.”

Usually, the deployment of ocean observing instruments is done through research oceanographic ships, which are very costly and not able to sail everywhere throughout the ocean regardless of the season. Racing yachts allow us to reach remote and not yet well sampled areas of the ocean, filling critical observational gaps, especially during this challenging pandemic period. 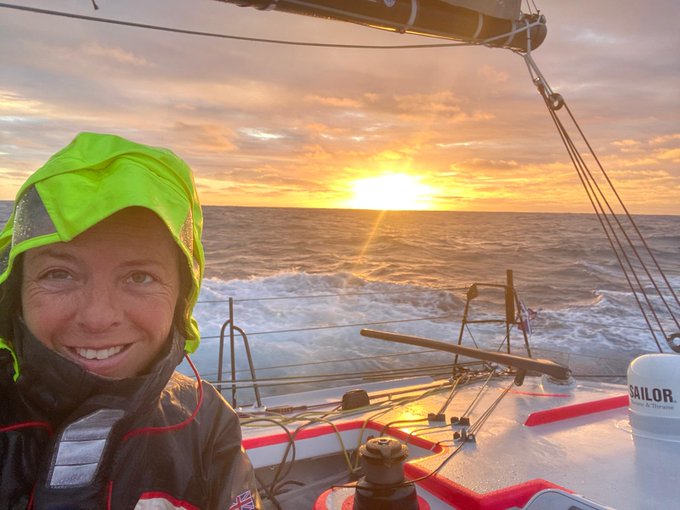 “About 2,000 autonomous instruments (such as profiling floats and drifting buoys) must be deployed every year to sustain the GOOS. We are calling today on civil society to support the GOOS implementation and we wish to unlock the potential of the citizens, NGOs, private sphere and of course of the world class sailors, some of our best ocean ambassadors” says Mathieu Belbéoch, OceanOPS Lead.

“For 10 years now I have been pledging for the ocean sustainability and protection, and I have been trying to help scientists to better understand the ocean. I have realized that, due to the long period I spent at sea, in very remote oceanic areas, where only a few ships go, I can be really useful for ocean study and preservation. The oceanographic data I have acquired during this Vendée Globe are very rare and precious for the scientists,” says Alexia Barrier, 4myplanet/IMOCA skipper.

Martin Kramp, the Ship Coordinator at OceanOPS, says the Vendée Globe skippers have made an important contribution both to weather forecasts and understanding the health of the ocean.

“These instruments will help us in areas where we have little means to gather the data which go into the day-to-day global weather forecasts,” he said. “This improves the safety of life at sea and helps us understand e.g. ocean currents, or how much carbon and heat are absorbed by the ocean, which is important for climate change studies”.

Long Jiang, the Technical Coordinator at OceanOps for the Data Buoy Cooperation Panel added: “the deployment of barometer-equipped surface drifters are critical for numerical weather predictions as atmospheric pressure can’t be measured directly from satellites”.

In January 2020, a partnership was signed between UNESCO and IMOCA (International Monohull Open Class Association) to support ocean science and protection of the ocean. For 2 years, these organisations will carry out various joint projects including met-ocean observations.