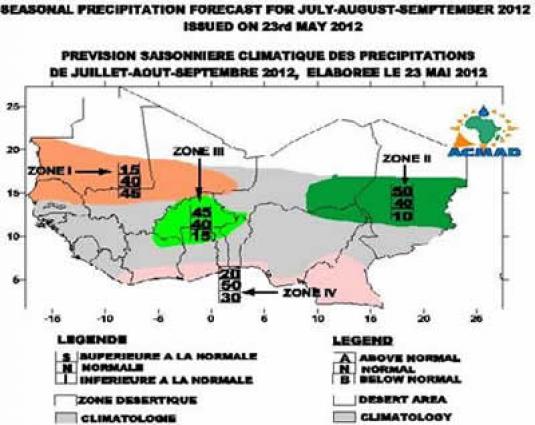 Here is a summary:

-Normal precipitation is very likely (zone IV) along the West African coast from Liberia to Nigeria and much of the southern part of Cameroon;

The region is not expected to experience severe deficit of precipitation. However, knowledge of sub-seasonal variability of the regional climate and analysis of recent experimental products suggest a late onset of precipitation more likely over zone 1 (Northern Senegal, South eastern Mauritania, Western Mali, The Gambia) and disruptions in the distribution of precipitating events during summer 2012 over much of the region.