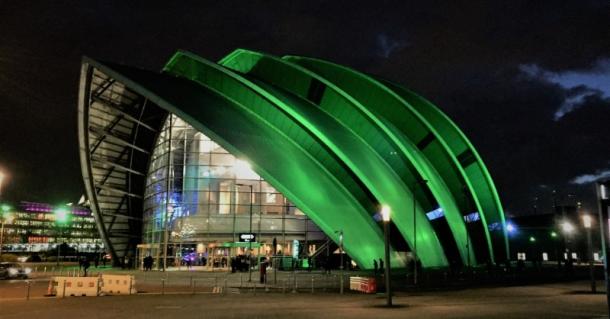 International science advisors from around the globe have signed an open letter, emphasizing that "the scentific case for urgent climate action is unequivocal." The letter was posted on the UK government's website as it prepares to host the UN Climate Change conference, COP26.

"The IPCC’s Sixth Assessment Report Climate Change 2021: The Physical Science Basis showed there is no doubt human activity has warmed the ocean, atmosphere and land and the world is now 1.09°C warmer than it was in the early industrial era. Sea levels are rising, while weather extremes and their impacts such as heatwaves, excess rainfall, wildfires, flooding and droughts are more intense and more frequent. Climate modelling indicates that with every fractional increase in warming, these effects will get worse with all countries vulnerable," says the letter.

COP26 opens on 31 October in Glasgow, bringing together world leaders, negotiators, scientists, businesses, policy makers and citizens as nations seek to reach agreement on how to tackle climate change.

WMO is working in partnership with the Intergovernmental Panel on Climate Change (IPCC) and UK Met Office in hosting the science pavilion in order to support the negotiating teams from around the world with the robust scientific evidence they need to inform their decision making. WMO, Met Office and IPCC experts, alongside colleagues from collaborating organisations, will be available to advise negotiators and other delegates on the latest climate science and services. The events from 01 to 12 November are aligned with the COP26 Presidency programme

"In this crucial year for uniting the world to tackle climate change, the COP26 Science Pavilion will demonstrate the science community’s continued commitment to underpin action on climate change. It will provide a platform to explain the very latest policy-relevant, scientific findings," said WMO Secretary-General Prof. Petteri Taalas.

Met Office Chief Scientist, Professor Stephen Belcher, said; “As part of UK Government, the Met Office Hadley Centre is central to the country’s national climate capability. As a world-class research institute, we have been supporting our Government in the lead up to COP26 and are looking forward to providing authoritative and impartial science to inform negotiations.”

The programme of pavilion events during the first week of the conference will focus on outlining the climate problem and setting the ambition for tackling climate change. Moving into the second week, events will shift to focusing on using climate information for action and to support adaptation and resilience.

Dr, Hoesung Lee, IPCC Chair, said; “The latest IPCC report shows clearly the extent of climate change and underlines the need for action. We look forward to presenting the findings in detail at our shared pavilion at COP26 to policymakers and stakeholders and generally working with them to keep science at the centre of the COP.”

The science pavilion aims to highlight the scientific case for ambitious mitigation and adaptation policies towards a path to resilient net-zero and practical solutions.

"The latest science tells us it is still possible to limit warming to 1.5°C by the end of the century, but only with steep reduction in global emissions by 2030 and if we reach global net zero around 2050, based on targets defined by Nationally Determined Contributions. Stabilising the climate would limit the increase of sea-level rises and probability of extreme weather events. It would improve prospects for prosperity, and protect the health of humans and natural ecosystems. It will require rapid, urgent and sustained action and significant behavioural, socioeconomic and technological transformations across the world. This must begin with rapid scale up and deployment of a wide range of existing and novel technological solutions," says the open letter from the international scientists including WMO chief scientist Juerg Luterbacher.

The letter says it is vital to: