September was the warmest on record 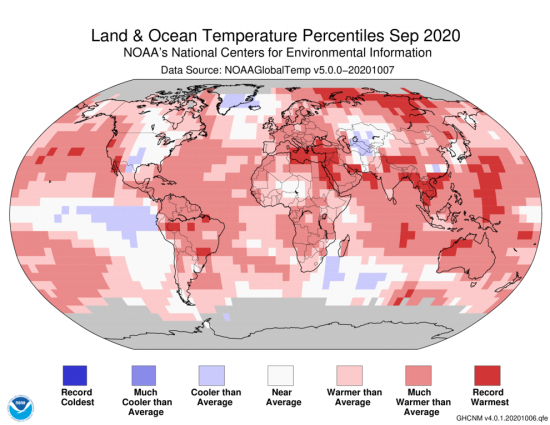 September was the warmest on record

It was the warmest September on record for the globe. The first nine months of 2020 were the second warmest on record (after 2016), according to the U.S. National Oceanic and Atmospheric Administration (NOAA). 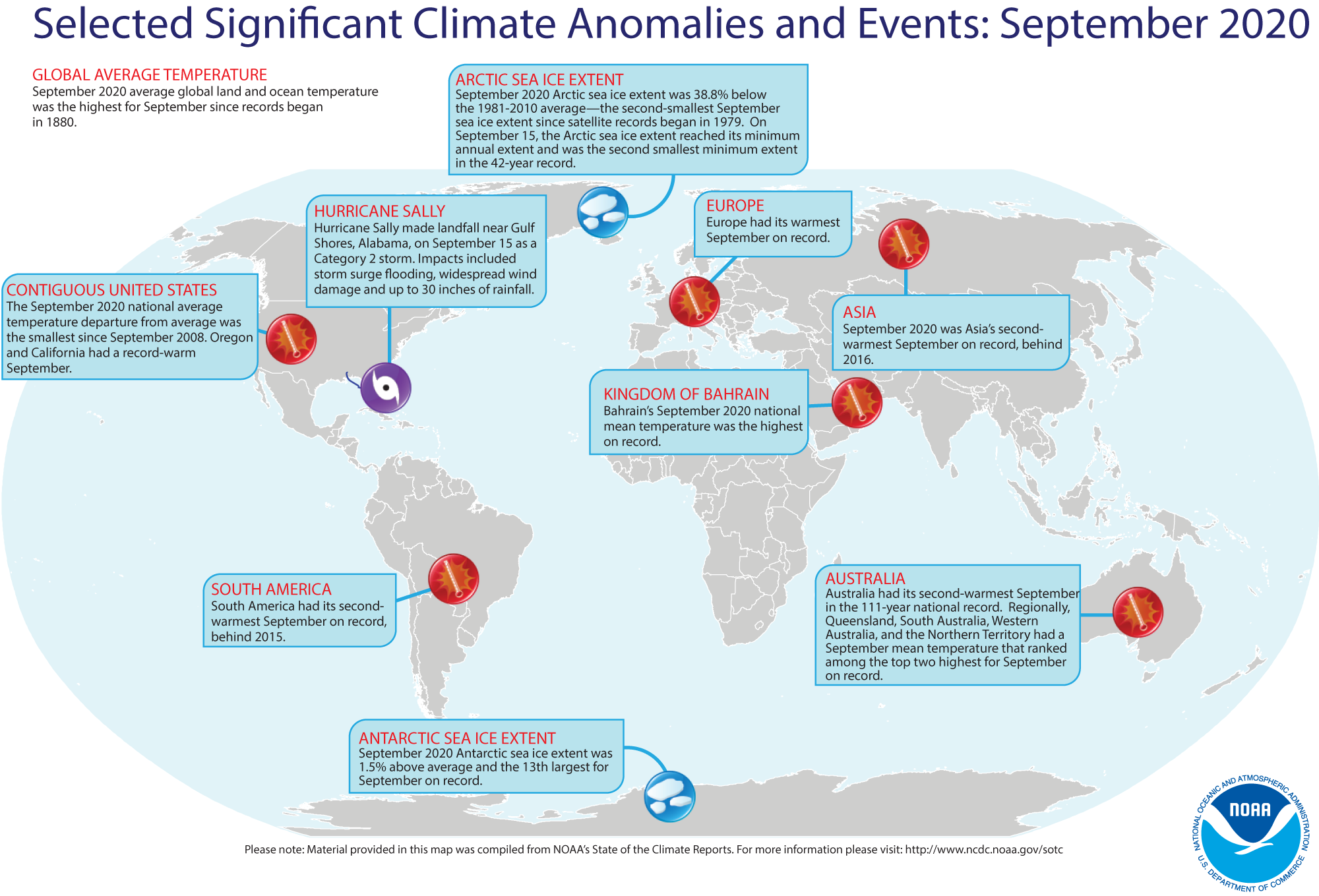 Earlier this month, the Copernicus Climate Change Service operated by the European Centre for Medium Range Weather Forecasts also reported that it was the warmest September on record.

The latest data underline the main conclusion of the recent United in Science report, coordinated by WMO, that climate change has not stopped for COVID-19. Greenhouse gas concentrations in the atmosphere are at record levels and continue to increase. Emissions are heading in the direction of pre-pandemic levels following a temporary decline caused by the lockdown and economic slowdown.

“2016–2020 is set to be the warmest five-year period on record. Whilst many aspects of our lives have been disrupted in 2020, climate change has continued unabated,” said WMO Secretary-General, Professor Petteri Taalas in issuing the United in Science report. “The world is not on track to meet agreed targets to keep global temperature increase well below 2 °C or at 1.5 °C above pre-industrial levels.”

Meanwhile, cooler-than-average conditions were limited to Alaska, western Canada, northern India and across the southern oceans.