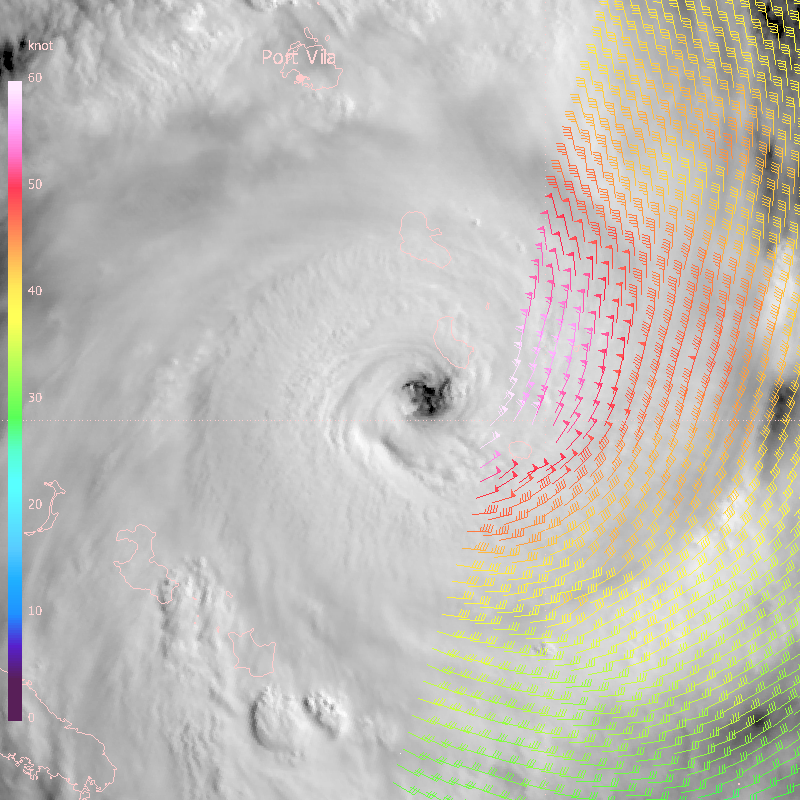 Severe Tropical Cyclone Pam, which caused devastation in Vanuatu, is one of the most powerful cyclones to make landfall. It was a Category 5 and was comparable in intensity (900hPa) to Typhoon Haiyan 890hPa), which hit the Philippines in November 2013.

Winds were estimated to have reached 250 kilomters per hour with gusts of 320 km per hour. Its maximum speed was more than enough to lift an airplane when it made a direct hit on the capital Port Vila on 14 March 2015. It is extremely rare for such a severe tropical cyclone to make landfall in Vanuatu.

The Solomon Islands, Kiribati and Tuvalu were also impacted.

At the Third World Conference on Disaster Risk Reduction in Sendai, one of WMO’s central messages has been that there is a need for coordinated multi-hazard early warning systems and that investment in meteorological services saves lives.

In the case of Severe Tropical Cyclone Pam, the early warnings issued by WMO’s Regional Specialized Meteorological Centre in Fiji and by National Meteorological and Hydrological services were accurate. Without these timely early warnings the loss of life would have been much greater. But such was the intensity of this storm that it caused immense material damage.

The state of damage to meteorological equipment and infrastructure is not yet known due to the extent of the disaster and disruption to communications.

Details of Relief Efforts at www.reliefweb.int