Show Your Stripes: heat continues in 2020 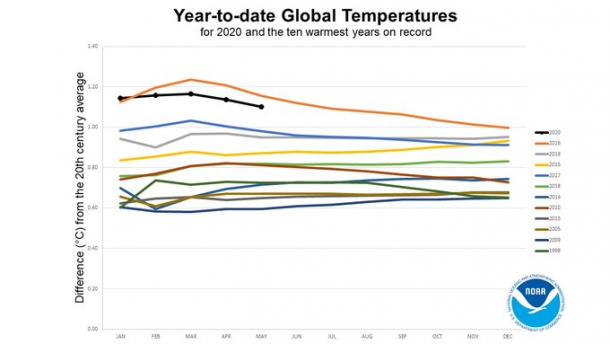 Show Your Stripes: heat continues in 2020

The global surface temperature for the first five months of the year was the second highest on record, marginally behind the strong El Niño year of 2016. The month of May was the warmest May on record, according to U.S. and European datasets.

The year 2020 is very likely  (>99.9%) to rank among the five warmest years and ten warmest years on record, according to a statistical analysis by scientists from the US National Oceanic and Atmospheric Administration's National Centers for Environmental Information.

The analysis was based on current anomalies and historical global annual temperature readings which have confirmed a long-term warming trend due to heat-trapping greenhouse gases in the atmosphere. 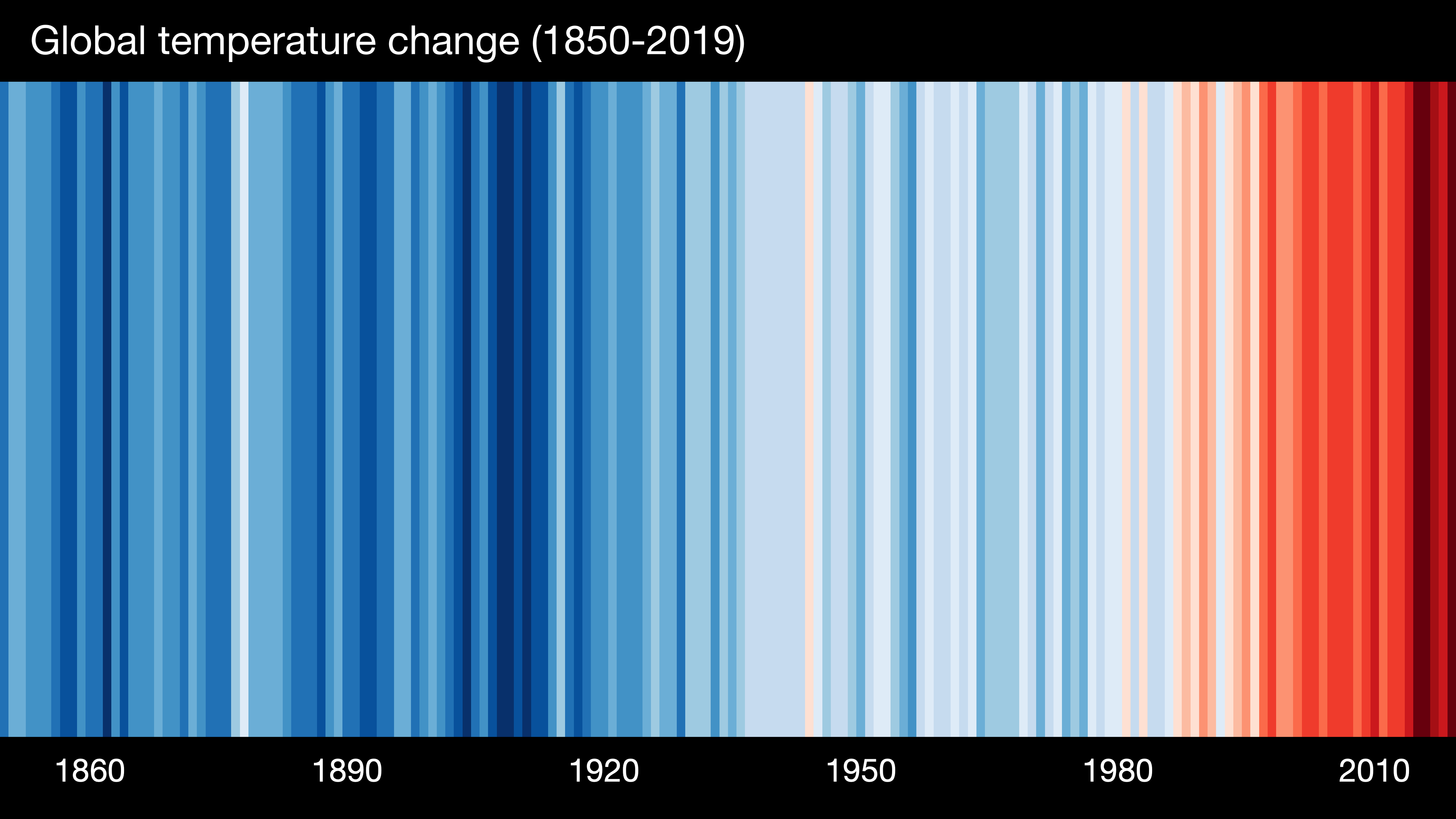 2015-2019 was the warmest five-year period on record, and 2010-2019 the warmest decade on record. Since the 1980s, each successive decade has been warmer than any preceding decade since 1850, according to WMO’s State of the Global Climate reports.

To bring public attention to climate change, broadcast meteorologists around the world on 18 June staged the third annual "Mets Unite Show Your Stripes" campaign. The warming stripes show global warming in cities and countries around the world. – with the concentration of “red” years in the 21st century. That long-term trend is continuing in 2020.

South America, Europe and Asia had their warmest January-May period on record.  Much of the northern half of Asia saw temperatures at least 3.5°C (6.3°F) above average, according to NOAA's monthly global report. Record warm January-May temperatures were present across parts of the Atlantic, southern Pacific, and southern Indian oceans.

It was the warmest May on record, according to the European Centre for Medium Range Weather Forecasts which operates   the European Copernicus Climate Change Service, and uses datasets combining millions of meteorological and marine observations, including from satellites, with models’ outputs to produce climate reanalyses over the entire climate system.

NOAA, which reports monthly climatological data from observing sites, said that that May global temperatures tied with 2016. It was the 44th consecutive May and the 425th consecutive month with temperatures, at least nominally, above the 20th century average. The seven warmest Mays have all occurred in the past seven years.

The Northern Hemisphere had its warmest May on record, driven by exceptional heat in Siberia where temperatures were up to 10 °C above average. The unusual warmth in winter and spring was associated with an exceptionally early break-up of ice in Siberia’s rivers and a massive diesel spill, which according to media reports, was due to melting permafrost beneath tank supports.

“Although the planet as a whole is warming, this isn’t happening evenly. For example, western Siberia stands out as a region that is warming faster than average and where variations in temperature from month to month and year to year tend to be large. However, what is unusual in this case is how long the warmer-than-average anomalies have persisted,” according to the Copernicus Climate Change Service.

Copernicus Atmospheric Monitoring Service reported  that  it was monitoring fire activity in the Arctic Circle.

In contrast to Siberia, much of Alaska saw cooler than average temperatures in May.

Surface temperatures are only one indicator of climate change. Others are: ocean heat, ocean acidification, sea level, glaciers, Arctic and Arctic sea ice extent, and atmospheric carbon dioxide, which continues to be at record levels.