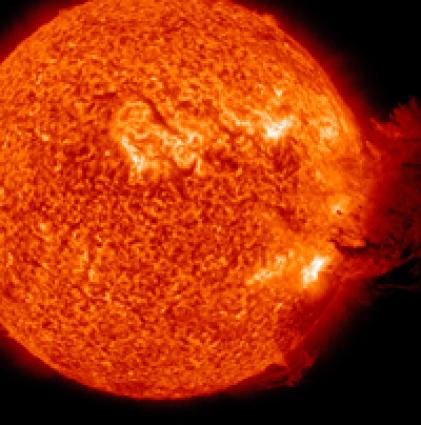 Scientists are monitoring a solar flare which is expected to have a minor impact on the Earth’s magnetic field. Such flares are likely to become more frequent and more severe in the approach to the next peak in solar activity around 2013. WMO is stepping up international coordination on space weather hazards.

The sun unleashed a medium sized solar flare, a minor radiation storm and a spectacular coronal mass ejection from a sunspot 7 June, according to NASA, whose observatory missions captured images of a large cloud of particles which mushroomed up and fell back down, looking if it covered an area of almost half the solar surface.