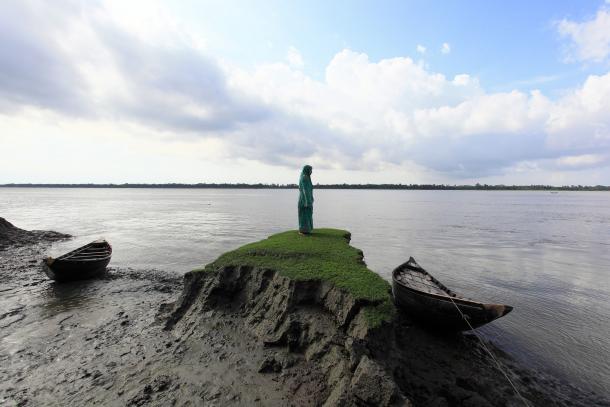 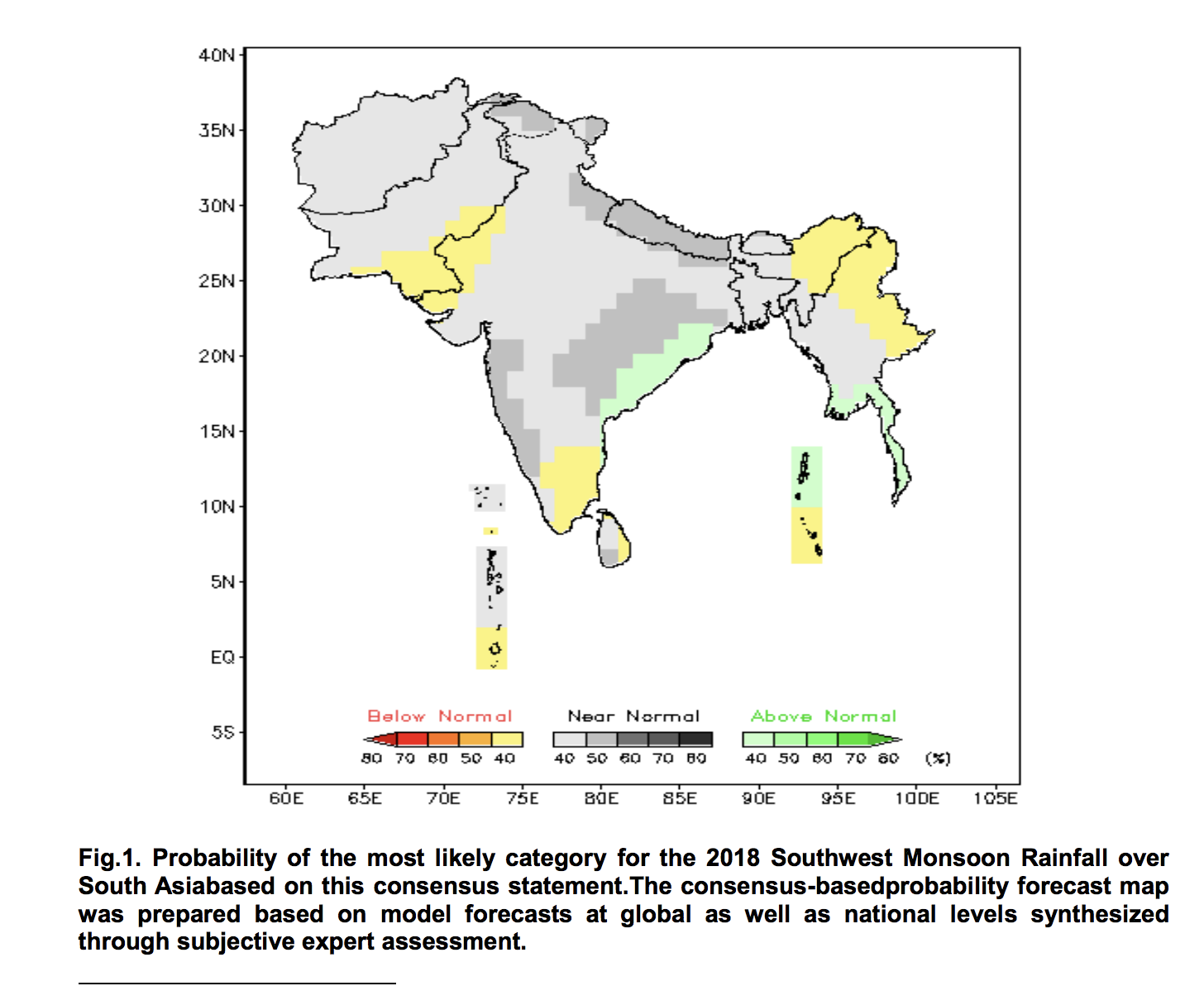 This is according to the South Asian Climate Outlook Forum, which met in Pune, India, from 18-20 April: It issued its predictions based on forecasts from different climate models and expert assessment of prevailing climate conditions such as the El Niño Southern Oscillation (ENSO).

Other regional and global factors are also known to influence the monsoon rainfall patterns over the region, such as the Indian Ocean Dipole, winter and spring Northern hemisphere snow cover and land surface temperatures.  These were also taken into consideration while interpreting the model forecasts.

The Southwest monsoon accounts for 70-80 percent of annual rainfall in most countries of South Asia. It is a key driver of socio-economic development and well-being in the world’s most densely-populated region, but its fluctuations sometimes lead to large-scale droughts and floods which can have devastating impacts.

Last year, overall seasonal rainfall was near average during the monsoon season. However, many parts of the Indian subcontinent were affected by flooding. The most serious flooding occurred in mid-August, after extremely heavy rainfall over a region centred on eastern Nepal, northern Bangladesh and adjacent areas of northern and north-eastern India. More than 40 million people were affected and an estimated 1,200 people died. 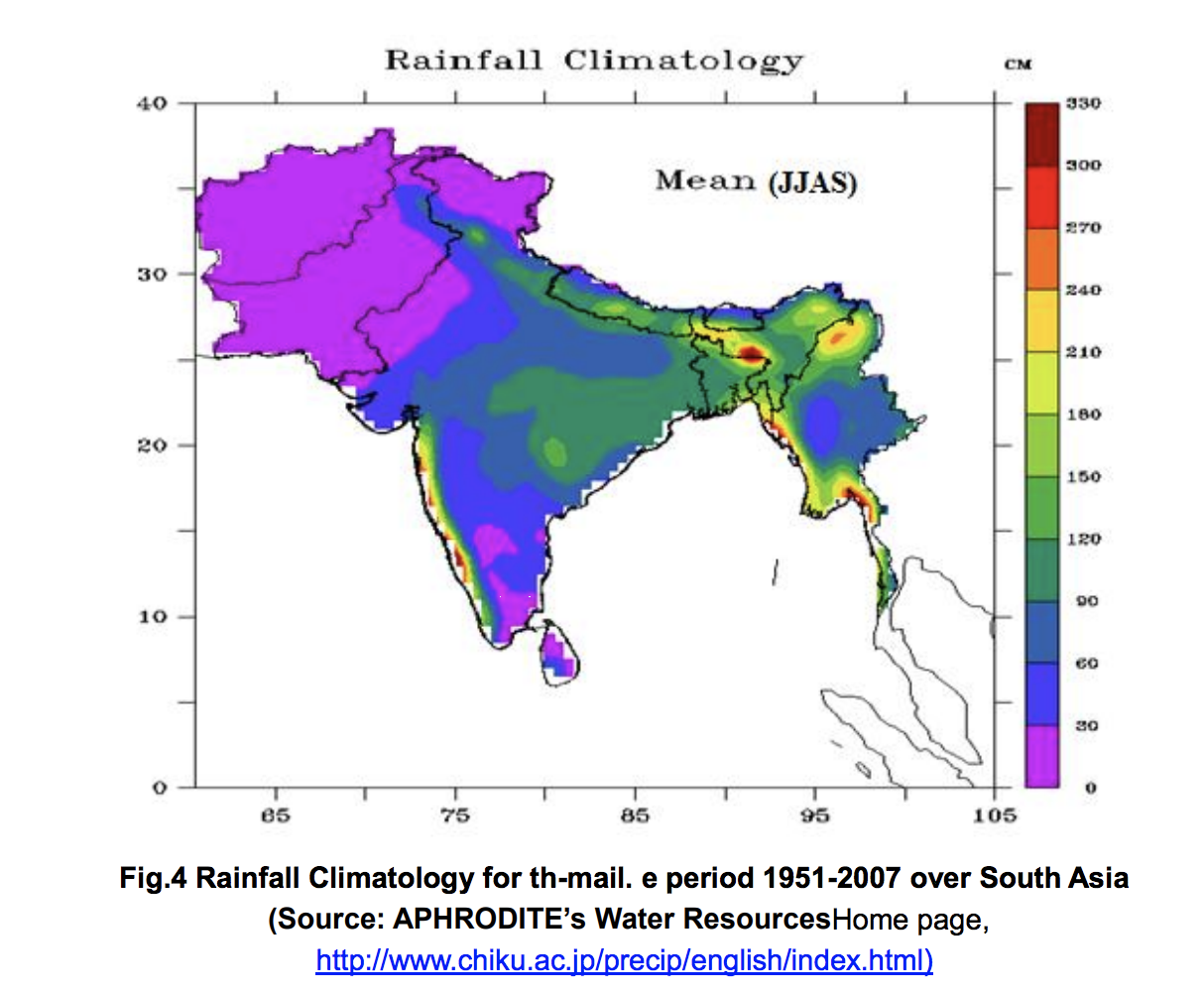 This year, there is acute concern about the impact of the forthcoming tropical cyclone season and extreme monsoon rainfall situations on an estimated 700,000 displaced Rohingyas in cramped and low-lying camps in Cox’s Bazaar in Bangladesh.  Early warning of such natural hazards can greatly facilitate humanitarian assistance efforts.

The regional monsoon outlook is downscaled into national and sub-national scales by National Meteorological and Hydrological Services and is used by climate sensitive sectors such as agriculture, water management, health and disaster risk reduction to plan ahead to maximize the benefits of the monsoon rainfall and minimize the risks.  A great deal of progress has been made in understanding monsoons, but it should be noted that long-lead prediction, particularly of location-specific rainfall amounts, remains a challenge.  As the season progresses, WMO Regional Climate Centre Pune routinely provides updated forecasts for South Asia, which need to be taken into account by the countries in the region to support decision making during the course of the season that lasts four months.

WMO supports regional climate outlook forums all over the world as part of its drive to provide user-friendly climate services for the good of society.

The consensus statement of the South Asian Climate Outlook Forum is here consensus_statement_2018_20_april_2018_1.pdf