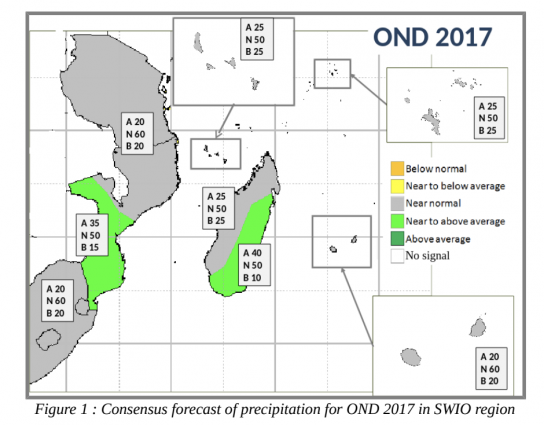 The South West Indian Ocean Climate Outlook Forum (SWIOCOF) has issued its seasonal outlook for October to January as part of a coordinated drive to improve climate services for the Indian Ocean islands.

While the two previous years saw low tropical storm activity, this coming season is expected to come back to normal activity (9 to 10 named tropical depressions). Consequently, the risk of tropical cyclone impact is greater, said a statement issued at the end of the meeting in Seychelles.

It urged decision-makers to refer to their national meteorological services for updates. An outlook update specific to the cyclone activity will be provided by WMO Regional Specialized Meteorological Centre Reunion in November 2017. 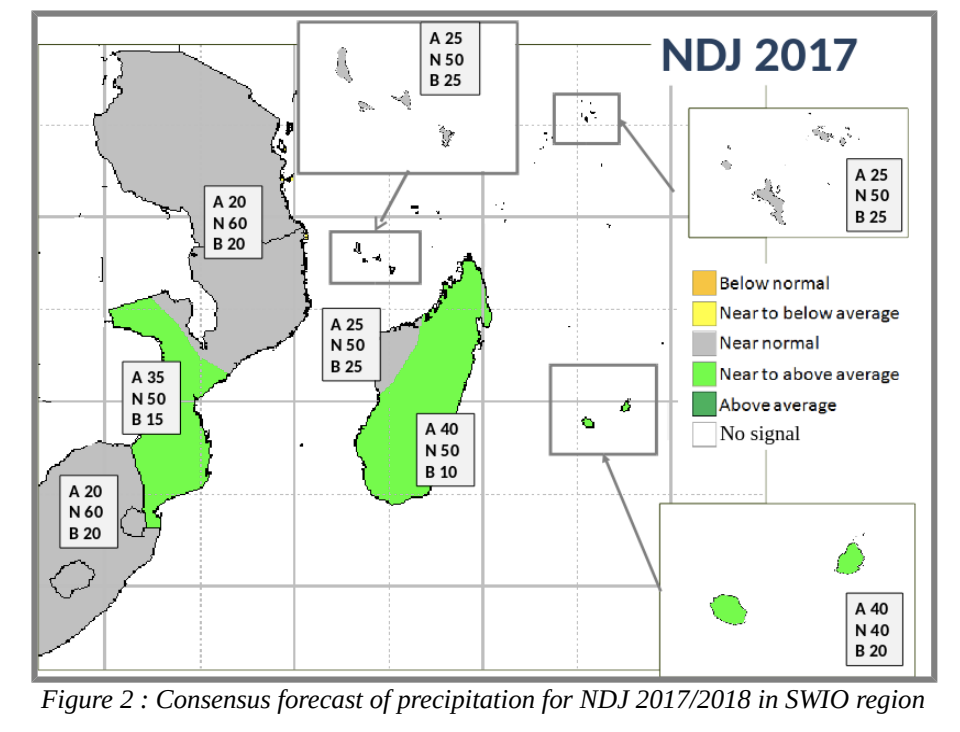 Close to normal average rainfall is likely over most of the South West Indian Ocean region for the October-November- December season (OND). During the November-December-January season (NDJ), normal to above rainfall is expected over La Réunion and Mauritius, the eastern part of Madagascar and southern part of Mozambique. The remaining parts of the region (Seychelles, Tanzania, north part of Mozambique, west coast of Madagascar, Comoros, East of South-Africa) are expected to receive close to normal rainfall.

There was a pre-COF training workshop on strengthening of technical capacities of South West Indian Ocean NMHSs to develop seasonal climate predictions including outlooks of cyclone activity. It made use of a regional-specific climate prediction system developed by Météo-France that builds on the Météo-France ARPEGE global numerical weather prediction model and the International Research Institute for Climate and Society’s Climate Prediction Tool.

This event was held in support of implementation of the Global Framework for Climate Services . WMO’s collaborating partners for this event included Météo-France, the African Centre of Meteorological Application for Development (ACMAD),  the Indian Ocean Commission and the Seychelles Meteorological Authority.