Start of 2018 marked by extreme weather 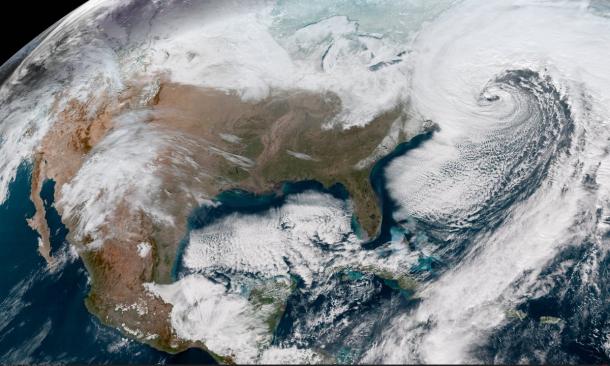 Start of 2018 marked by extreme weather

The start of 2018 has been marked by extreme weather, including heat, cold, precipitation and high winds, with widespread impacts on public safety, transport, energy and health. National meteorological and hydrological services have issued regular and reliable forecasts and warnings about the weather and water-related hazards.

When one part of the world is cold, there is likely another part of the world experiencing abnormally warm conditions. This is because the day-to-day weather of Northern Hemisphere features undulations or wave patterns,  which are characterized by "valleys" (troughs) allowing cold air, and by "hills" (ridges) being typically associated with warm air. This is part of natural climate variability, which continues to play a major role on monthly and seasonal timescales.

A major winter storm hit the eastern coast of North America on 4 January, causing major travel disruption and flight cancellations. It battered coastal areas with heavy snow, blizzards and strong winds, from Florida in southern USA to Maine. Satellite images showed a long line of clouds stretching over a thousand miles south of the storm, which drew in moisture all the way deep in the Caribbean. Talahasee, in Florida, had its first snow in 28 years, according to the US National Weather Service. The city of Boston suffered coastal flooding after it saw the highest ever recorded tide since 1921. Some flood waters froze in frigid temperatures, prompting NWS Boston to warn people against “going out and floating on icebergs..”

The mid-latitude cyclone was widely known as  “bomb cyclone” because it underwent rapid intensification over a very short period. Official NWS surface analysis showed a central pressure of 951 millibars – a pressure drop of 59 mb in 24 hours. The low was located about 300 miles south of Boston. “Although no unprecedented, the explosive deepening of mid-latitude cyclones over this part of the Western Atlantic during winter (where central pressure drops more than 50 mb in 24 hours) is rare. Detailed records over the past 45-50 years suggest a return interval for this event, in this area, may only occur ever 25-30 years,” said NWS. In Canada, the extreme weather conditions included 56 cm of snow in Northern New Brunswick, 79 mm of rain in Southern New Brunswick, wind speeds of 170 km/h in
Cape Breton Island (Nova Scotia) and Wreckhouse in Newfoundland.

The “bomb cyclone” was followed by a further drop in temperatures, with a number of new daily cold record temperatures being set from 5-7 January. NWS warned that the Arctic air mass and dangerously cold wind chills expected across much of the eastern two-thirds of the country. After the chill, a widespread January thaw is expected for much of the USA with above normal temperatures for mid-month.

n a cold snap which started late December, more than 70 low temperature daily records set for long-term stations in Canada with records dating back to 1870s in some cases. The North Pole was as 20°C warmer than some southern Canadian Prairie cities. In some locations in southern and central Canada,  wind chill values dipped between -45°C  and -50°C, freezing exposed flesh in a minute.

Whilst it has been frigid in much of Canada and the Midwestern andEastern United States, this has not been the case in the Western USA and Alaska. NASA issued a temperature anomaly map based on data from NASA’s Terra satellite, showing extreme difference in land surface temperatures  from December 26, 2017 to January 2, 2018, compared to the 2001–2010 average for the same eight-day period.

Intense rainfall on 9 January caused flash flooding and deadly mudslides in southern California, where protective vegetation was destroyed by devastating wildfires in late 2017, leading to debris flow in burn scar areas.  A number of fatalities were reported. "Areas that had been roadways, driveways, and homes, are now unrecognizable due to the large amount of mud and debris flows," said Venture County Air Unit. National Weather Service office issued regular warnings about the heavy rain, flash flood and mudslide risk. San Diego broke a daily rainfall record. Las Vegas received 1.24 inches (31.5 mm) of rain, or one quarter of the average annual total, within a matter of hours. 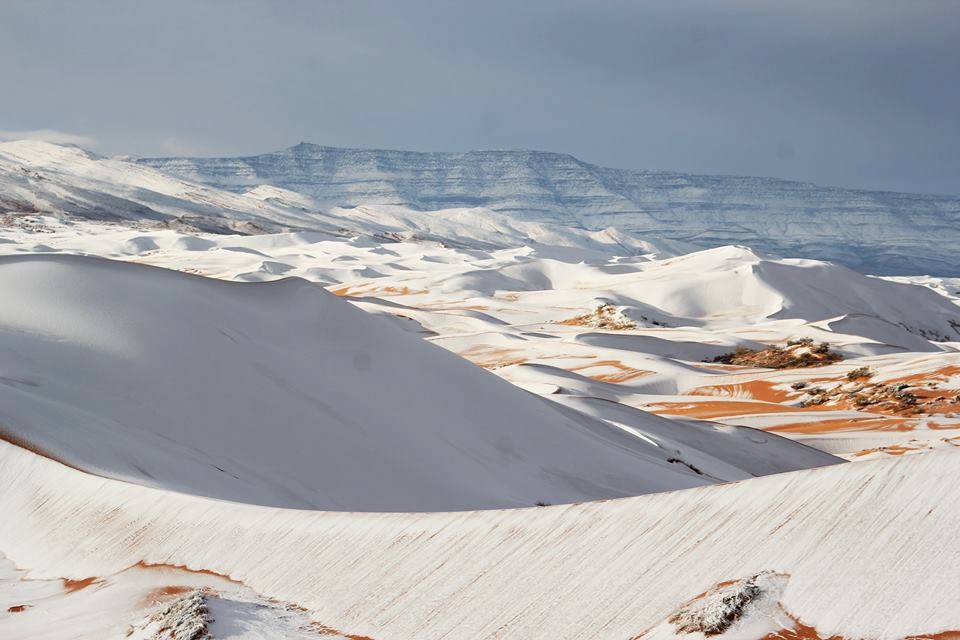 Europe also experienced extreme weather, with a powerful storm which brought strong winds and heavy rain to Ireland, UK, Germany, France, Switzerland, Austria and Italy. During 3 January, the storm – known as Eleanor - passed from Ireland and UK down through the Alps and reached Corsica in the evening. Wind gusts of 155 km/h were recorded at Knock Airport, Ireland. Meteo France said one quarter of France had winds of more than 100 km/h.

Heavy snowfall and mild temperatures led to a heightened avalanche risk in many parts of the Alps. More than 120 cm of new snow fell within 48 hours in Tignes in the French Alps on 8-9 January, according to Météo-France, with similar amounts falling in parts of the Alps. Transport links to many resorts in France, Switzerland and northern Italy were affected. Snowmelt combined with sustained precipitation caused flood alerts in parts of France, Germany and Switzerland.

A sustained large-scale low pressure system brought cold, stormy weather to much of the western Mediterranean region, including Algeria, Morocco, Spain, Portugal and south of France over the weekend of 6-7 January. Parts of Southern France received more than one month's worth of rain and the town of Montpellier received two months' worth. Snow was reported on high-altitude areas of the Sahara desert in Algeria.

From January 2 to 4, central and eastern China saw heavy rain and snow in Shaanxi, Henan, Hubei, Anhui and Jiangsu provinces. There was cumulative precipitation of 10-30 mm in many areas, and 40-60 mm in south-eastern Henan, eastern and northern Hubei, central Anhui, and portions of central Jiangsu. “Monthly rainfall extremes have been broken by daily rainfall in 92 counties and cities in areas like Henan and Shaanxi,” according to the China Meteorological Administration.

Parts of the southern hemisphere are witnessing extreme heat.

The South African Weather Service issued warnings for a heatwave “with persistently high temperatures” over many parts of the country from 5-8 January.

Widespread parts of Australia were gripped by intense heat from 5-7 January. The weather station at Penrith, Sydney, reached 47.3°C on 7 January (Sunday) at the height of the Sydney heat, according to Australia's Bureau of Meteorology. Hot, dry and gusty conditions led to an elevated fire risk through parts of South Australia and Victoria. This was followed by severe thunderstorms, heavy rain and damaging winds which struck New South Wales.

There was extreme heat in Patagonia, Argentina on 8 January. San Antonio Oueste saw an afternoon temperature of 43.5°C (3rd hottest on record), with other stations reporting more than 40.0°C, according to Argentina's meteorological service, SMN. Argentina saw its hottest year on record in 2017.