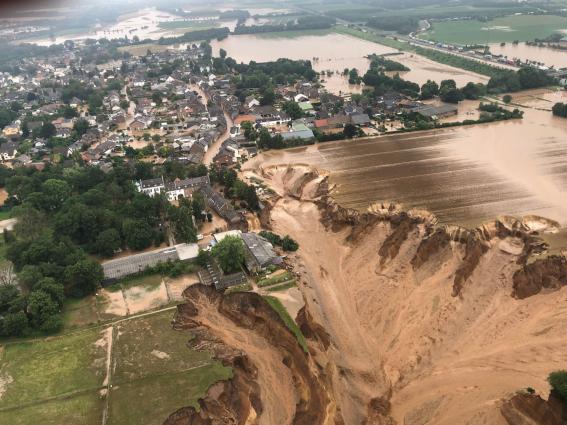 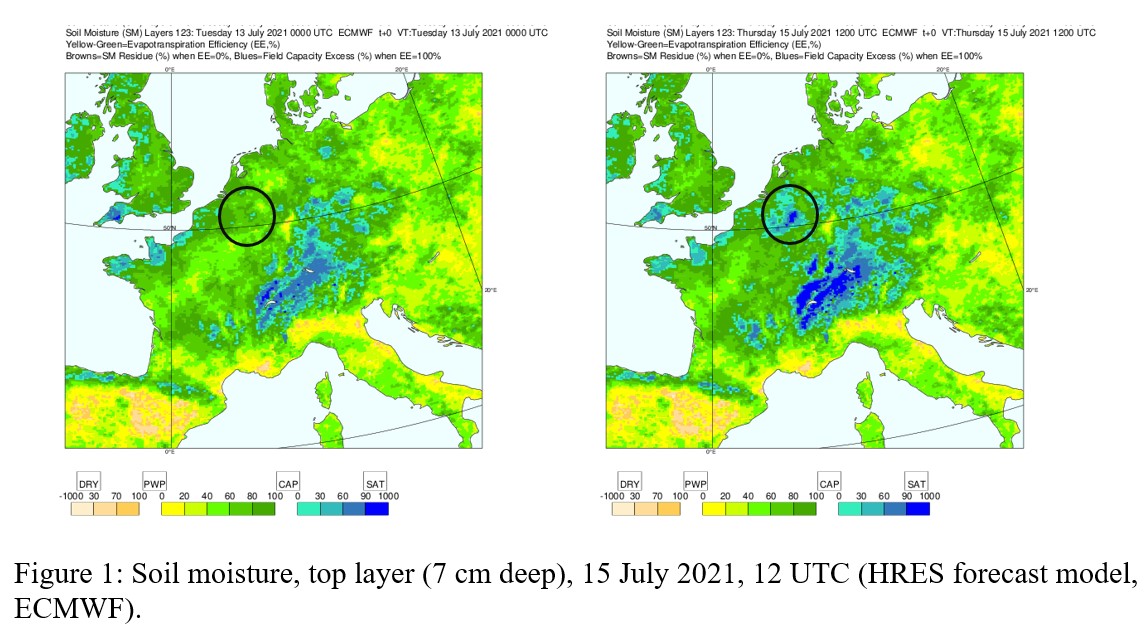 "Whilst rapid attribution studies have shown the clear link between human-induced climate change  for the unprecedented heatwave episodes recorded in the Western United States and Canada, weather patterns over the whole northern Hemisphere have shown an unusual planetary wavy patterns in this summer. This has brought unprecedented heat, droughts, cold and wet conditions in various places. The connection of this large-scale disturbance of summer season with the warming of Arctic and the heat accumulation in the ocean needs to be investigated," said Dr Omar Baddour, head of WMO Climate Monitoring and Policy Division.

Some parts of Western Europe received up to 2 months worth of rainfall in 2 days (14 and 15 July) on soils that were already near saturation. The top 1 meter of soil was completely saturated or well above field capacity after the intense rain in the most affected regions of Belgium, Netherlands, Luxembourg and Germany.

In terms of the human toll, Germany and Belgium were the worst hit countries by the floods in Europe. Authorities reported at least one hundred people were killed, with many more missing as people were trapped or swept away by waters. Images of collapsed houses and landlides showed the force of the waters.

"It is a catastrophe. There are dead, missing and many are still in danger," says Malu Dreyer, President of the German state of Rheinland Pfalz, which was one of the worst affected areas, with collapsed houses and widespread flash flooding.

Throughout the affected countries, national meteorological and hydrological services issued numerous warnings, including top level Red Alerts to warn people of the risk to life.

This situation was due to a near-stationary low-pressure weather system which has established over Germany. This unstable, baroclinic system usually moves slowly over a confined region, and it is associated with strong convergence and upward motion leading to heavy rainfall.

Luxembourg, the Netherlands and Switzerland and parts of north-eastern France were also been badly impacted.

In Switzerland, MeteoSwiss described high water levels as critical. The top Level 5 flood warning is in place for lakes Biel, Thun and the Vierwaldstattersee, and level 4 for Lake Brienz, the Rhine near Basel and Lake Zurich. 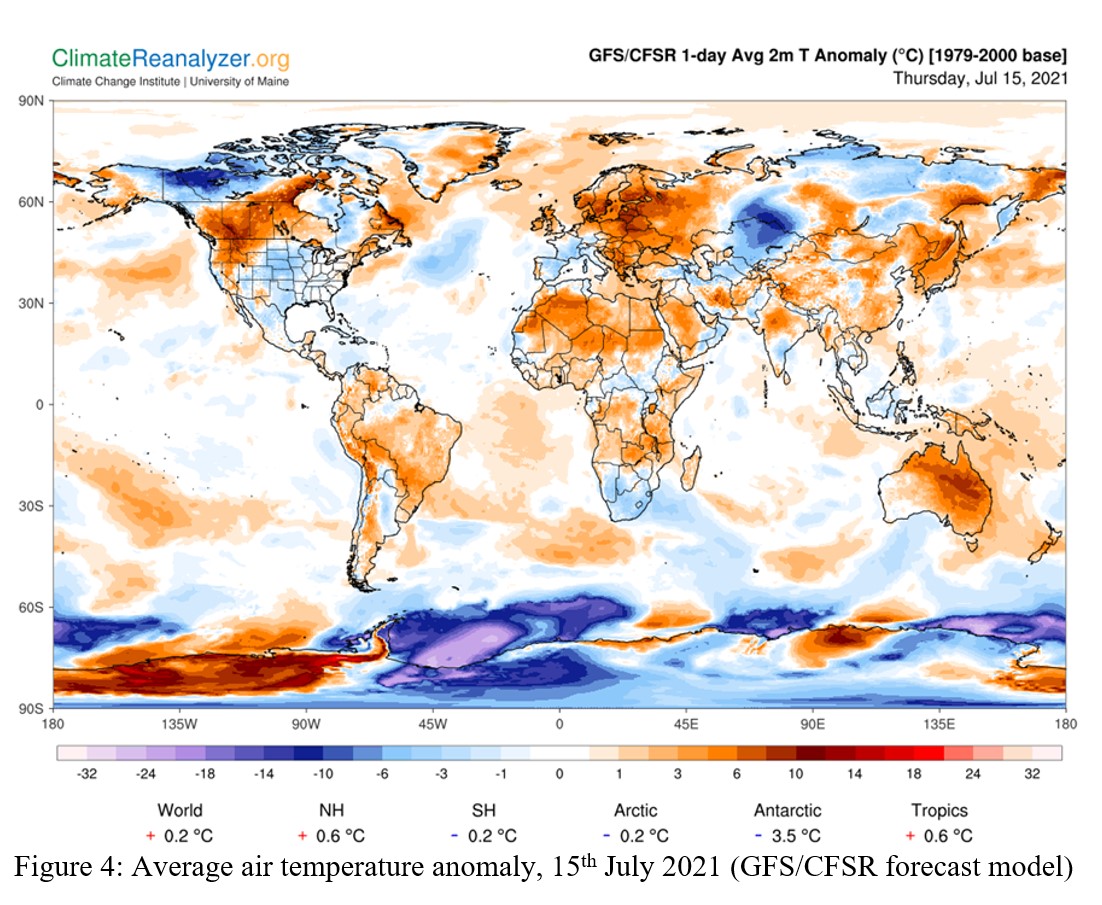 Flash flooding paralysed London’s transport network on 12 July as around 70 mm of rainfall fell in a short space of time over a highly populated urban area.

While Central Europe suffered deadly floods, Northern Europe has been gripped by an extended heatwave

Finland had its warmest June on record, according to FMI. And the heat has extended into July. Kouvola Anjala, which is in southern Finland, has seen 27 consecutive days with temperatures above 25°C. This is the longest heatwave in Finland since at least 1961.

In Lappeenranta Hiekkapakka and Porvoo Kalbådagrund temperature did not drop below 24.2°C (12 h minimum). Both readings tie the warmest night ever recorded in Finland, according to researchers at the Finnish Meteorological Institute.

The Gulf of Finland in the Baltic Sea is record-warm, up to 26.6°C on 14 July, the warmest since records began 20 years ago, according to the Finnish meteorological service.

Western USA and Canada has also been gripped by heat, with many records broken in the most recent heatwave last weekend in SW USA. eg Las Vegas tied its all-time record of 117°F (47.2°C), as did Utah. 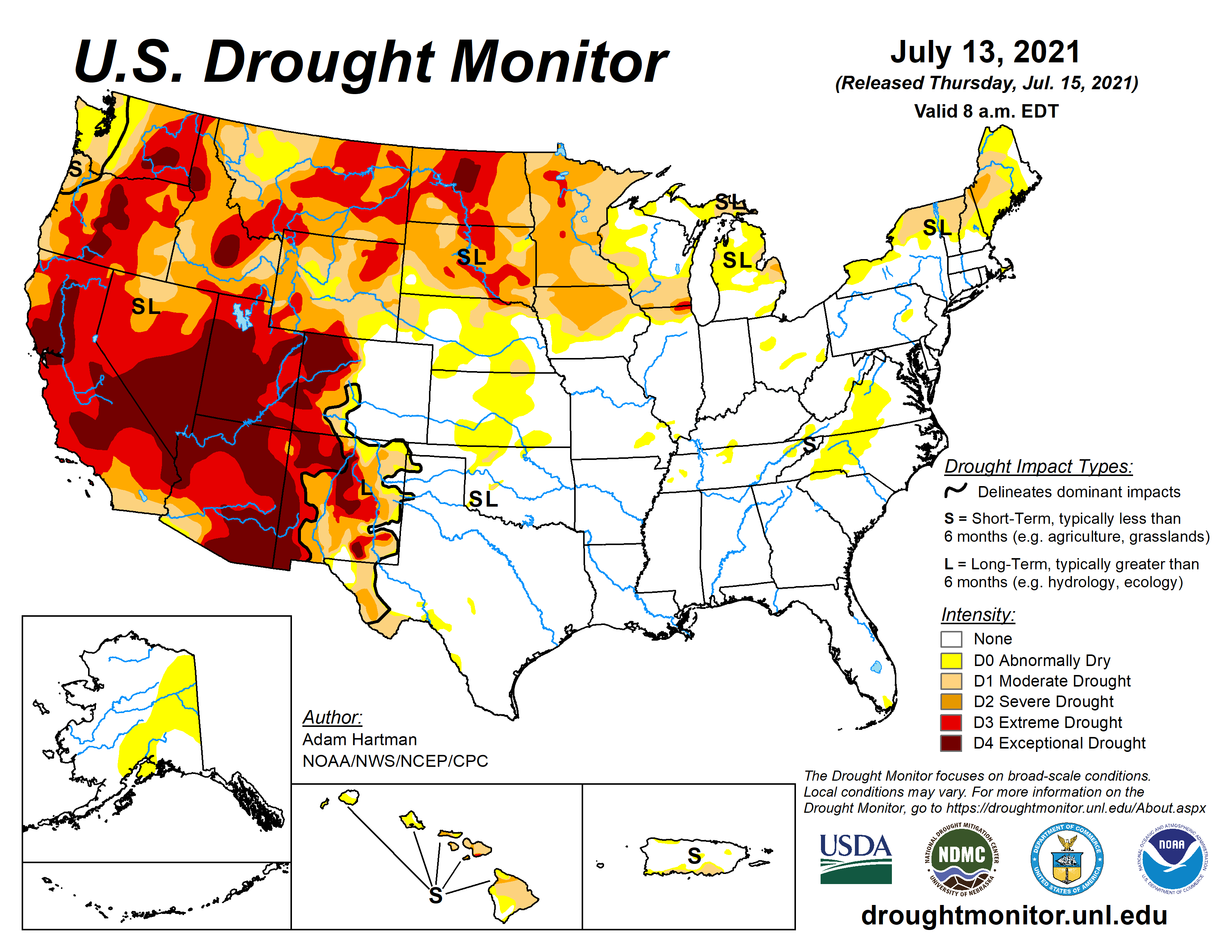 Death Valley, California had reported temperature of 130°F (54.4°C) 9 July, according to the US National Weather Service in Las Vegas. WMO is ready to verify new extreme temperatures We are currently evaluating 130°F reading in Aug 2020 at Death Valley, which holds world highest temperature record.

The US National Weather Service on 16 July issued new warnings of excessive heat in Northwest Pacific which was hit by the end of June heatwave.

The megadrought conditions, very dry fuels and heatwaves are fuelling the occurrence of extreme wildfires this year in west USA, as well as western and central Canada. 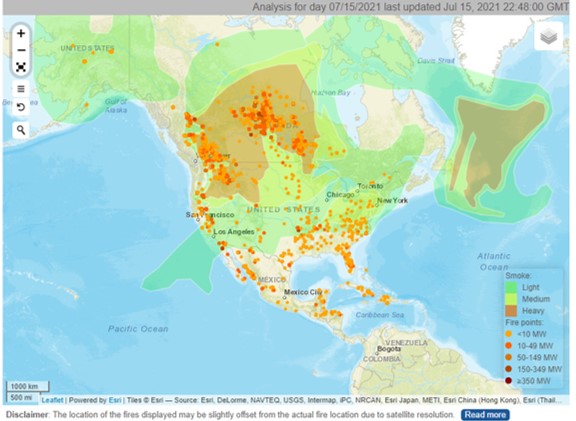 Climate change is already increasing the frequency of extreme weather events, and many single events have been shown to have been made worse by global warming.

As the atmosphere gets warmer it holds more moisture which means it will rain more during storms, increasing the risk of floods.

Coinciding with the heavy rainfall in London, the UK’s Met Office issued a new study which examines how high-impact weather in the UK, such as extremely hot days, heavy rainfall and very cold conditions, could be affected at different levels of global warming.

The study, published in the journal Climatic Change, found that the higher the level of global warming, the projected increase in frequency or severity or both will be stronger for hot weather, droughts and flooding in the UK. These high-impact weather events can cause significant disruption across the UK affecting sectors such as health, transport, agriculture and energy. 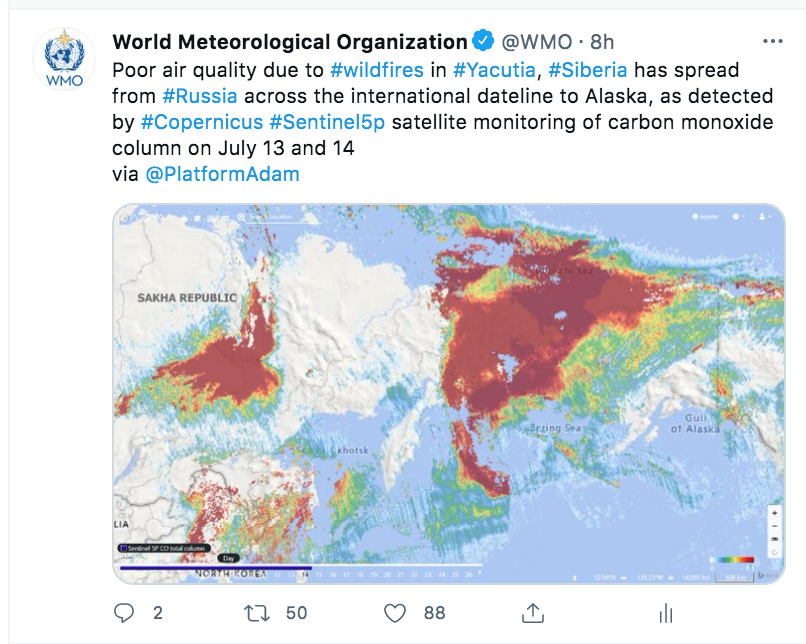 Under a 2.0°C rise in global temperature it is expected England and Wales will receive 9 days (range 8-10 days) of intense and prolonged rainfall.

IPCC Special Report Global Warming of 1.5°C mentions that human-induced global warming has already caused multiple observed changes in the climate system. Trends in intensity and frequency of some climate and weather extremes have been detected over time spans during which about 0.5°C of global warming occurred. Changes include increases in both land and ocean temperatures, as well as more frequent heatwaves in most land regions. Further, there is substantial evidence that human-induced global warming has led to an increase in the frequency, intensity and/or amount of heavy precipitation events at the global scale.

Several regional changes in climate are assessed to occur even with global warming up to 1.5°C as compared to pre-industrial levels, including warming of extreme temperatures in many regions, increases in frequency, intensity and/or amount of heavy precipitation in several regions.