Europe had its warmest August on record, the third time this year (after April and May) that monthly temperatures on the continent have broken records, according to the latest data from the European Centre for Medium Range Weather Forecasts Copernicus Climate Change Service.

At global level it was the fourth warmest August on record, more than 0.2°C cooler than first-ranked August 2016. It was more than 0.35°C warmer than the average August from 1981-2010, according to the monthly report from ECMWF Copernicus Climate Change.

The year 2018 began with a weak La Niña event. But the typical cooling influence of La Niña was not enough to reverse the long term warming trend as a result of heat-trapping greenhouse gases. 2018 is so far the warmest La Niña year on record.

August capped an extended spell of heat for Europe, accompanied by droughts, heatwaves and wildfires.  The United Kingdom had its joint hottest summer on record (with 2006, 2003 and 1976). Germany and France had their second warmest summers on record, and France reported the highest number of lightning strikes on record.

Nordics and Baltics: cooperation on weather and climate change

Most of the Nordic and Baltic countries experienced the hottest summer on record after a warm and dry late spring, with a large number of heat records in Scandinavia, Finland and the Baltic, along with serious forest fires. In contrast, it was extremely wet in Iceland. This was partly a result of a blocking high-pressure system that persisted over the Nordic and Baltic region, diverting the rain to Iceland. 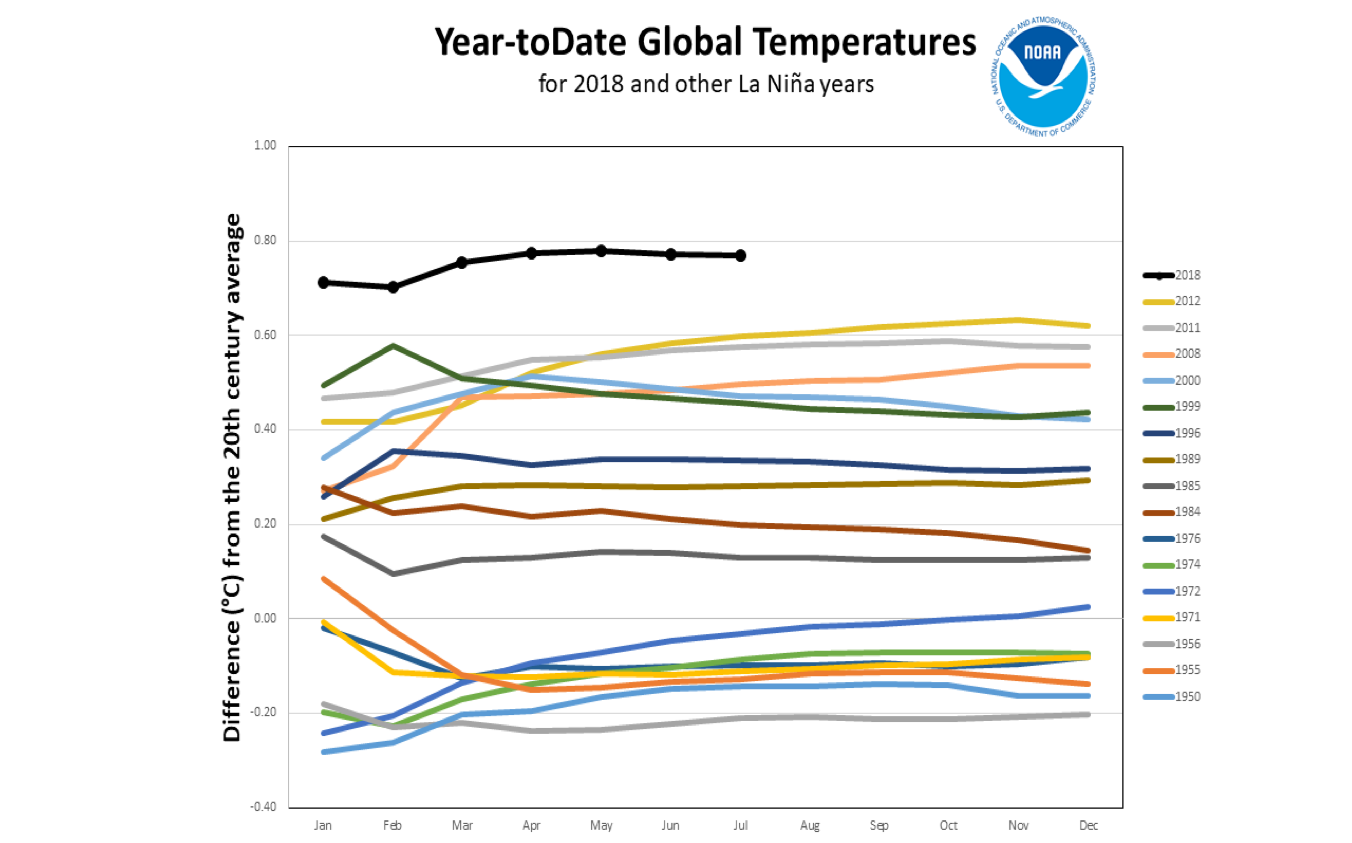 The summer in Finland from June to August was approximately two degrees warmer than usual according to the Finnish Meteorological Institute. On average, such a warm summer occurs every 20 to 30 years in Finland. In some areas, the temperature anomalies were even more extreme.

“Conditions in 2018 were augmented by the long-term warming taking place in the background. Consequently, the record-breaking summer temperatures results from a combination of a persistent blocking high-pressure system, drought, and the gradually increasing background temperature,” said joint article from the meteorological and hydrological institutes of Denmark, Finland, Iceland, Norway, Sweden, Estonia, Latvia and Lithuania.

“Our society must prepare for a changed climate:  More persistent anomalies, which may include heat waves, and floods from persistent rainfall. More extreme rain events, leading to more flash floods. This calls for accurate and early warning of extreme weather events, planning adaptation in society, and reducing emissions,” they said.

Spain and Portugal saw intense heatwaves in August. Deadly fires fanned by high temperatures and strong winds killed dozens of people near Athens on 24 July in one of Greece’s worst tragedies in years.

The contiguous United States tied its 4th warmest summer on record. Above-average summer temperatures spanned most of the nation. The nationally averaged minimum temperature (overnight lows) was exceptionally warm during summer at 60.9°F (16°C), 0.1°F warmer than the previous record set in 2016.  In general, since records began in 1895, summer overnight low temperatures are warming at a rate nearly twice as fast as afternoon high temperatures for the U.S, according to the US National Centers for Environmental Information.

Across the western USA, large and destructive fires burned, especially in California. In Canada, British Colombia declared a state of emergency because of wildfires which burned more than 1,329,162 hectares.

Japan saw its fifth warmest summer on record. On 23 July, Japan recorded its highest ever temperature at 41.1°C at Kumagaya observatory. The number of deaths due to heat illness reached 133 in July, the worst since 2008. Japan also saw devastating floods in July.

Bahrain had 11 days in August with temperatures above 40°C. 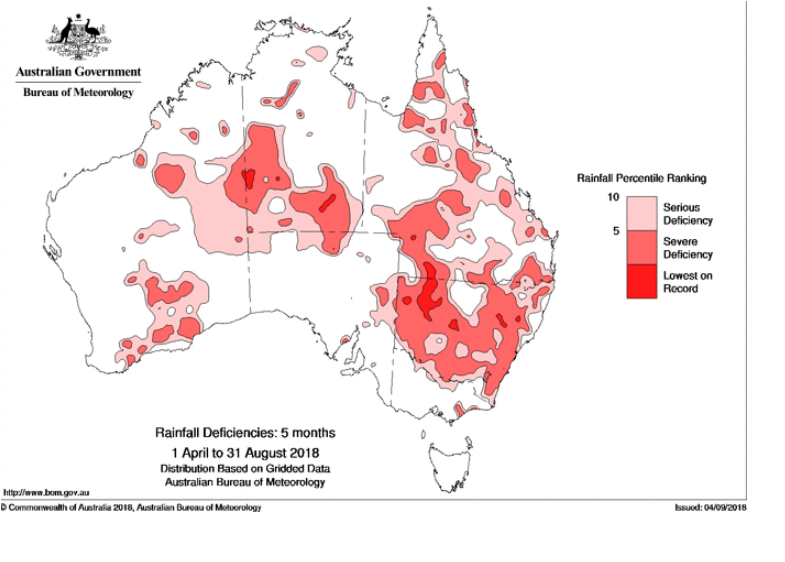 In India, rainfall over Kerala during southwest monsoon season 2018 (1 June to 19 August, 2018) has been exceptionally high. Kerala so far received 2346.6 mm against normal of 1649.5 mm (above normal by 42%). This led to the worst flooding in decades, with more than 400 people killed. The highest excess rainfall is recorded over Idukki District (92% above normal) followed by Palakkad (72% above normal), according to the India Meteorological Department.

In the southern hemisphere, temperatures were generally above average, in particular in parts of southern Africa, though its southernmost tip was below average. Other regions with below average temperatures include northern Argentina, and western and north Australia. Many parts of the Antarctic were much less cold than normal for August, although some limited areas had temperatures that were below average for the month.

Australia saw one of its warmest winters on record, with severe rainfall deficiencies especially in New South Wales.

Details on temperatures and extreme weather in July available here. Details on wildfires in July here